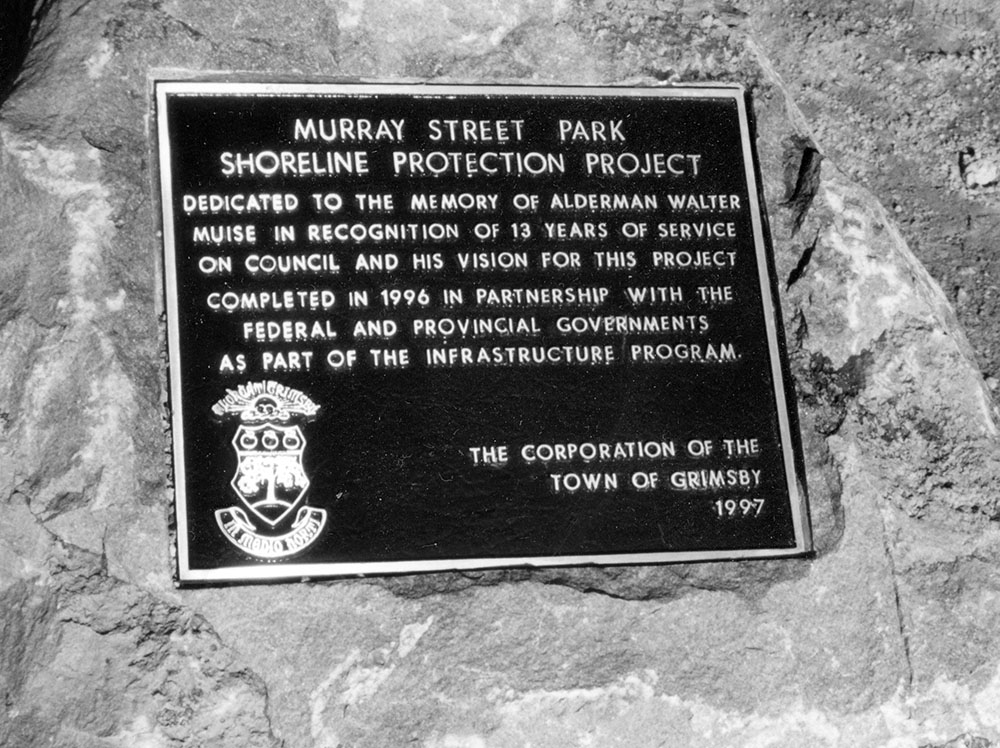 Walter Muise, an alderman for 13 years, was honoured for his commitment to save the shoreline. 9 years after his death this plaque was erected in Murray Street Park.  The ceremony included family, neighbours and his political colleagues, only steps from where he and his co-operators had built their homes together.

Twenty years later, his Granddaughter, enjoys the waterfront that was saved from the erosion that was destroying the shore on Lake Ontario.

Dedicated to the memory of Alderman Walter Muise in recognition of his 13 years of service on Council and his vision for this project completed in 1996 with the federal and provincial governments as part of the infrastructure program. The Corporation of the Town of Grimsby, 1997 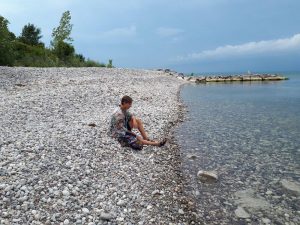 A view of the shoreline that was protected on the advice of Alderman Walter Muise.