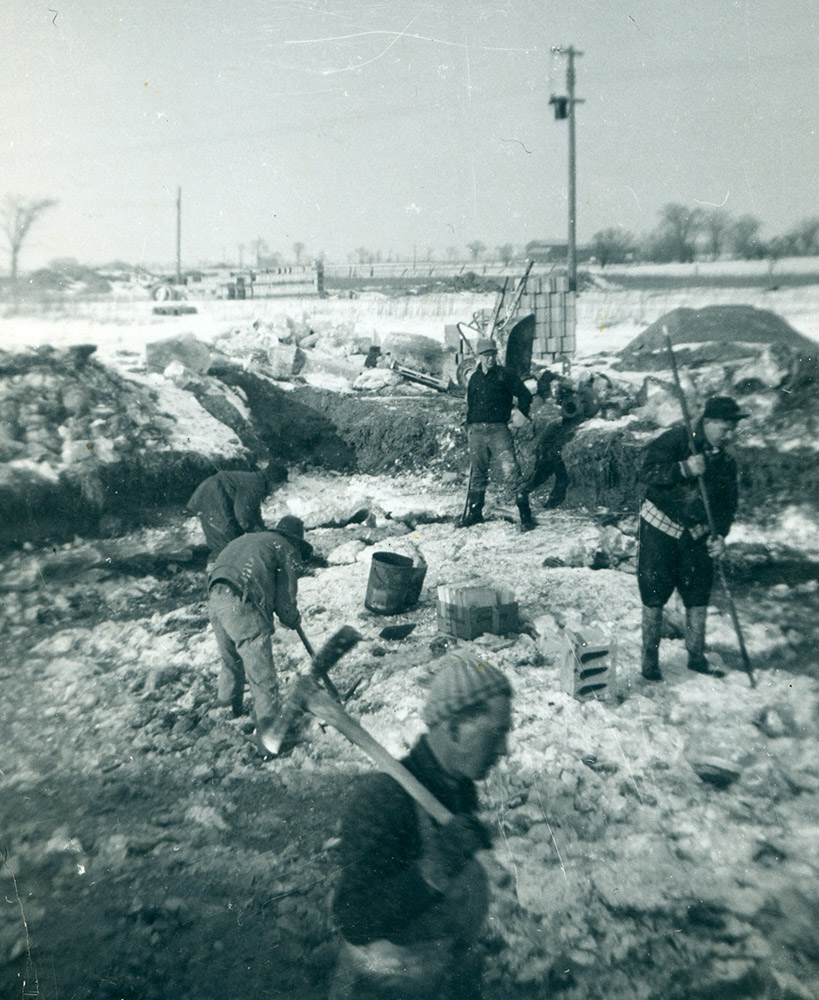 In the hamlet of Wildfield, on a street named Marysfield Drive, 14 mostly Catholic families from Parkdale formed the Family Home Builder Co-operative Ltd.  They chose to build on land purchased from the Catholic archdiocese in the hamlet of Wildfield (near Brampton).  The Catholic community there dated back to the early 1800s, and so the co-operators felt very much at home. The sudden influx of over 40 children allowed the local school to remain open.

Thanks to his article in the Brampton Heritage Times, Wildfield builder Carl Finlay expanded our knowledge of the extended “sweat equity” co-op family in Ontario.

Carl Finlay noted in his 2016 article for the Brampton Heritage Times, “The group created a system of drawing straws to determine which home they would live in, and this was done to ensure that people put equal amounts of work and effort into each home. Families occupied the houses in order of need, and those with many children took the first available dwellings.” 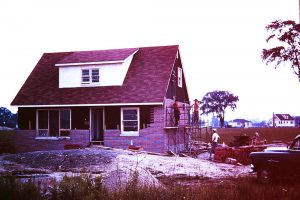 The Family Home Builder Co-operative Ltd. built 14 homes on Marysfield Drive, on one- and two-acre lots in the village of Wildfield near Brampton. Courtesy: Bill Varley