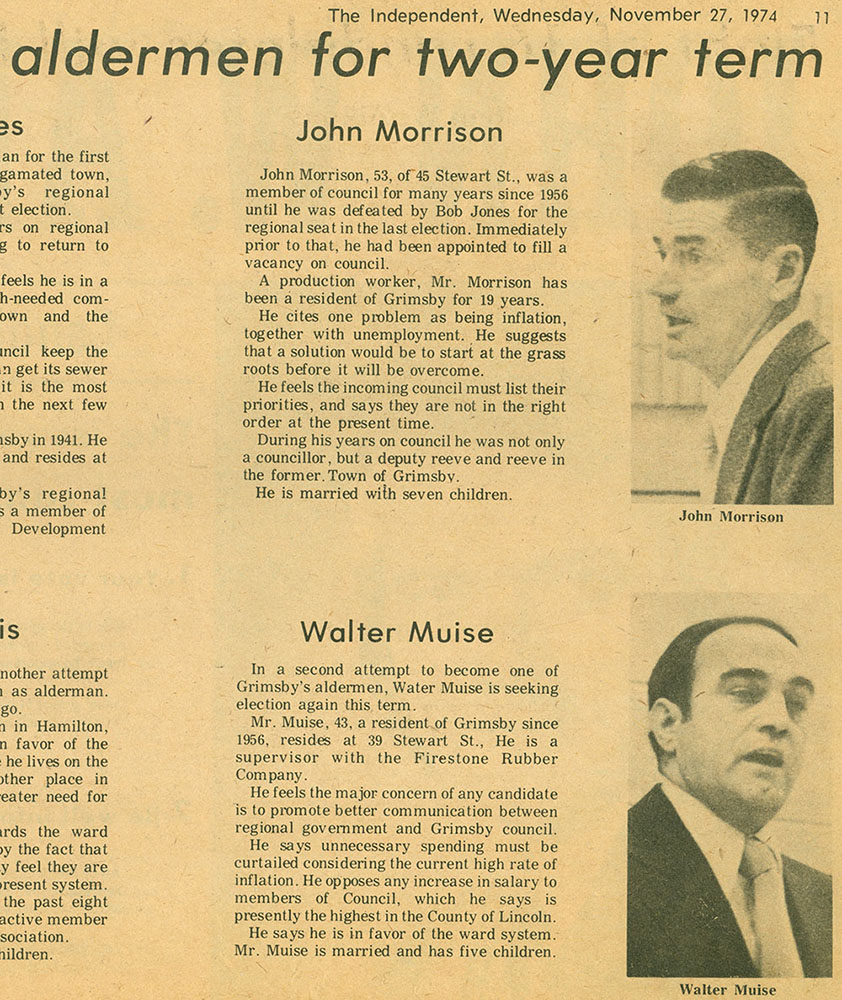 John (Jack) Morrison was first elected to Town Council in 1958, two years after the co-op members moved into their homes. Walter Muise served as alderman for 13 years until 1988.  As noted by Bishop Sherlock, in 2016, “…they did a lot more than build houses. They actually got involved politically, they got involved in the school board. They made a huge impact in the town of Grimsby, that is still there and still effective.”