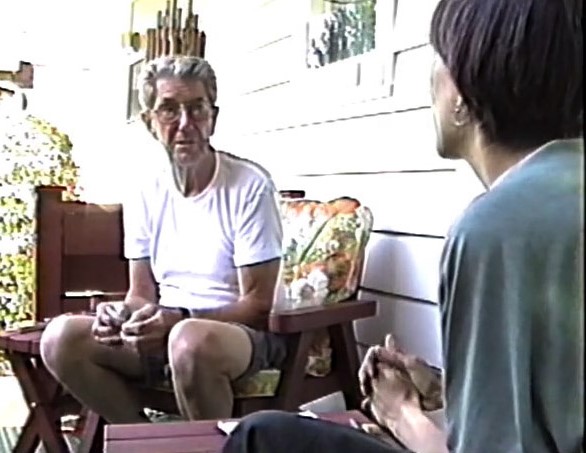 Co-op builder, Bill Joyce, was a wealth of information on the Grimsby Homebuilding Co-operative. Forty years after the build, Janet Muise recorded a conversation with him and later that year with builders Pat and Charlie Gallagher, Barb and John Colleary and her Mom Albertine. Some 20 years later in preparation for the 60th anniversary of the co-op and the “Sweat Equity” Exhibit at the Grimsby Museum numerous co-op builders and their wives told their stories. Some of their memories are included in this VMC exhibit and will eventually be available at the Grimsby Archives. Bill was proud of their accomplishment and would be very pleased that the story is now being shared with so widely.

Bill: … and one of the biggest things that came out of that study, wasn’t the business of people driving nails, the biggest difficulty was getting people to work together…to co-operate. Out of that study group they decided on these number of points and so they formed a co-op group which they named the Marrocco group. They built in Ottawa using the guidelines from their study programs. And one the things that was also an important aspect of the co-op is that you were supposed to pass on what you learned on to other people, so it was a continuous kind of operation. As you learned you passed it onto other people in a formal way. The co-op housing group in Ottawa published what they learned in a guide they may have modified the program a little bit as learned from the first pilot group. Then amended the program and the program we followed was the one that evolved out of the preliminary stuff and that Ottawa group was already up and running and building homes. And the financing through the avenues of Central Mortgage and Housing was in place.