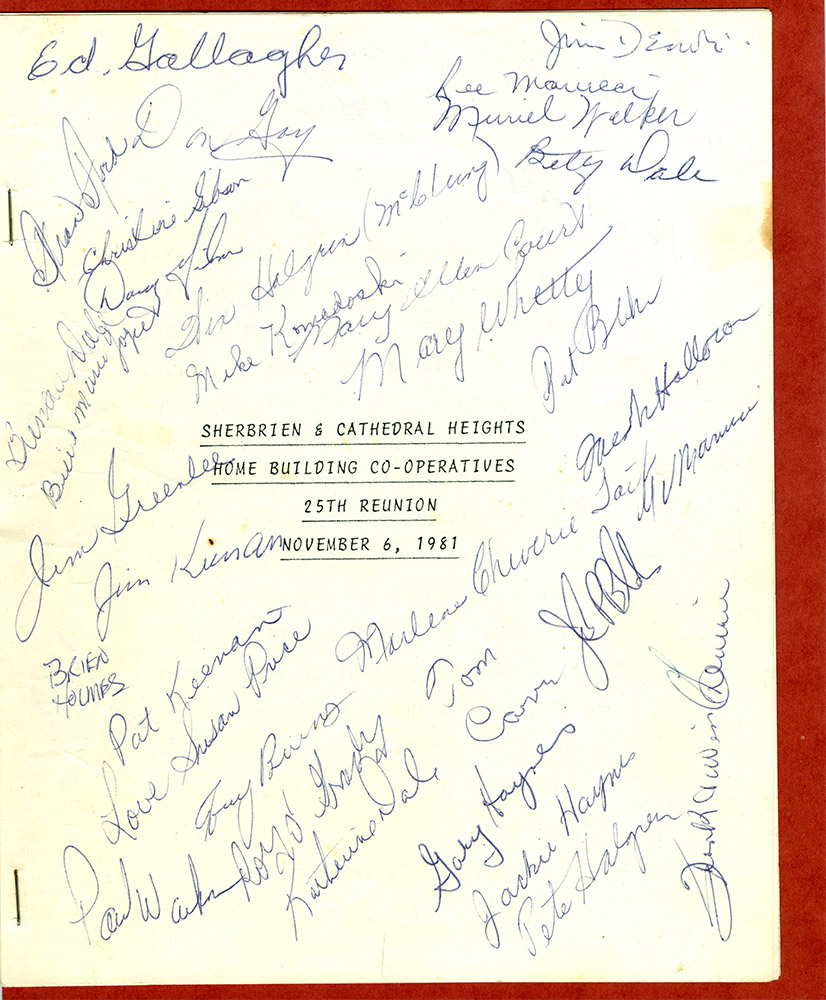 Bob Walsh, once known as “Mr. Co-op,” wrote an “everyman and woman” story about the co-op experience for the anniversary itinerary. Charlie Gallagher wrote about the challenges and wonderful advantages of the co-op. Wilf Worley’s “Co-op Prayer” was also included.  This signed copy is a lovely memento of the camaraderie and community that began in those first study sessions.

Along with the ‘King of the Shingleers’ song, Wilf Worley also wrote the ‘Co-op Prayer’ at the time of the build. The prayer was later included in the itinerary for the 25th anniversary event. Co-op son, Steve Cheverie  narrated the prayer for 60th Anniversary exhibit.