Enjoy the video, Goderich & Teach me Teacher, with a transcription

Goderich was built in 1912, nine miles southwest of Beiseker. There was one room with one teacher for 12-16 pupils. It was closed in 1956.

The main feature of a one room schoolhouse was the mix of grades one through nine. The little ones were in the front in tiny desks. 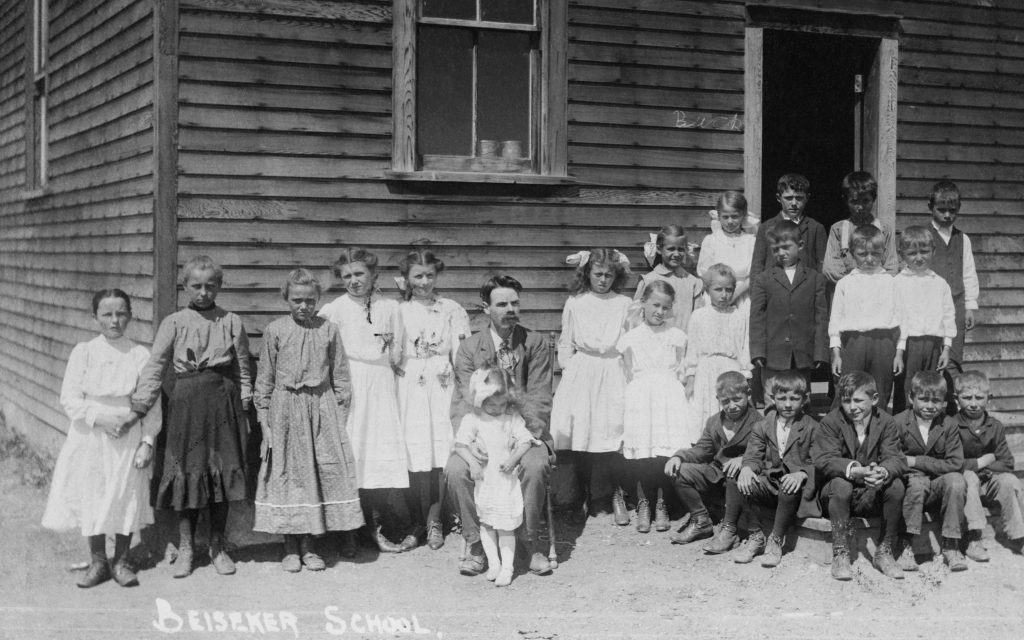 The teacher often spent the evening writing the next day’s lessons in chalk. Students usually copied work off the board as textbooks were precious and had to be shared. The teacher relied on the older children to help the younger ones, which reinforced their own learning.

“We all had to be looking out for the little ones. We would have a favourite and we would watch each other.”

Many teachers were very caring and dedicated. They managed to mother the little ones and keep the older ones in line. 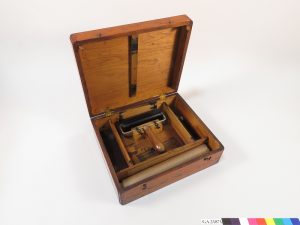 My grade 1 teacher was Miss Crodin. She was always perfectly dressed, and her hair was lovely. She always had white pencil under her nails to make them look white.

Decades later, former pupils recall the dedication of their teachers and marvel at their endurance. It was a very isolated life for them. Still, it could be a good opportunity for young teachers to gain experiences that would shape their life. While a few teachers continued in their careers, many young women in this era did not, and instead focused on raising families.

Before settlers came, Blackfoot community members shared the responsibility of teaching. Experts in different areas would guide children to learn about specific skills or abilities. Most children also had a particular relative who was responsible for general education and guidance. These practices still exist in many forms in Blackfoot communities. 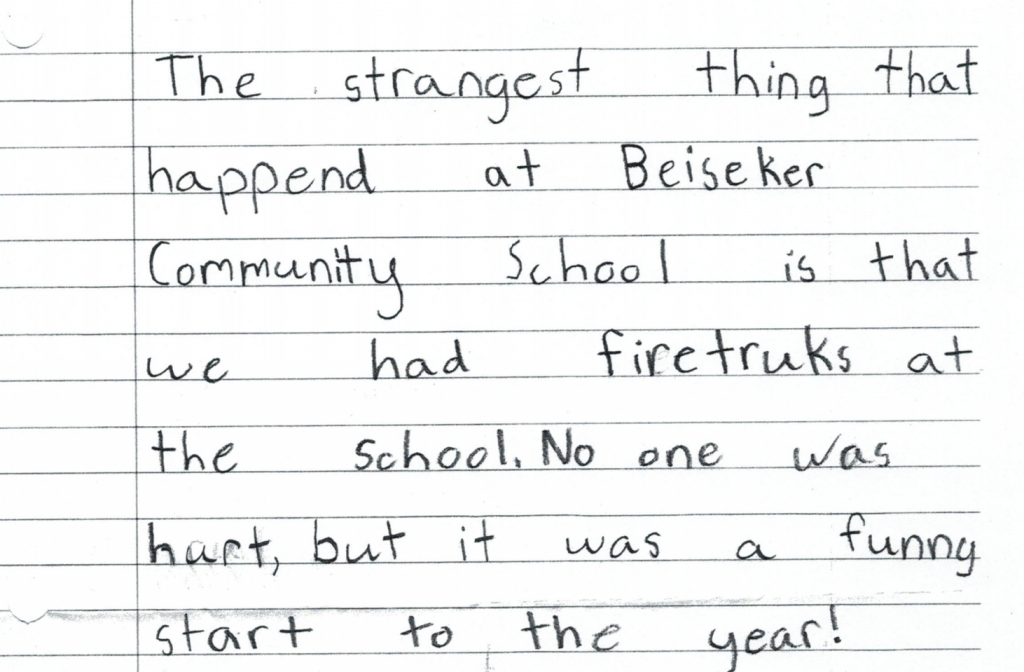 The winner of our contest by a current local student .

Myranda Weir was the winner of the Beiseker Station Museum story writing contest. Thank you Myranda!

Ceremony and Tradition Greenfield 1912-1950, Other Work to Do