Enjoy the video, Craigduh Health and Wellness, with a transcription

Little is known about Craigduh School, which operated from 1926 to 1943. Much of the information about country schools exists solely in the oral or written testimony of students. Many formal records were destroyed in fires or not considered important to save after they were closed. In the case of Craigduh school, almost no evidence is left of its ever having existed. 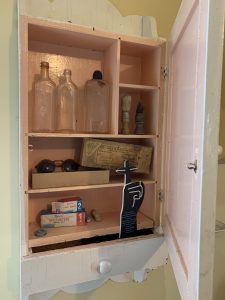 In the early days of prairie settlement, hospitals and doctors were not common. In 1907, Alberta legislated the Public Health Act to expand public health services, protect the health of children and reduce infant mortality. By 1910, regular medical inspections were introduced in schools. Health lessons and sanitary precautions were integrated into the curriculum.

The Spanish Influenza epidemic of 1918 revealed the need for more extensive public health services. The United Farm Women of Alberta (UFWA) founded the Alberta District Nursing Service to expand existing health services. UFWA president, Irene Parlby (one of the Famous Five), maintained that since the government had encouraged settlement into the ravaging condition of the prairies, “It was the duty of the government to safeguard the lives of these people and their families.”

“Before my generation, clinics (were sent) out. They took care of health needs including removing tonsils at school. You were sent home on the same day.”       Leah Uffelman 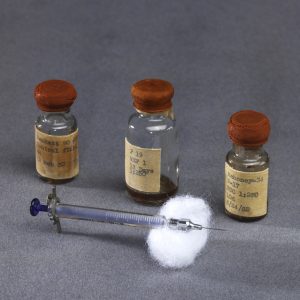 Children also encountered epidemics of measles, mumps, and rubella. In the tiny schools, if one child contracted an illness, often the whole school came down with it. Vaccinations for these were not discovered until the 1960’s. Poliomyelitis was a very real threat that presents a wide variety of seemingly unrelated symptoms, some very mild, other times causing paralysis and severe breathing problems. Epidemics arose frequently and could strike anytime, it caused great fear until the vaccine was administered in 1955.

In Blackfoot communities, health was also a part of standard education for children. Highly trained and skilled individuals oversaw different aspects of wellness for their community. When a particular child displayed aptitude or interests in this area their skills would be supported and cultivated.

Current Beiseker Community School student Layla Tate Poimer, described the strange experience of her school closing due to the COVID-19 pandemic in 2020. She says, “I went home on a Friday and on Monday I couldn’t come back.”