Enjoy the video, Ceremony and Tradition with a transcription

School days in Alberta prairie schools generally began the same way, regardless of whether the students were settlers or Indigenous. British loyalty and Protestant ethics dictated all ceremony and tradition. Rituals stressed the importance of patriotism and discipline.

The singing of God Save the King (until 1952, when Elizabeth was coronated), was followed by O’ Canada, while saluting the flag. After  the Lord’s Prayer, the ceremony concluded with pledged patriotism. 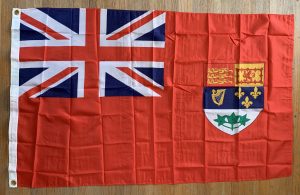 I salute the flag,

The emblem of my country,

To whom I pledge my love and loyalty.

As a British colony, the Union Jack was Canada’s flag until 1965, when the current maple leaf flag was adopted. The flag was displayed in the schools alongside a picture of the King of England, and often Queen Mary and Queen Victoria. 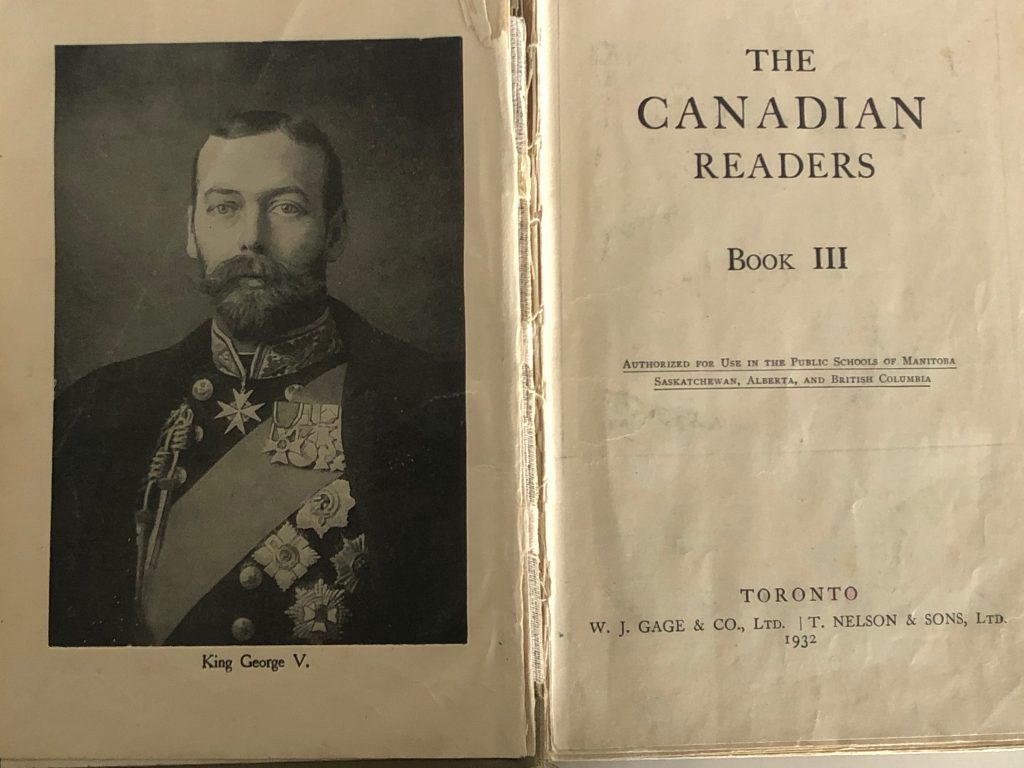 O’Canada was first written by Calixa Lavallee for French Canada in 1880 to reflect the values of Quebec. Due to its popularity, it went through a series of rewrites in English Canada. In 1908, Robert Stanley Wier’s version included the lyrics, “Thou dost in us command.” In 1914, the year Canadians wholeheartedly entered the First World War to fight for Britain, this passage was changed to “All thy Sons.” In 2018, a motion to change the lyrics to the gender-neutral version, “In all of us command,” was passed. It was not until 1980 that O’Canada officially replaced the royal anthem God Save the King.

While explicit nationalism in Canada is not as predominant as during the First and Second World Wars, the prevalence of nationalistic rituals remains. School children still sing O’Canada at the start of every day. The current Grade 11 Social Studies curriculum focuses explicitly on nationalism and nations vs nation states. It is widely held that Canada seeks to preserve a sense of nationalism in order to combat the overwhelming influence of American culture. 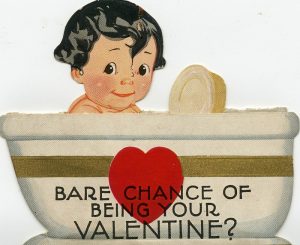 A clever Valentine which may be exchanged at school.

Interwoven within nationalism are cultural and religious practices such as the Sunday School picnic and the Christmas concert. Although Canada is a secular nation, leanings toward a Judeo-Christian belief system are evident and accepted. Structurally embedded traditions such as the Christmas break, celebrating Valentine’s Day and Easter punctuate the annual calendar, despite our secular status. Traditions such as Sport’s Days, fall suppers, and other community gatherings mark our connection to the land and the seasonal changes.