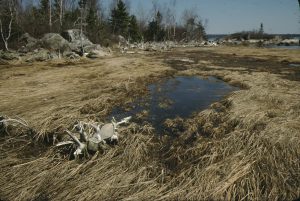 Slowly, settlement spread along the Atlantic coast of Nova Scotia. Soldiers cut the first road from Halifax around Cole Harbour in 1754, establishing a new settlement called Lawrencetown on its eastern side. Farms began to develop. Gradually the area became known as Cole Harbour, taking its name from the harbour to the east.

Most of the land was distributed in 17th and 18th century grants. The largest, in 1765, comprised six 500 acre lots. Lot number 6, the only one that bordered the Cole Harbour estuary, was granted to George Frederick Ott, originally from Germany. It was a choice site on the western side of the harbour, and unlike many of the original grantees, Ott’s family continued to occupy part of his grant for several years.

Smaller ships could sail channels carved in the marsh mud by out-flowing streams to reach the head of the harbour. Some early Cole Harbour families took part in shipping ventures; one settler is said to have built small coasting schooners on harbour shores. Shipments of lumber from lands near the harbour travelled south down it to the Atlantic, and onwards to Halifax and overseas. 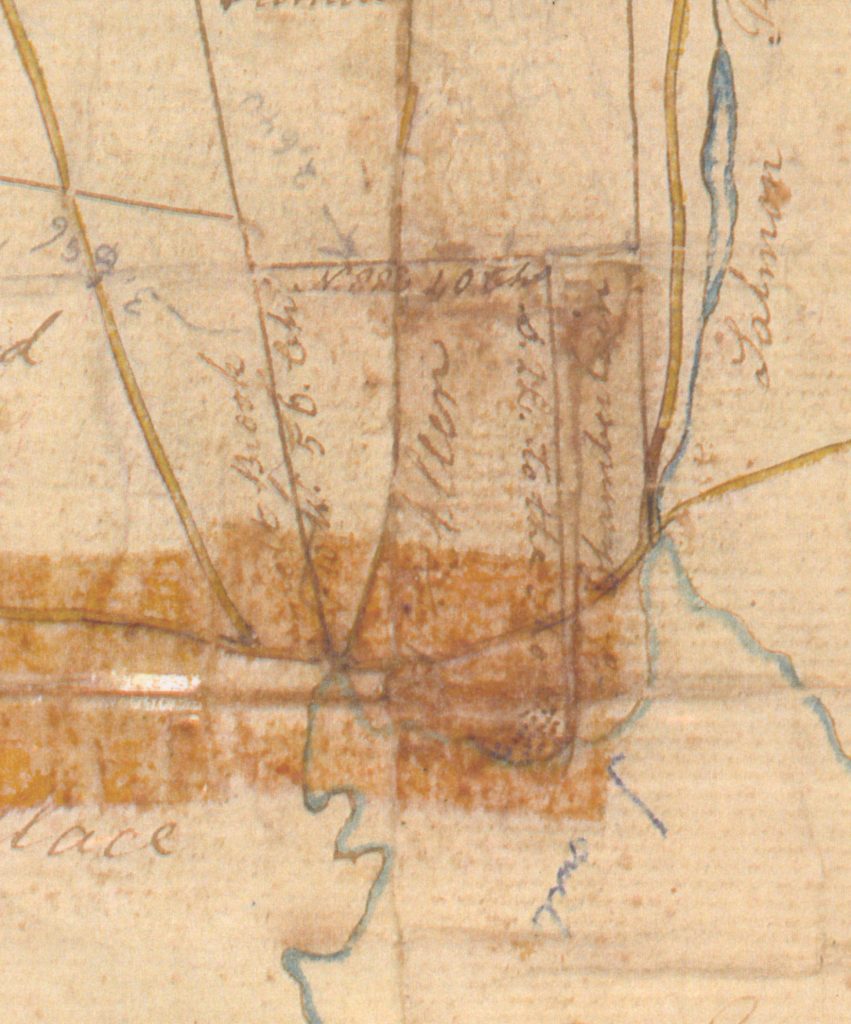 Section of “Plan of Two Hundred Acres of Land sold by Sir John Wentworth to Wm Allen,” showing Lawlor’s Point. The dots on the end of the point are thought to mark the graves of shipwreck victims. 1801. CHRHS Archives.

At least one shipwreck  occurred; an old plan of the cemetery on Lawlors Point, at the head of the harbour, shows some unmarked graves thought to be those of shipwreck victims. 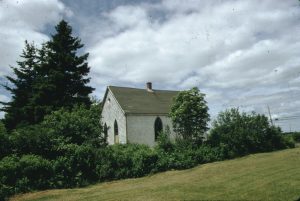 One structure survives as a reminder of the days of sail in Cole Harbour: a Methodist meeting house built in the early 1830s near the crest of Long Hill, overlooking the harbour. Now obscured by trees, it was used originally as a landmark for ships entering the harbour, and is shown as such on a map of the time.

North of the harbour, waves of settlement were occurring. Although the communities were served by a rudimentary road, many people preferred to travel by water through the harbour and along the coast to Halifax. Some United Empire Loyalists were granted land to the north of the harbour, in the area known as Preston, at the end of the 18th century. Little of this land was suitable for farming and most grantees moved away, including a group of Black Loyalists who chose to leave for Sierra Leone after a few years of struggling with their poor land. 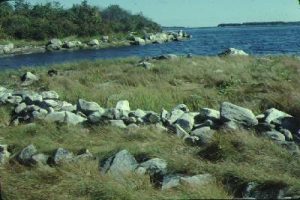 In 1796, the Jamaica Maroons were brought to Halifax from the Caribbean. Some were employed on government projects in the city such as improvements to the Halifax Citadel. Not accustomed to farming, the Maroons also found the land in Preston unsatisfactory, and most opted to be resettled in Africa in 1800. Tradition credits the Maroons with a number of buildings in the area, as well as a stone dyke intended to keep tidal waters out of a small cove on Lawlors Point, built to gain a couple of acres where they could make hay.

The provincial lieutenant-governor, Sir John Wentworth, established a farm in the Preston area, to which he retreated as often as possible.  He travelled by water through the Cole Harbour estuary to this estate, arriving at the head of the harbour and riding to his destination. Other primitive roads connected landing sites to Preston.  The one most regularly used is marked on a later map as a Public Landing Place.