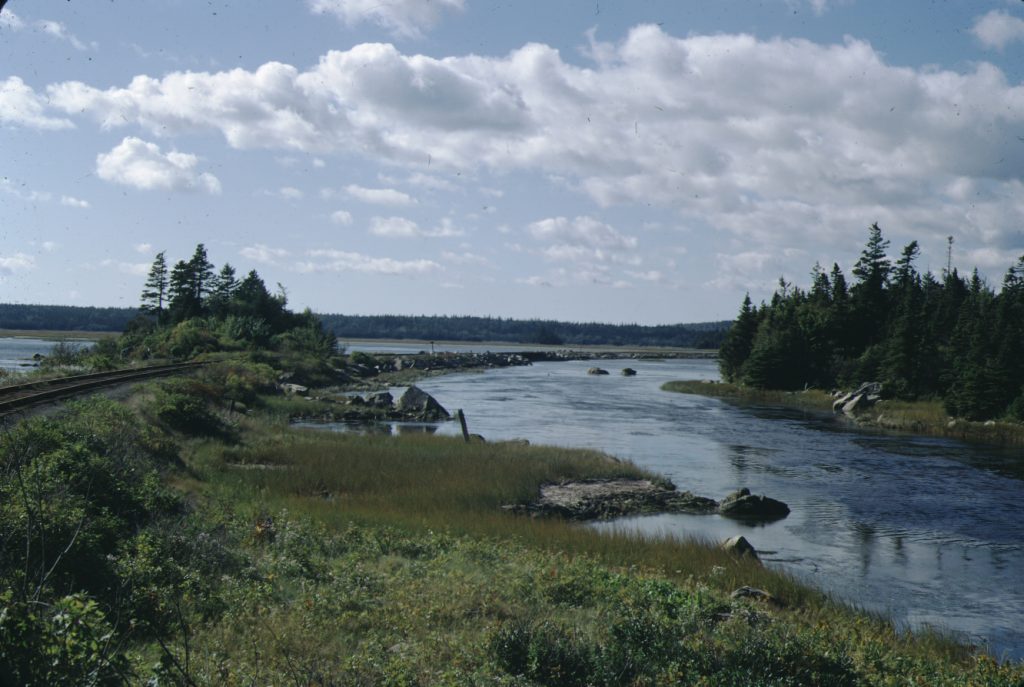 Ongoing change characterizes the fragile, but resilient, system that is a salt marsh. Although it looks much the same to us as it did to previous generations, the Cole Harbour salt marsh in the 21st century has absorbed, and continues to absorb, both man-made and natural changes. Beautiful today, it is a different place and will be different again in years to come. Warming weather and rising sea levels will continue to affect the estuary causing increased storm damage.  Changes in water flow, channels. and mud flat distribution are ongoing as are fluctuations in the plant and animal species in and around the harbour.  Natural changes cannot be controlled and attempts to do so will ultimately be as fruitless as the dyking efforts proved to be. If we learn from past mistakes, our interaction with the harbour will in future be limited to appreciation of what we have and a commitment to prevent misuse. 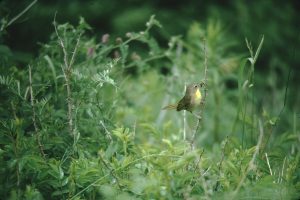 A popular use of the marsh is to go birding. Here, we see a little bird, possibly a common yellowthroat. 1974. Rosemary Eaton fonds. CHRHS Archives.

The excellent trails throughout the Cole Harbour Heritage Park and the Trans Canada Trail itself are well used. The trails provide access to the best vistas and to a variety of natural systems.  They go where the majority of users choose to go and provide interesting loops of varying lengths.  Since the early days of advocating protection of the estuary,  the CHRHS has cautioned against too much trail development to limit encroachment on the remaining wilderness habitat and breeding sites. So far access has been limited by keeping the trails well away from sensitive areas. Wildlife needs sizeable swaths of undisturbed land to sustain its numbers and diversity, which could be harmed by additional trails. 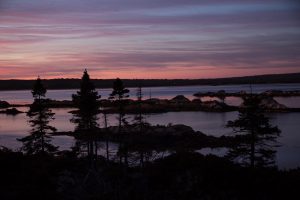 Increasingly, cities are aware of the importance of parks and open spaces for their citizens. One of the best that Halifax offers, the Cole Harbour salt marsh provides much more than just a recreational opportunity. Retention of so much of its natural integrity close to the urban centre is exceptional. The size and scope of its natural systems and the degree to which they remain wild and undisturbed will become ever more valuable, and ever more appreciated, in years to come.  Once compromised, they can never be truly restored. 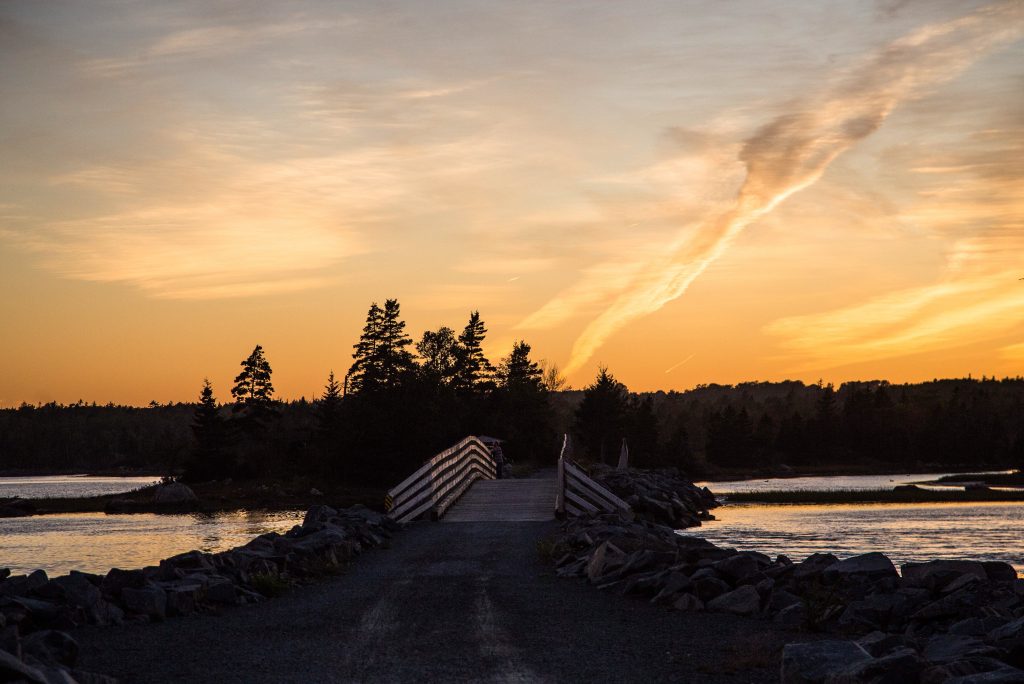 Sunset over the Salt Marsh Trail. 2017. Courtesy of Jane Oram.