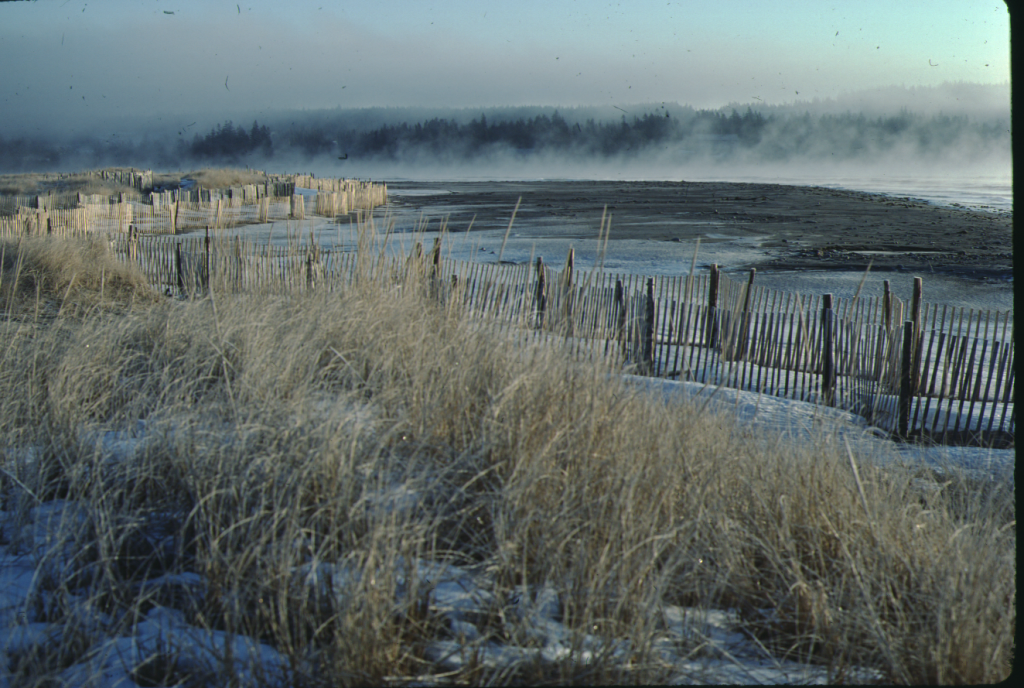 Rainbow Haven Beach was the first portion of land around the Cole Harbour estuary to be designated as provincial park in the 1980s.  This represented a significant achievement for a group of people who had been working to protect the marsh and its environs from the effects of misuse and encroaching development. The group formed around 1970: some returning retirees, some newer residents and some descendants of long time local families. Development was proceeding at an alarming rate with no one seeming to consider that there might be harmful repercussions at a future date. Once again the expanse of the harbour was being eyed by people who saw only dollar signs. 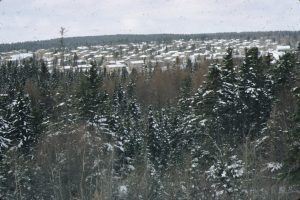 This time there was no thought of dyking, but residential development was increasing around the harbour. Much sought after water frontage could be provided by opening up residential developments around its shores and filling in bits of shoreline as necessary. The new houses required wells and septic tanks, approved with hardly a question and seldom on-site inspection. Rains washed soil from newly exposed land near the harbour and along its watercourses, resulting in run-off and silting of the shallow water.

Meanwhile, the fertile acres of the  farming community of Cole Harbour were nearing the end of their usefulness as agricultural practices changed. A private developer had begun acquiring former farm land to build a large housing development and the Nova Scotia Housing Commission too was planning a significant development.  For many years, a large institution had stood overlooking the western side of the harbour. 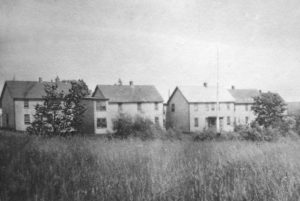 The County Home in the first half of the 20th century, which would become the Halifax County Regional Rehabilitation Centre in the 1970s. [19-?]. Wilfred Bissett Album. CHRHS Archives.

Opened in 1887 as the Poor’s Farm, it had become the Halifax County Regional Rehabilitation Centre. Its sewage treatment plant  provided preliminary treatment before emptying into the Cole Harbour estuary. As new developments were planned, Halifax County Council considered a proposal to enlarge this treatment plan to add the sewage from the new housing. It was a close call for the estuary, but disaster was averted through the efforts of the group monitoring the harbour. Its members were also rapidly learning that there was much more to the harbour as they started looking into the cultural aspects of its story, as well as the environmental. Overwhelmed by the richness of the harbour and the surrounding communities, the group was the catalyst for a new society with the goal of recording and sharing Cole Harbour’s story. The Cole Harbour Rural Heritage Society (CHRHS), was established in 1973.
Fixing the Damage Creating a Park