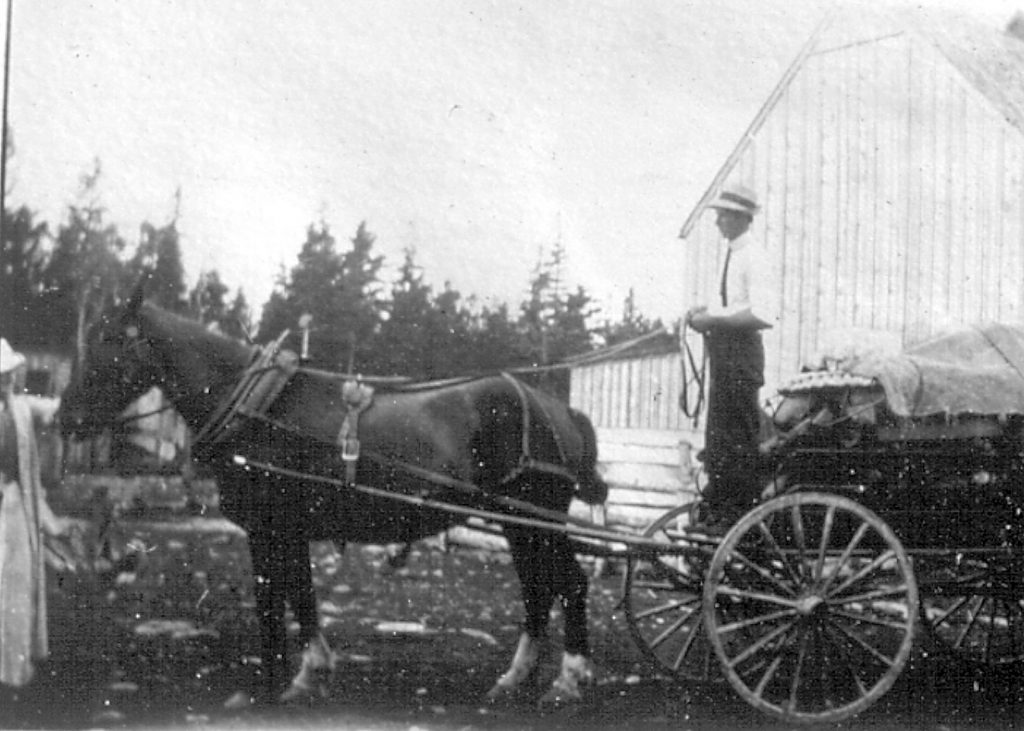 The growing community of Cole Harbour gradually developed a distinctive character as a prosperous and progressive farming area. The Halifax City Market continued to be a magnet for many Cole Harbour farmers, as well as for most of those from the surrounding communities. Farms flourished along both sides of the Cole Harbour Road, extending all the way from Dartmouth. The road threaded its way east from the Dartmouth ferry terminal through Cole Harbour, with branches to Eastern Passage, Woodlawn, and Preston and on to Lawrencetown, Chezzetcook, and beyond. Strung out along the road, Cole Harbour, without a real centre or business section, never became a town. In time, farmers began to specialize in dairying and market gardening, which gradually emerged as Cole Harbour’s forte. The community’s drumlins provided the soil and Halifax provided the market. Farmers began looking for ways to extend the growing season. Some experimented with hot beds, which became widespread in the late 19th and early 20th centuries. Many market gardeners annually set out 100 or more hot beds in March to get an early start on the season. 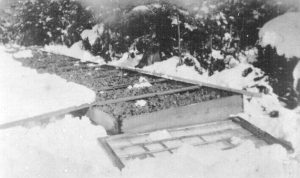 The population to the east of the Cole Harbour estuary and along the Eastern Shore was also growing, although not as rapidly. People from the Eastern Shore with business in Halifax usually travelled to the city by sea. Travelling by land, they walked or rode the long miles necessary to get around the expansive waters of the Cole Harbour salt marsh. The road was still largely impassable for wheeled vehicles. Ox carts might be used locally, at certain times of the year, but generally didn’t venture far. 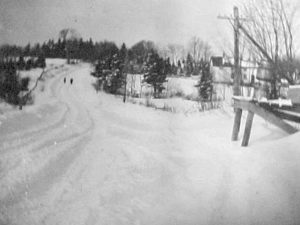 The view west up Cole Harbour Road in the winter, looking at Beck’s Hill, with Thomas Bissett’s farm on the right and the Beck farm on the left. [19-?]. Photographs from Cole Harbour residents album: Series unidentified. CHRHS Archives.

Many of the people living around the Cole Harbour salt marsh scratched out subsistence farms wherever the land permitted. However, properties to the east of the harbour did not support much agriculture.  Fishing contributed to much of their income. Landowners around the marsh cut the salt hay that grew above the high tide mark. Many hunted and fished in and around its waters and dug for clams at low tide in the exposed mudflats. 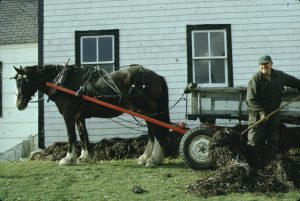 Eel grass (Zostera maritima), which grew abundantly in the waters of Cole Harbour, found many uses, especially as insulation in the walls and around the foundations of local homes. As well, the seaweed that washed up after a storm was much sought after as a fertilizer. Access to the beach was limited by poor roads, but in time, dozens of farm wagons would descend on the gravelly bar to gather seaweed. The intense competition resulted in complaints that some farmers were taking excessive amounts of this sea manure to the detriment of others. Provincial legislation was passed to forbid its removal before sunrise. Farmers adapted by lining up on the beach in the pre-dawn gloom ready to begin loading their wagons at daybreak.