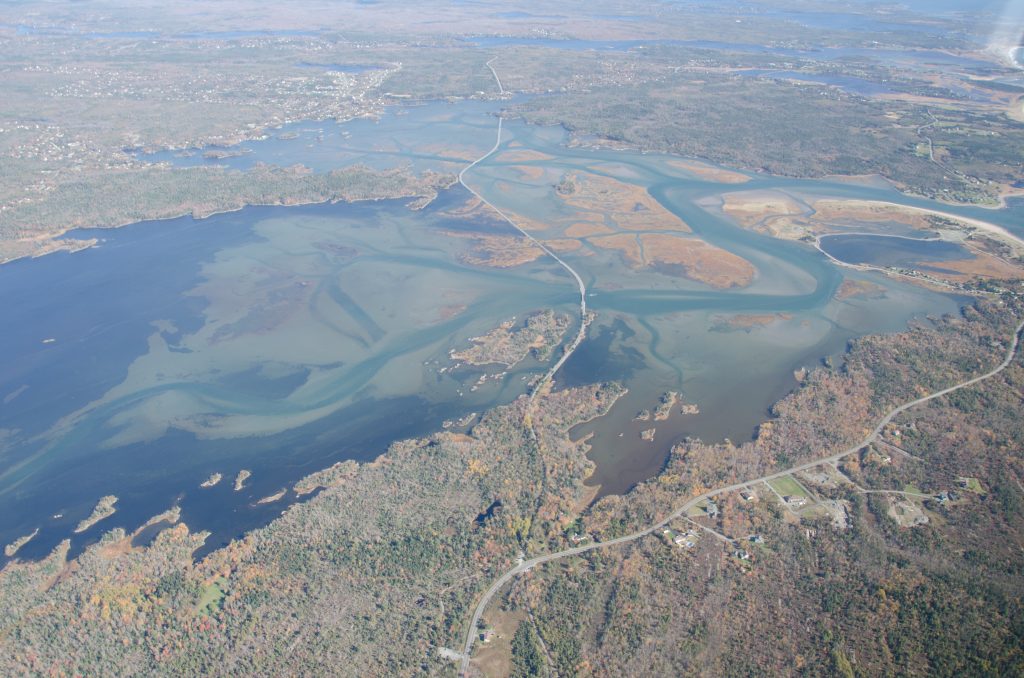 An air photo of Cole Harbour, looking east. Flying Point can be seen dipping into the middle of the estuary in the upper left of this photograph. April 22, 2014. Jon Stone fonds. CHRHS Archives.

Flying Point extends almost halfway down the middle of the estuary, dividing the upper harbour into two portions. When the harbour was dyked it was believed that the reclaimed marsh land would become prosperous farmland.  Some lots would be purchased by adjacent landowners, but most were farmed by the company that owned the harbour and was responsible for the dyke. The land was accessed from Flying Point by a road along the eastern side of the peninsula that ran out onto the marsh at its southern tip. At its northern end this road joined the Lawrencetown Road.

The company set out to establish a modern farm with no expense spared. The road was cut and the southern end of the peninsula cleared. Houses for the farm workers were built, as well as a barn and outbuildings. A large well was dug and lined with stone: one of the few structures that can still be identified in the woods that now cover the site. The latest in farm equipment was brought from England. Henry Jacob Conrad was hired as on-site farm manager and brought his new bride, Margaret Bissett, to live in one of two duplexes built for employees of the company.  Accommodation for four families was planned, but Henry, Margaret and their children were probably the only residents for most of the four years they spent on the Point. Other workers were hired from the surrounding communities, for the most part seasonally, many probably commuting rather than taking up residence. Another house on the point, grander than the Conrads’ home, was never completed. A later resident, Margaret Kuhn Campbell, who played in its ruins as a little girl (circa 1910) speculated that it was intended for John Watson. 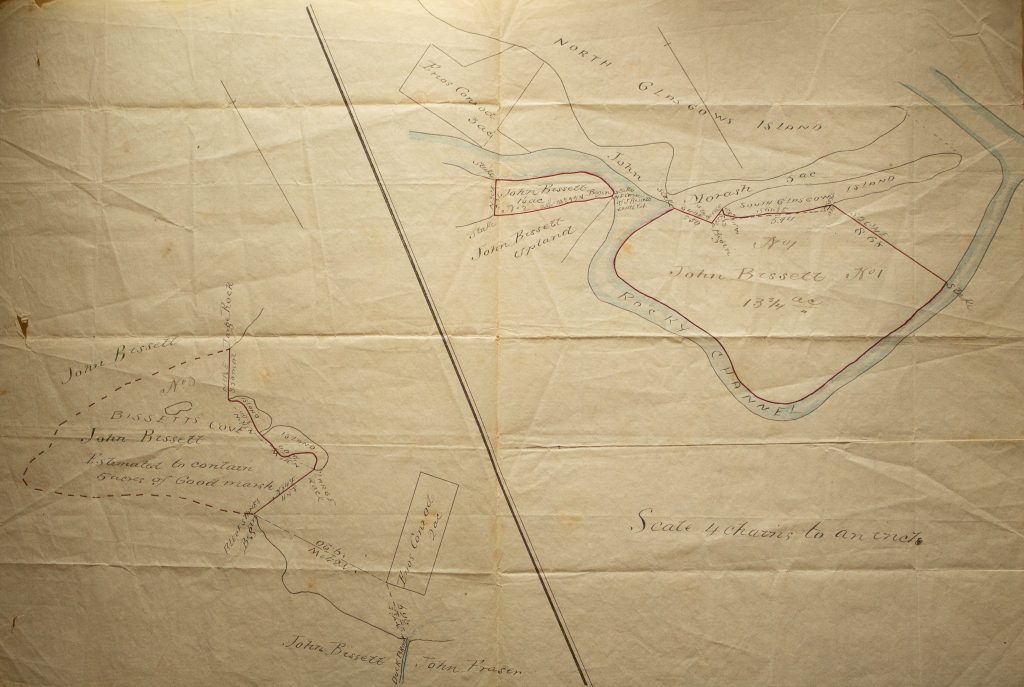 The dyke was never as successful in keeping the water out of the estuary as hoped, and any land dry enough to farm would have been very salty for the first years. In spite of this, the company showed some initial success, and in fact, the farm lasted for more than 10 years. The distribution of marsh lots, shown on some plans of the time, began, but it is not known if any of the farmers who purchased these lots used them. Indeed it is doubtful that they recovered their investment. The company struggled on, owned and operated from England until the late 1880s, eventually going bankrupt. It’s a story largely unknown and would scarcely be suspected by anyone looking out over the estuary in the 21st century.  The days of farming on the marsh were not over, however, and the land was soon to pass to its final owner. Meanwhile, people in the area, and even from the city, made use of its semi-drained expanses to fish and to hunt the abundant marsh birds and waterfowl.