Sand and gravel was hauled from the harbour throughout the middle years of the 20th century. To extract it profitably, a new bridge was needed. Local residents recall that the gap was reduced by sinking two disused scows and filling them with rocks. The smaller opening was then crossed with a bridge, still seen today. The bridge greatly reduced the outflow of fresh water which backed up and covered the salt marsh.  A salt marsh is dependent on the flushing of the twice daily tides which regulate the balance between fresh, brackish, and salt water as well as the depth of water: important natural functions occur on the mud flats while the tide is out.  Some older community members still speak of the time when the salt marsh looked as if it was covered in snow when all the clams died and their white shells covered the estuary, a result of its being covered in fresh water which could not drain fast enough at low tide. 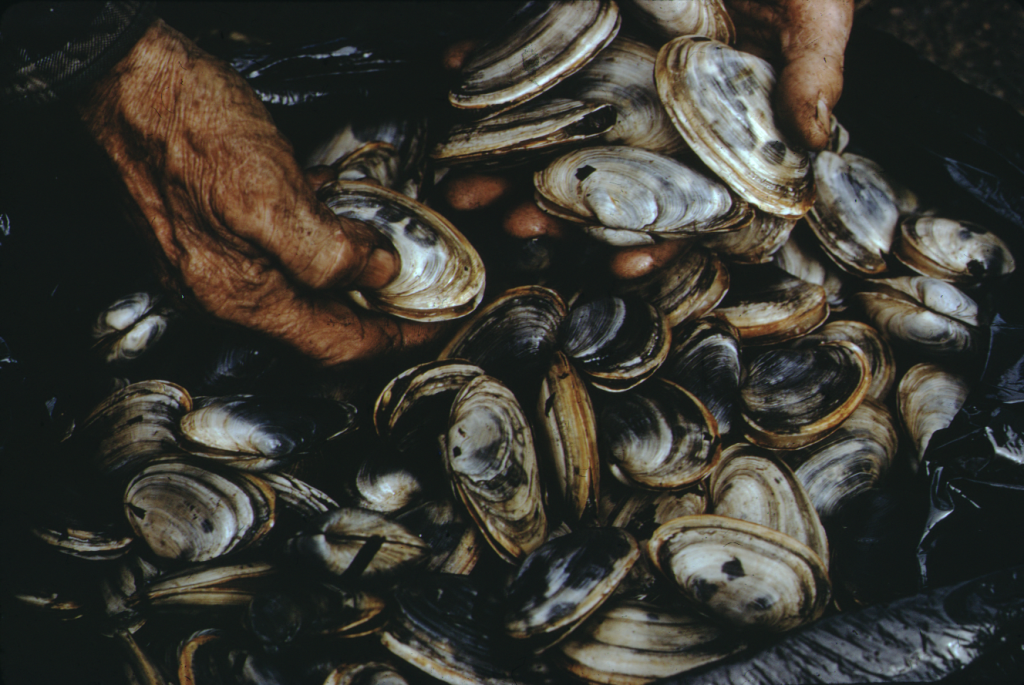 Digging for clams in the harbour would eventually be possible again, after it recovered from the lack of water flushing the marsh. 1975. Rosemary Eaton fonds. CHRHS Archives.

To correct this problem, it was decided to open the channel on the eastern side by removing what was left of the old barrier beach. This entrance, still in use, was never as deep as the one on the western side because of a rocky shelf that prevents the water from cutting down to the former depths. Once this side was opened, the western gap soon closed. Accumulating sand and gravel built up faster than the reduced flow of water could maintain the old channel.  The highest tides were still entering in the early 1970s but today there is a big expanse of dunes in front of the old entrance. The dunes filled in the beach south of the site of the former aboiteau and left an enclosed lagoon which has gradually shrunk in size and become increasingly shallow.  The lagoon gets its water from the inner harbour as the tide rises, with water coming under the bridge instead of directly from the sea.  Although the lagoon will continue to fill over the years, the situation is now more or less stable.   It is part of the Rainbow Haven Provincial Park. Spruce trees and other vegetation have colonized the dunes. The road to the beach runs beside the lagoon and beach users leave by what remains of the former island, now just a causeway, and over the small bridge to exit. 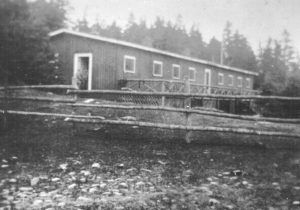 A “fresh air camp” was established by the Chronicle Herald newspaper to the west of the old harbour entrance early in the 20th century where inner city children came each summer to experience the seaside.  Now closed, the camp gave its name, Rainbow Haven, to the beach at the mouth of the harbour.  Thousands now enjoy the long, sandy beach throughout the summer, swimming anywhere along its length but mostly favouring the eastern end at the entrance to the harbour.

Building a Railway A Close Call for the Harbour