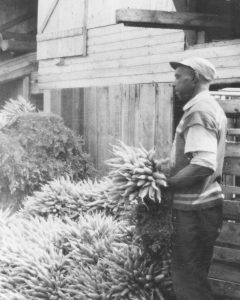 A man (possibly Percy Ernst) washes carrots for market. Farmers in Cole Harbour sold their goods at the Halifax City Market well into the twentieth century, as their ancestors did before them. [195-?}. The Percy Ernst Album. CHRHS Archives.

Cole Harbour’s connection with the growing capital city of Halifax was getting stronger year by year.  Halifax was the destination for most of the produce coming from Cole Harbour and the Eastern Shore. Some of Cole Harbour’s produce was sold through the Halifax City Market, some peddled through the town or sold to merchants and businesses. Many of the goods were then shipped to destinations along the eastern seaboard, the West Indies and elsewhere. The city was also an important source of equipment, services, goods and luxuries. Cole Harbour businessmen travelled back and forth or boarded in the city, as did any students who aspired to a higher education. Residents of Cole Harbour looked to the city for world news and overseas mail arriving on the regular stream of ships that came into its harbour. Ferries crossing Halifax harbour did a steady business, and people from Cole Harbour, as well as further east, thought nothing of walking the long road to and from the harbour crossing. 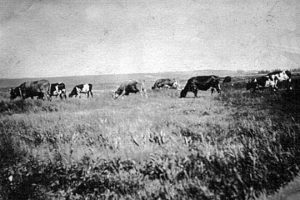 Peter McNab Kuhn’s cattle on the dyke that would later be built on the harbour. Before 1917. The Wilfred Bissett Album. CHRHS Archives.

Throughout the early 19th century, however, the Cole Harbour salt marsh remained a strong focus for many of the residents. Although trade with Halifax was growing, access to the city remained an issue. Apart from getting across or around the marsh, some looked out over its broad expanse and pictured waving hayfields and fat cattle like those found on the other side of the province on the dyked lands of the Bay of Fundy. Market gardeners growing cabbages and turnips envisaged tidy rows in rich, easily cultivated plots. Others who fished in the salt marsh, or on the Atlantic at its mouth, or who harvested the plentiful game and wildfowl around the estuary, preferred it as it was.

Cole Harbour, however, was mainly a community of farmers who had little use for wilderness and held that any land uncultivated was wasted land. While they appreciated the periodic abundance of seaweed thrown up on the beach and gathered it to enrich their fields, or harvested the salt hay around the edges of the marsh to supplement winter fodder, the need to do more with the wasted marsh land gradually grew stronger. 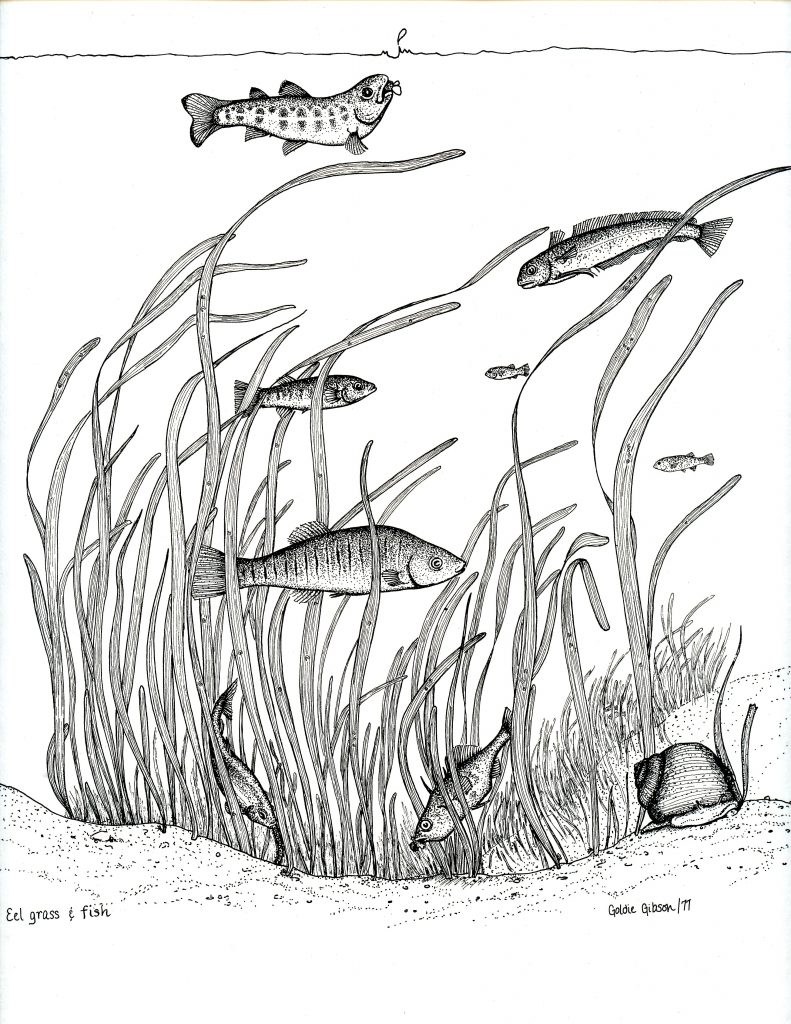 A hand drawing of fish found in the Salt Marsh, by Goldie Gibson, 1977.

In 1842 the community started to put their dreams into action. 32 gentlemen, mostly farmers representing the majority of the familiar surnames from the Cole Harbour area,  proposed the establishment of a joint stock company for the purpose of dyking the harbour and turning the marsh into farmland. It took three more years before the Cole Harbour Dyke Company became a legal entity with signatories including half of those at the initial meeting and a few others. In the end, the efforts to dyke the marsh failed. Several years later, the sea reclaimed the little construction that had been started, the investors accepted their losses, and the Cole Harbour salt marsh and its wildlife went on as before. The twice daily tides continued to bring nutrients and enrichment into the marsh, and to carry back to the sea a multitude of minute life forms including an abundance of hatchling and partially grown fish. Released from the safety of their nursery, they would take their chances growing to maturity in the open sea. The first dyking enterprise has been described as a brave but costly effort, little noted and almost entirely forgotten.

The First Regular Crossing Making the Dyke a Reality