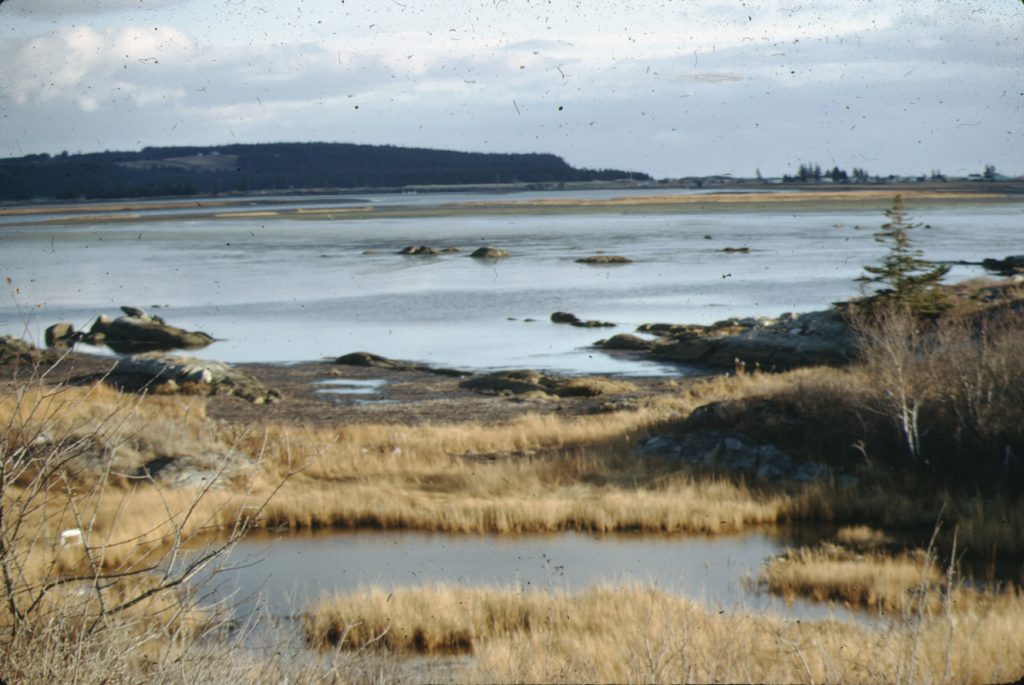 The salt marsh, looking towards West Lawrencetown, which is where the ferry would have run to. 1973. Rosemary Eaton fonds. CHRHS Archives.

With the exception for the little dyke believed to have been built by the Maroons, the harbour remained unaltered. No doubt there were some crossings by individual craft but the first indication of a commercial ferry crossing appears around 1830. This ferry ran from West Lawrencetown in the east to a point on the western shore of the Cole Harbour estuary. It was operated by Jean George Bissett and his son-in-law George Harper, who had purchased most of the property on the western shore in 1781. From the ferry landing point passengers from the eastern side of the harbour would have connected with a rough track cut by the Bissetts that led to Cole Harbour Road. How long this ferry operated is unknown, although it appears on a few rough sketch plans from the period. Perhaps it was a little out of the way for customers, as the approaches on either side still involved a long walk. Perhaps Bissett and Harper found it not worth their while or charged too much. The ferry remains shrouded in mystery.

In 1828, a plan of the salt marsh was drawn by John Chamberlain, apparently as a proposal to sell multiple strips of neatly symmetrical plots located out in the harbour. At low tide much of the grass-covered lands in the salt marsh were above water, or almost so.  Some remained dry or under very shallow water most of the time, but were  always subject to seasonal high tides and storm surges. The plots drawn on the plan seem to bear little relationship to the topography of the marsh. How Chamberlain  proposed to make it useful to farmers is unclear, but he must have planned somehow to prevent the sea from making its usual inroads. Nothing further happened, but when the idea of farming on the harbour surfaced again 14 years later, John Chamberlain was the moving force behind the project. By this time a dyke was being considered. Chamberlain organized the meeting at which the dyke was proposed, laid out the process, kept the minutes and, in time, became a major investor in the project. 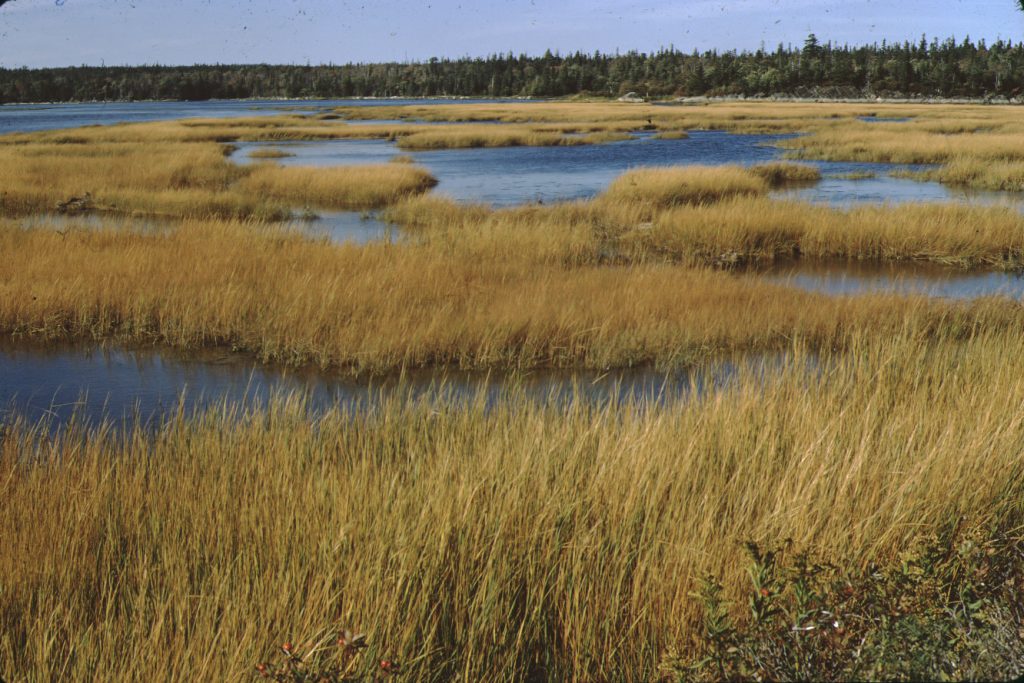 The 19th century was a time of ambitious engineering projects when building dykes, dams, and canals. Draining marshes and redirecting watercourses were the order of the day. There was generally little regard for the natural environment.