Mount Hermon Cemetery is the final resting place of many notable figures of Quebec’s and Canada’s history. Here is a shortlist of some significant figures buried at the cemetery.

George O’Kill Stuart was the first President of the Mount Hermon Cemetery. He was a prominent lawyer, judge and Mayor in Quebec City from 1846-1850. 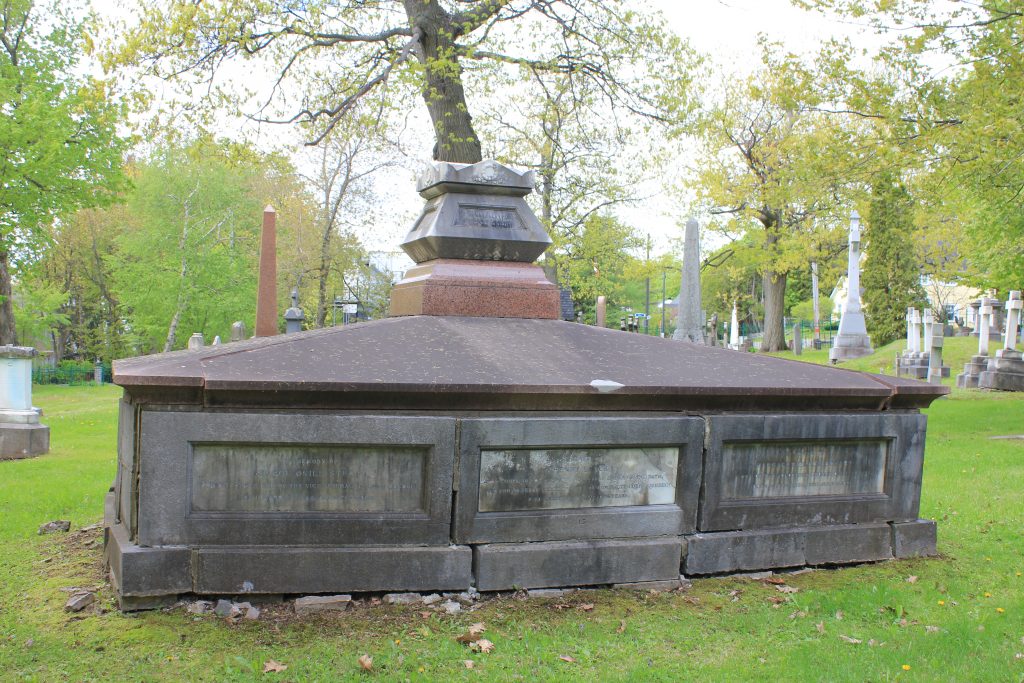 He was a vital businessman who had a thriving timber and manufacturing company on the south shore of Quebec. The town of Breakeyville not far from Quebec City was named in his honour. 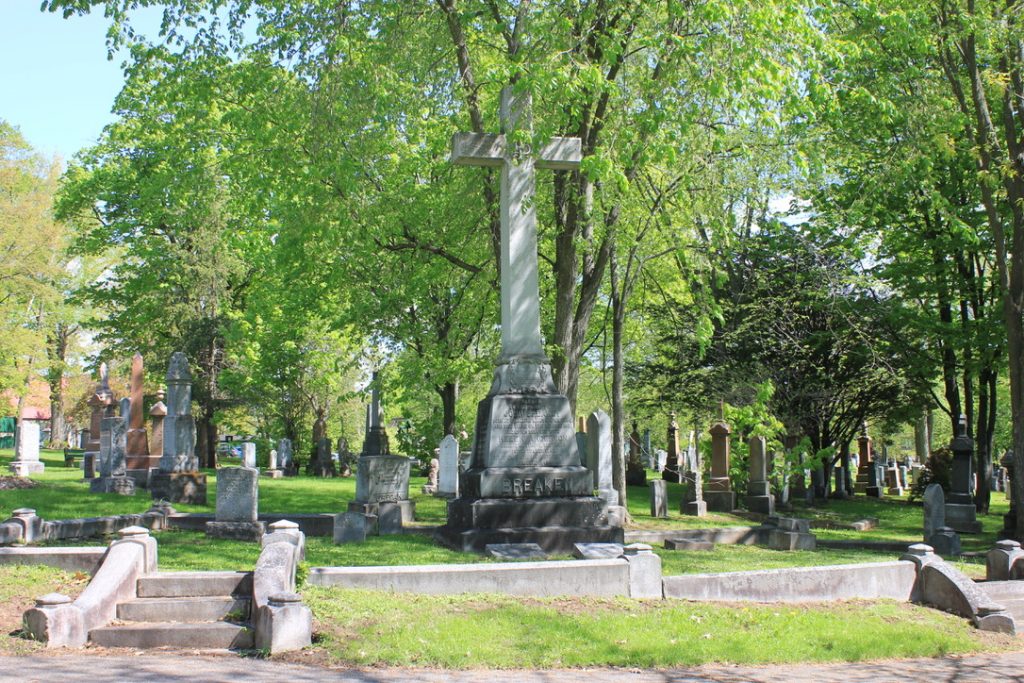 The military section has many veterans from both WWI and WWII.  The section also includes three American aviators who died on a mapping expedition southeast of Quebec City 1942.

All of the military memorials, Mount Hemon Cemetery, Quebec, c.​ 2019

The citizens of Quebec wanted to preserve the memory and to record their gratitude for the gallant services of Lieut. Henry Edward Baines of the Royal Artillery. His death was occasioned by his noble efforts to arrest the progress of the catastrophic fire which destroyed a large portion of the city in 1866. 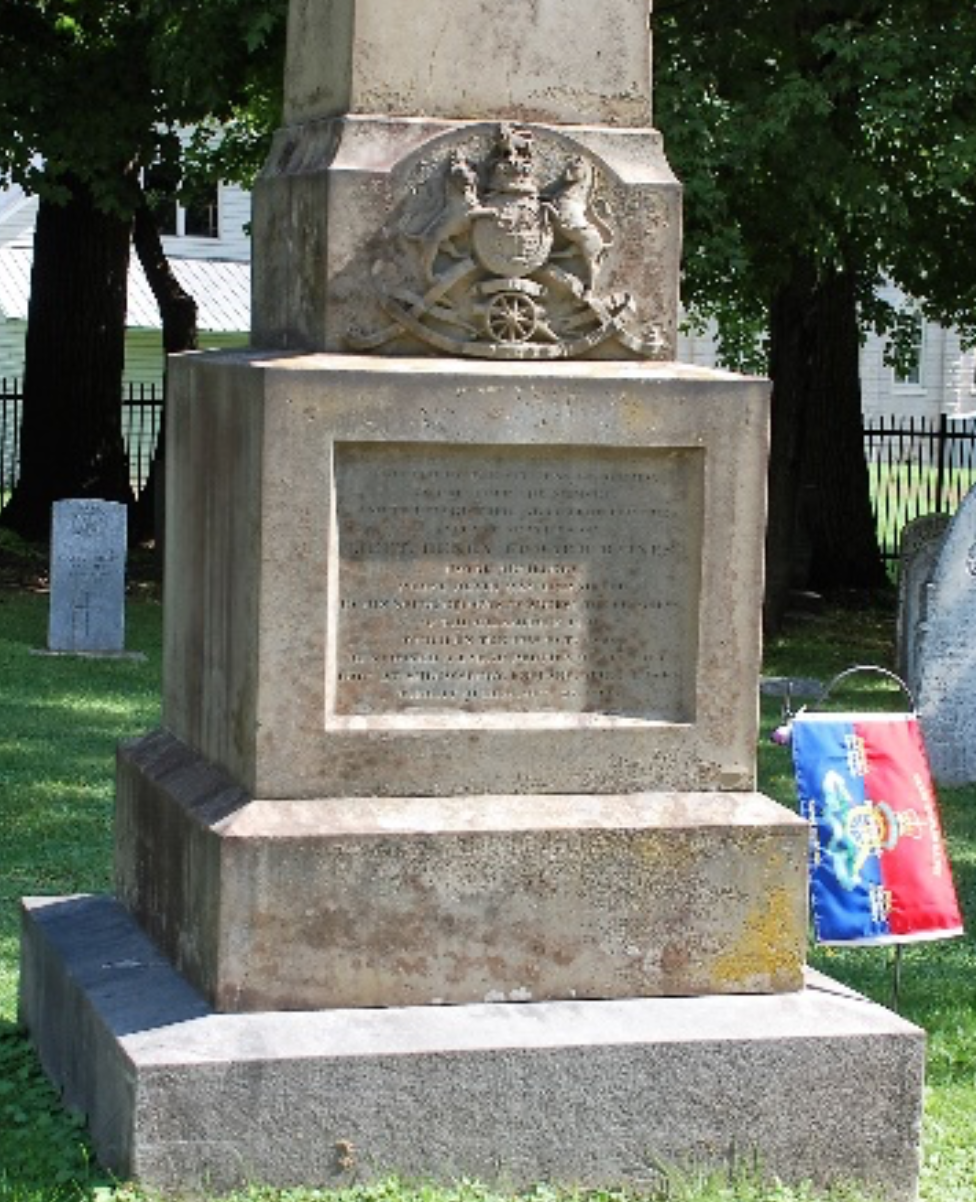 John Gilmore, a prominent shipbuilder and lumber merchant who was a founding member of the cemetery. After he died, one of few hills connecting the upper and lower parts of Quebec City was dedicated in his honour. 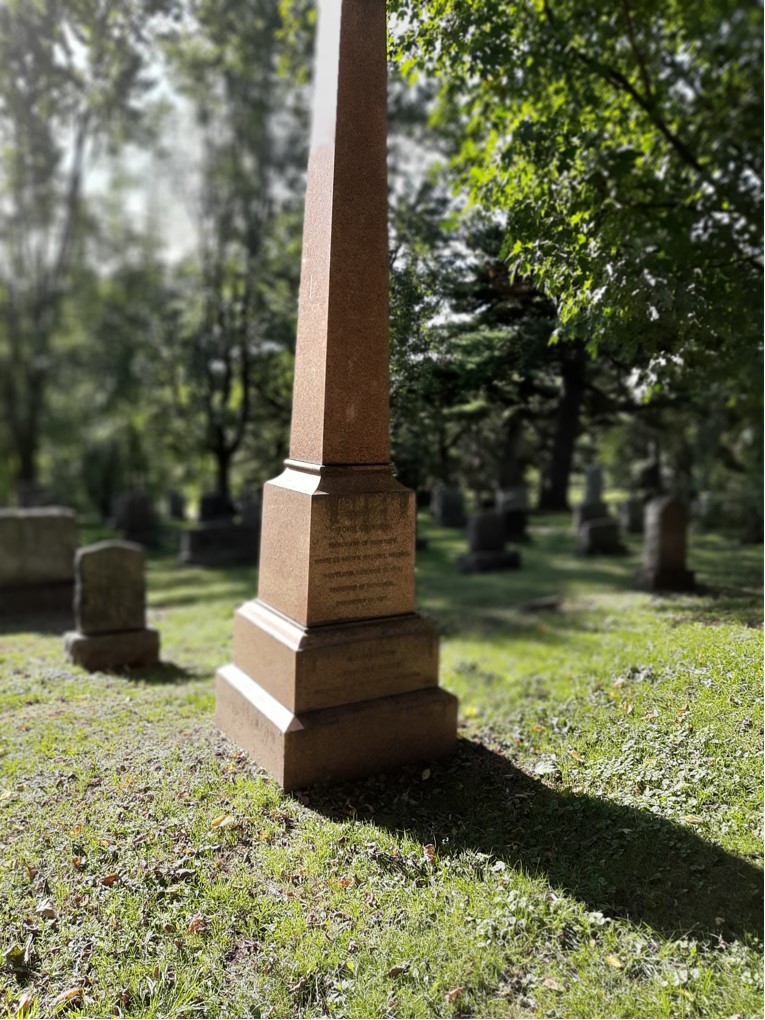 Dr. Daniel Wilkie was a teacher, Presbyterian clergyman and newspaperman. He was one of the founders of the High School of Quebec.  He also provided evening classes for women in geography, grammar, composition, geometry, trigonometry and menstruation. 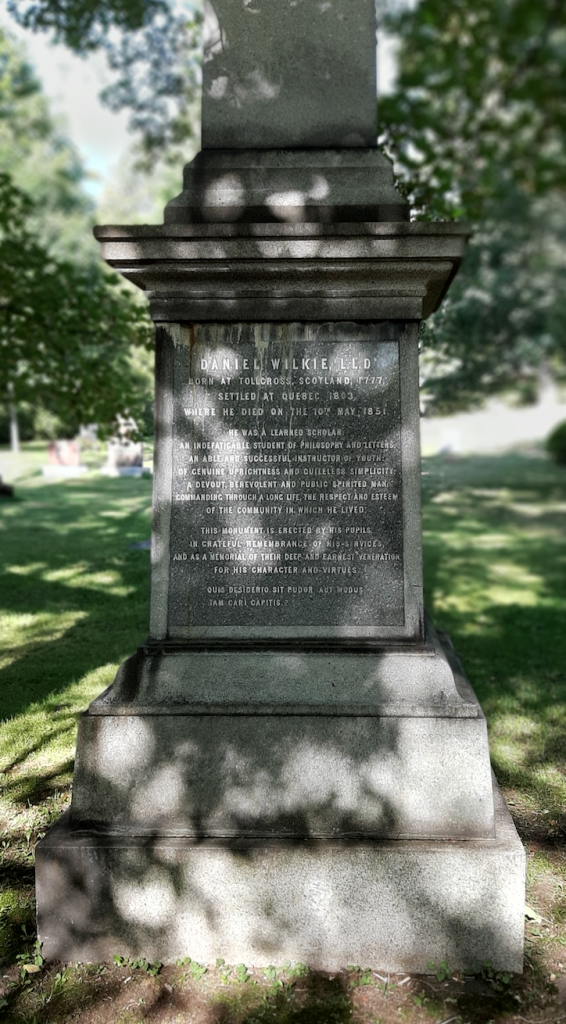 James Douglas, a Scottish surgeon, was the first administrator of the Hôpital de la Marine et des Émigrants, founded in 1832 in Quebec. The hospital quickly became famous for its excellent clinical teaching and the quality of its training. With Doctors Morrin and Frémont, he then founded a hospital dedicated to mental health problems, Asile de Beauport (today the University Institute in Mental Health of Quebec). 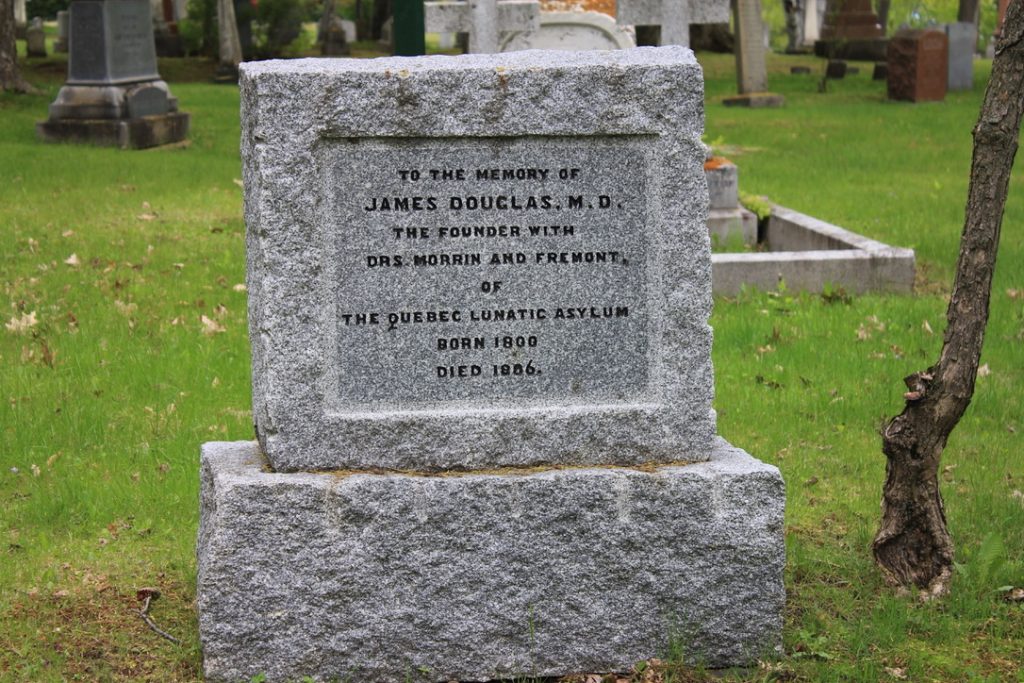 Willis Russell was a successful businessman in Quebec City.  He was an owner of several well-known hotels in Quebec, such as Saint Louis Hotel, Russell House and Princess Hotel. He wanted to offer first-class accommodations to tourists and travellers from all over the world. 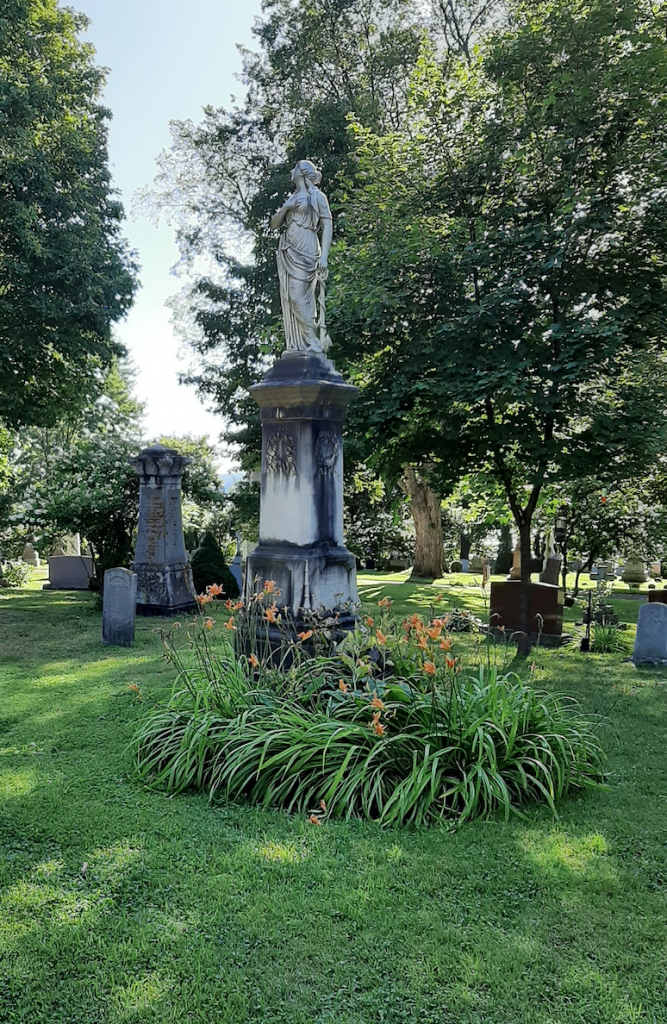 Sir James McPherson Le Moine was a prominent historian, lawyer, author, and officeholder.  He was one of the founders of the Institute Canadian, The Royal Society of Canada, and The National Archives of Canada. He had an excellent command of both English and French languages and a good understanding of both cultures, so his views were highly respected. 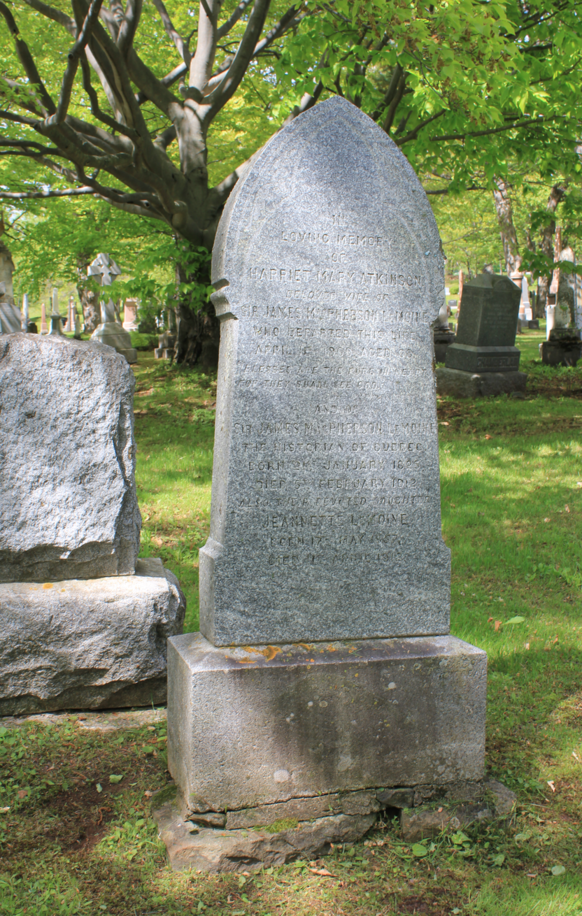 Joseph K. Boswell founded a major brewery named Boswell Brewery. He was also the second Mayor of one of Quebec suburbs named Sillery in 1860.

Henri-Gustave Joly De Lotbiniere served as the fourth Premier of Quebec, a federal Cabinet Minister and the seventh Lieutenant Governor of British Colombia.

Lieutenant General Richard Ernest William Turner was a decorated officer who was awarded the Victoria Cross as a Lt. with the Royal Dragoons for his actions in the Boar War. 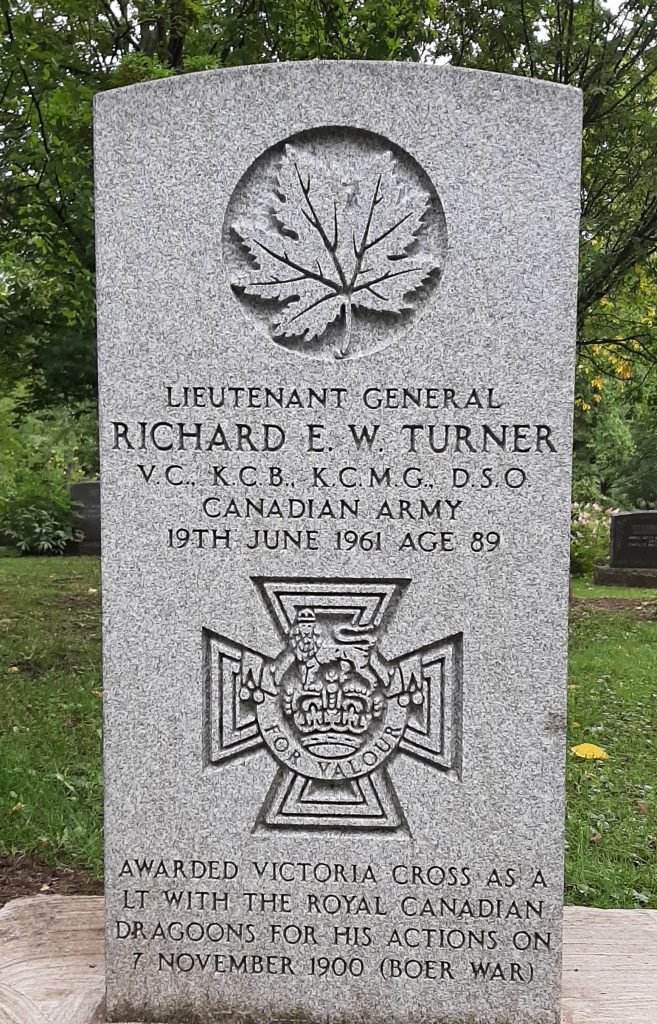 Map of the Cemetery

Map of the section of the cemetery, Mount Hermon Cemetery, Quebec,​ c.2019