In the early days, most of the work on the grounds had to be done manually. So the cemetery workers would use various tools and instruments. 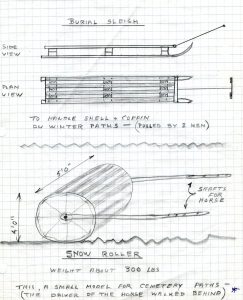 Graham Treggett from his recollections of the tools that his father’s workers used to perform their duties to dig and organize the burial sites.

“Sometimes the coffin was placed in the mass grave for a spring burial, but other times a path was opened and the grave dug in the usual way. Since the ground only freezes a few inches below the snow, two men could dig a pit with a pick and shovel in half a day or more. But if it was stormy that was another matter, and usually, two part-timers would come for a day or two. I especially remember Charles Shepardson flying snow with his shovel. The men used large wooden shovels with a D-handle to remove snow. If there was little snow, the car could drive towards the grave. However, with the usual midwinter snow depth, the path was about five feet wide and a hand-pulled sled was used to transport the coffin to the grave. ” – Graham Treggett

To open a passage in the snowbanks we use a shovel. Then we use a roller pulled by horses; the surface of the snow is hardened in this way to a width of about five feet. 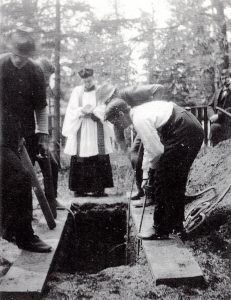 Late in the afternoon, the employees pass the second time with the roller which further compacts the snow. After the cold of the night, we get an easy walking path for the next day, the day of the funeral. At that time, the pits were lined with pine branches to give them a neat look, then at the time of burial, the coffin was lowered into the tomb using sisal ropes.

In the early fall, the cemetery men would remove the plants from the lots. They would then transport the plants to the greenhouse for propagation over the winter. This grafting knife was used to make cuttings from plants. 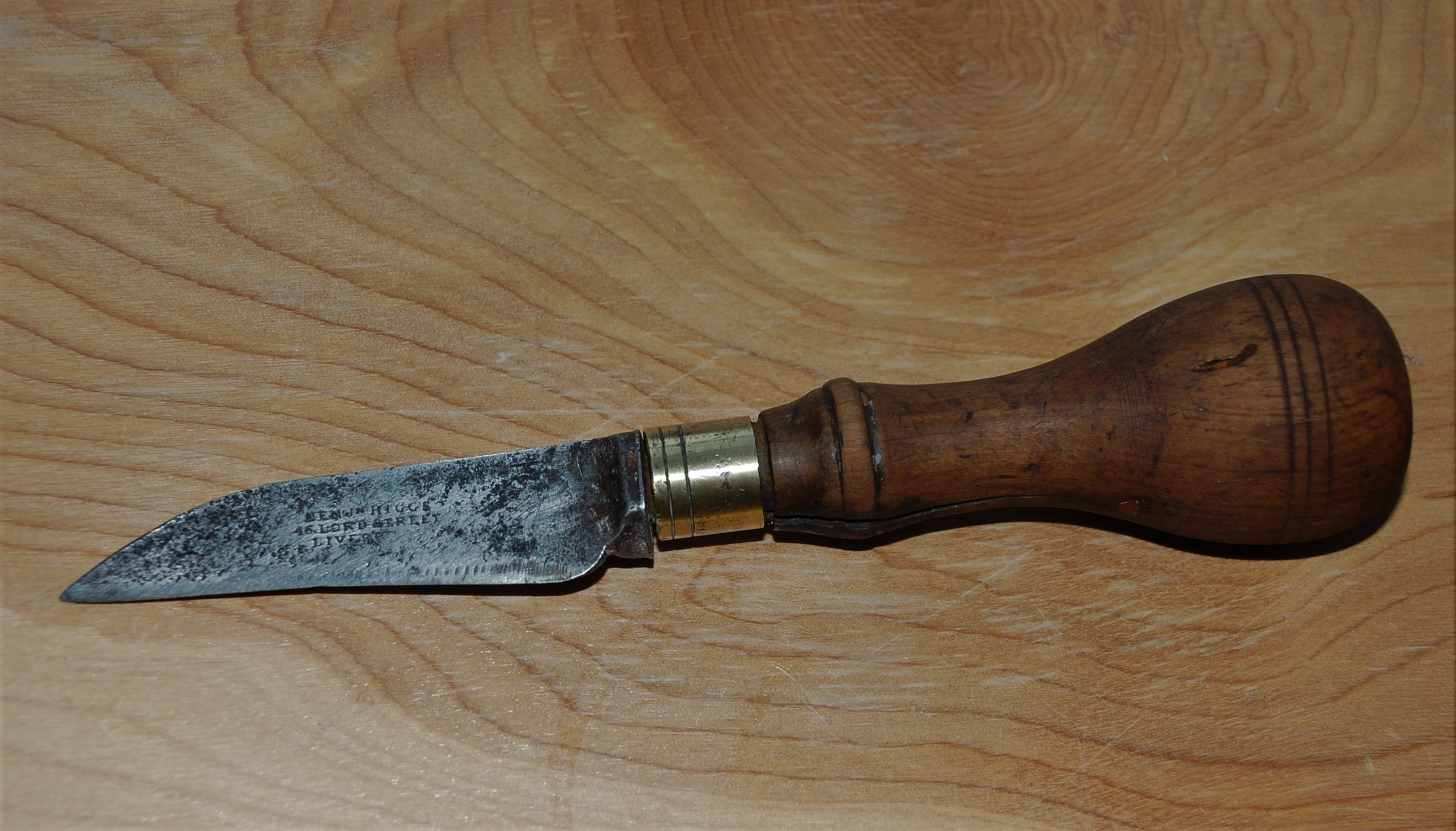 “Cemetery operations were an integral part of life in the village of Sillery, not yet part of Quebec City. It was a tradition to hire a young man from the town to maintain the cemetery grounds. Just about everyone who worked on the property was from the community.  When we needed a plumber or any repairman, they were usually our neighbours. My family’s door was always open to our community.”-Brian Treggett

Thomas Memories: Cemetery Life (captions available in both FR and ENG) – View this video with a transcript.