A funeral service in the 19th century was nothing like it is today. A horse-drawn hearse would lead the funeral procession, followed by carriages for the family and flower carts.  It was quite a spectacle to see the whole cortege on the main road from Old Quebec. People would often tip their hats and bow their heads in respect. 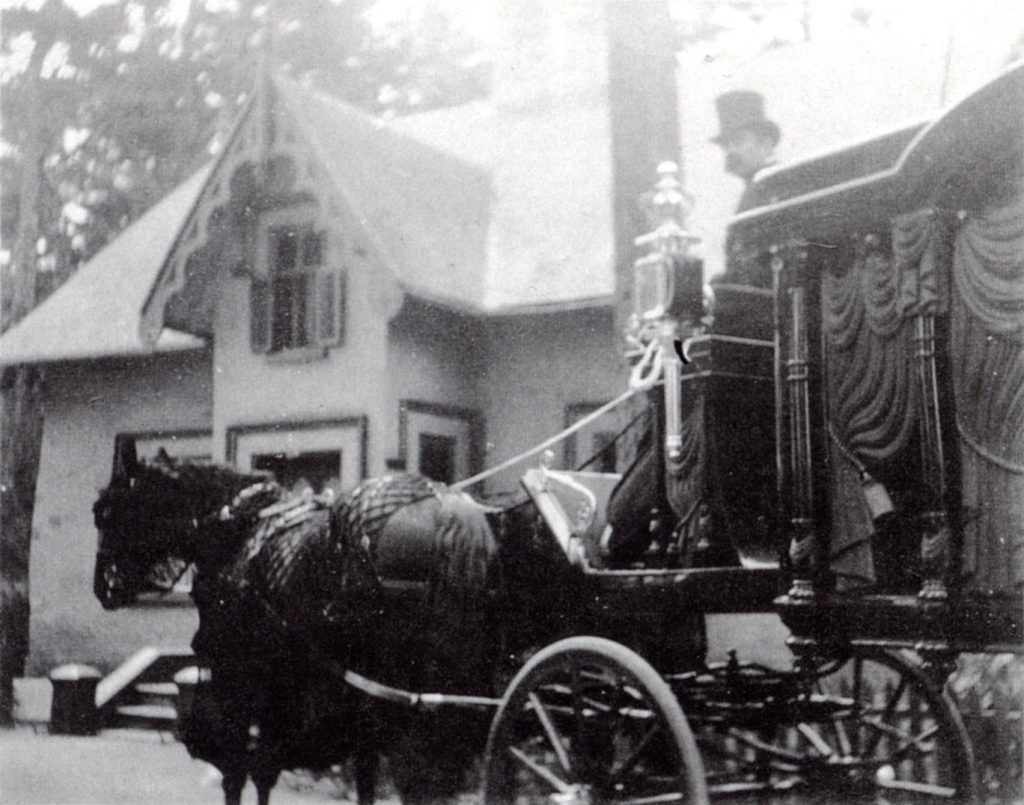 Conditions were somewhat different in the 19th century as people often died at a very young age, so their rite of passage had a different meaning than today. Many died at that time for health reasons, pandemics, childhood diseases, wars, and poor living conditions.

Brian’s Memories: Funeral Rites (captions available in both FR and ENG)  – View the video with a transcript.

The Temple family’s burial statue is a vivid expression of the anguish and pain that many families suffered from the loss of their children. In less than ten years, Major Henry Temple and his wife Geraldine Sewell lost four of their babies to health issues. 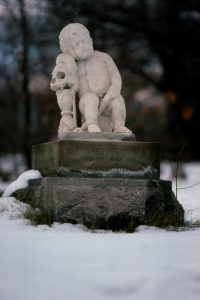 This marble statue represents a young baby leaning on a human skull, which is sitting on an hourglass. The child also has an extinguished “torch of life” between his legs.

“The message of this statue for me was that their babies were destined to die. Growing up with this statue in the cemetery had a substantial impact on me; I could almost feel the sorrow and despair of this family. In 1970 a group of young boys stole the statue and used it for a Halloween party. One of my employees at the time went looking for the missing figure and finally located it, and with the help of the Police department, eventually recovered it.”-Brian Treggett

A Trip to the Cemetery The Quebec Disasters