Mount Hermon Cemetery was one of the first institutions to follow the principles of the ecumenical movement in Canada which were to promote unity among all Protestant denominations. The first Board of Directors and the cemetery association had representatives from all the Protestant churches present in Quebec City at that time. 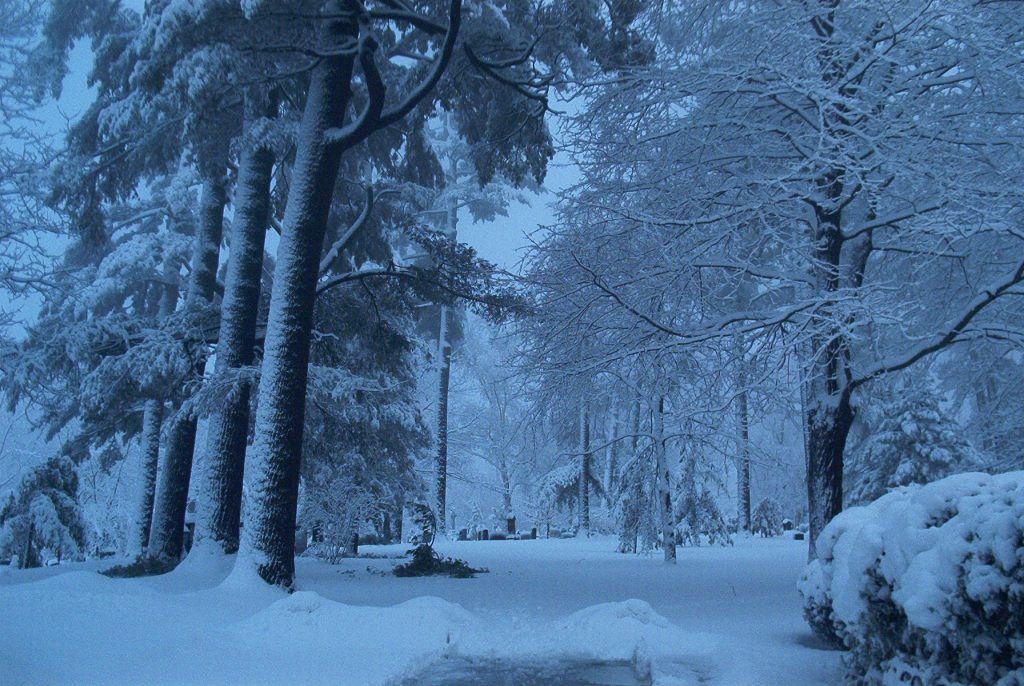 As with any new venture, there will always be different opinions and grievances voiced by various parties. Financing this unique cemetery was a contentious issue and was the subject of many heated discussions between the churches and business leaders. A few years later, they reached a compromise, and Mount Hermon Cemetery opened in 1849. The first directors of the cemetery had a formidable task to accomplish with limited funds.

In 1848, Major David Bates Douglass, a military professor from West Point, New York, was hired to design the layout of the grounds for the cemetery. He had previously worked on other cemeteries such as Green-Wood Cemetery and the Albany Rural Cemetery, both in the state of New York. His vision for these cemeteries was that of a rolling English garden reminiscent of a rural landscape. His design included a lodge on the grounds to accommodate the superintendent and a small office for the cemetery business.

For Mount Hermon, he designed the shape of the different sections and the possible locations of the various buildings. He also developed the winding road system, which earned the name “The Tour.”

The association hired Edward Staveley, a highly successful architect in Quebec City, to design the gatehouse and gates at the cemetery. The Lodge was later enlarged, thanks to the generosity of a wealthy patron of the cemetery. 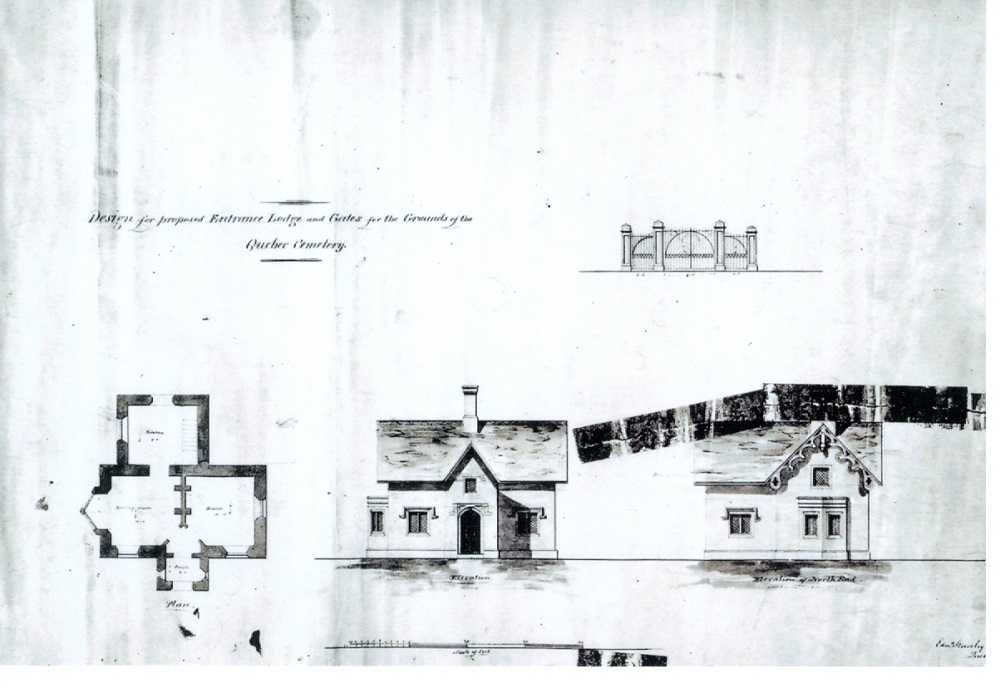 In 2005, the cemetery was designated a National Historic Site of Canada owing to the uneven topography, winding paths, picturesque landscape and a spectacular view of the St. Lawrence River. 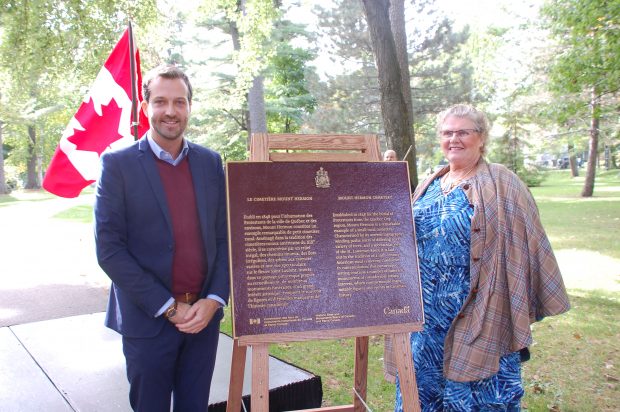 Award of The Historic Sites and Monuments Board of Canada, Mount Hermon Cemetery, Quebec, c.2016

Also, it contains many funerary monuments of considerable artistic interest, which commemorate many notable figures of Quebec and Canadian history. 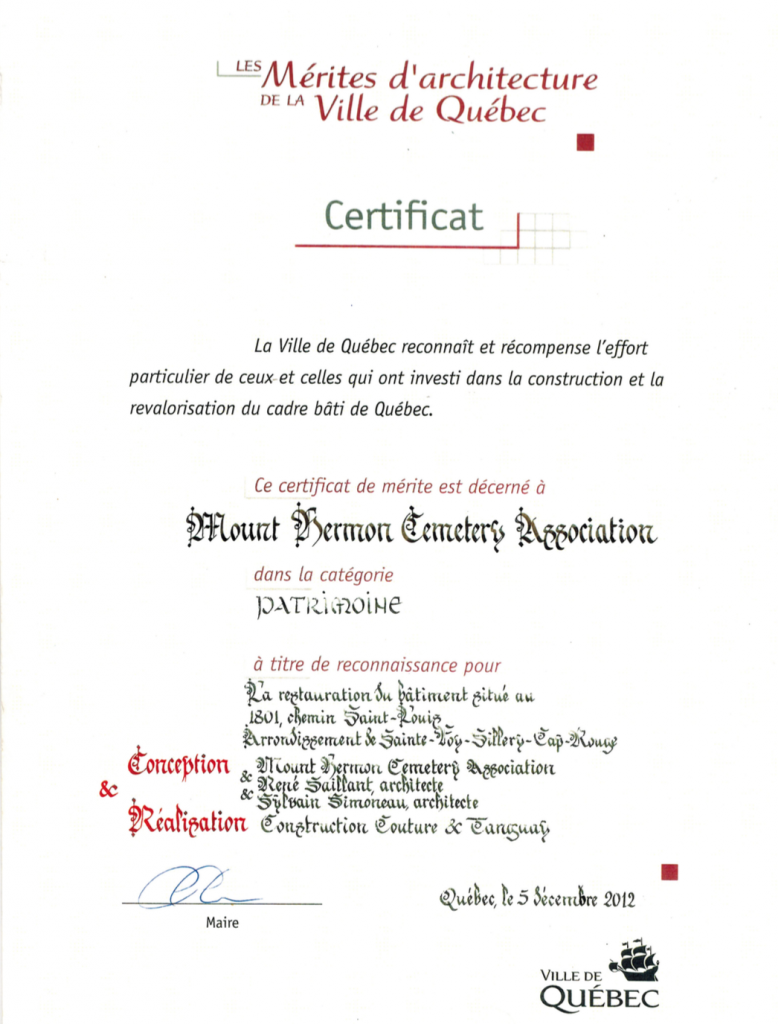