“I can remember looking out the window in elementary school looking forward to the end of the day; when I could go home and ride my bicycle in the cemetery. I used to run errands for my father’s men and help out. I had this inner feeling that I wanted to work for the cemetery someday and follow in my father’s footsteps.”- Brian Treggett

Living and managing the cemetery on-site could be challenging but also rewarding.  As superintendents, it was their responsibility to take care of the cemetery and the needs of the families.  Visitors from out of town would drop by at any hour with requests for the superintendent.

“To take over the management of the cemetery was an earnest endeavour for me.  The President of the cemetery would set objectives, and I would work hard to reach those goals. The staff that worked for my father and later my brother Ian was much older and did not appreciate a young man of 23, telling them what to do.

With time they cooperated with me, and in the following years, I also hired young students from Quebec High School and St. Patrick’s High School to help at the cemetery. Members of the Board of Directors and the Cemetery Association had sons who also volunteered to work for the cemetery.

One of my friends helped me set up a database system to computerize the burial records, registrations and lot owners. It was a vast improvement and made our lives more organized.

The summer staff were always fun to work with.  However, they would sometimes play tricks on me, but they were the best times of my career.

Once at lunch, some of the employees decided to take the cemetery truck on a race around the cemetery grounds, and they ended up wrapping the truck around a tree. They knew I would be displeased, so they pushed it back up to the barn, and they piled flower boxes in front of the damage to make it look like nothing had happened. The piled boxes looked suspicious, and upon examination, I discovered the damage. I spoke to the boys, but no one stepped forward to take the reprimanding. They said, “Boss, the truck was always like that; we did not notice anything out of the ordinary.” – Brian Treggett 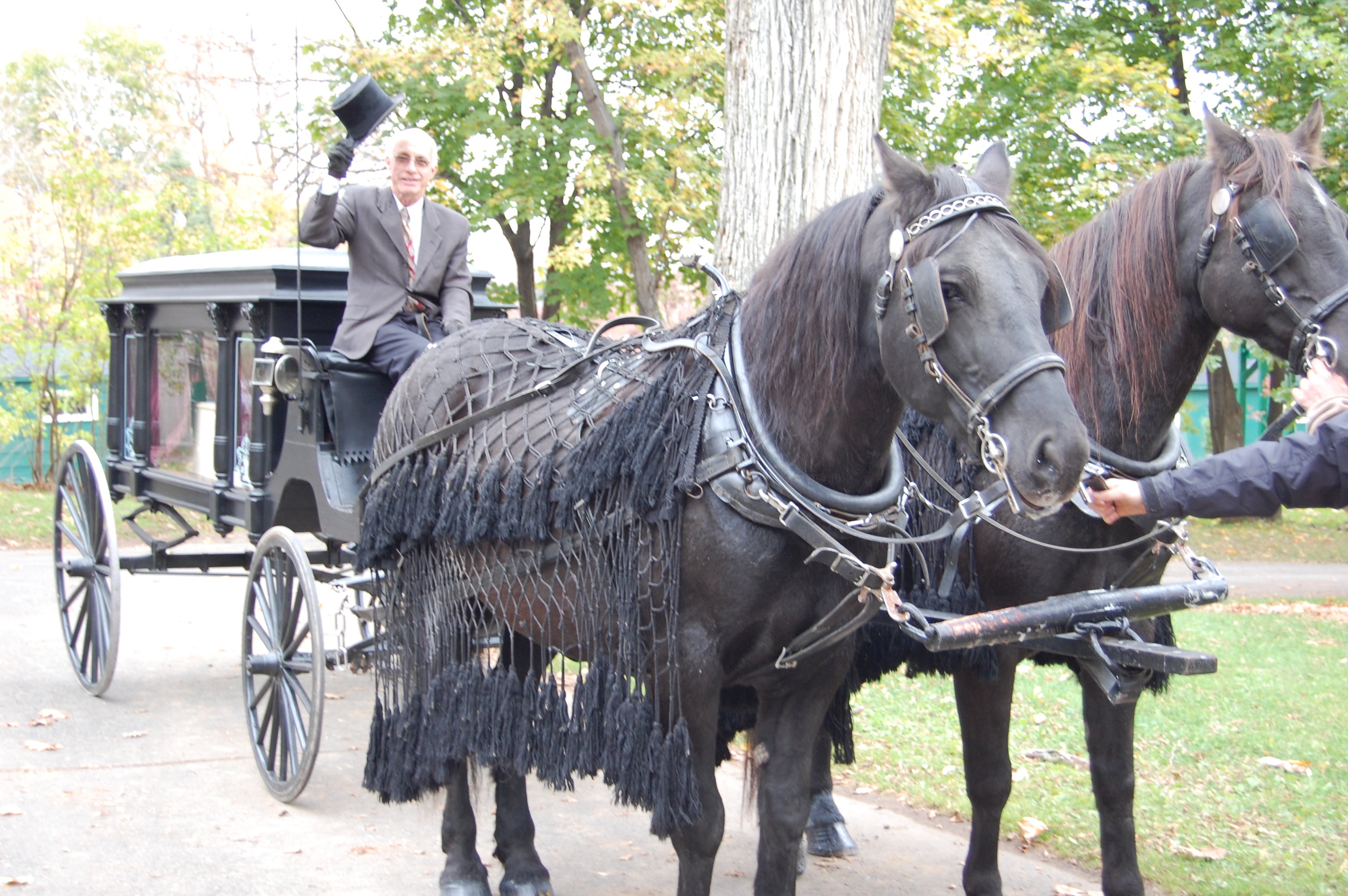