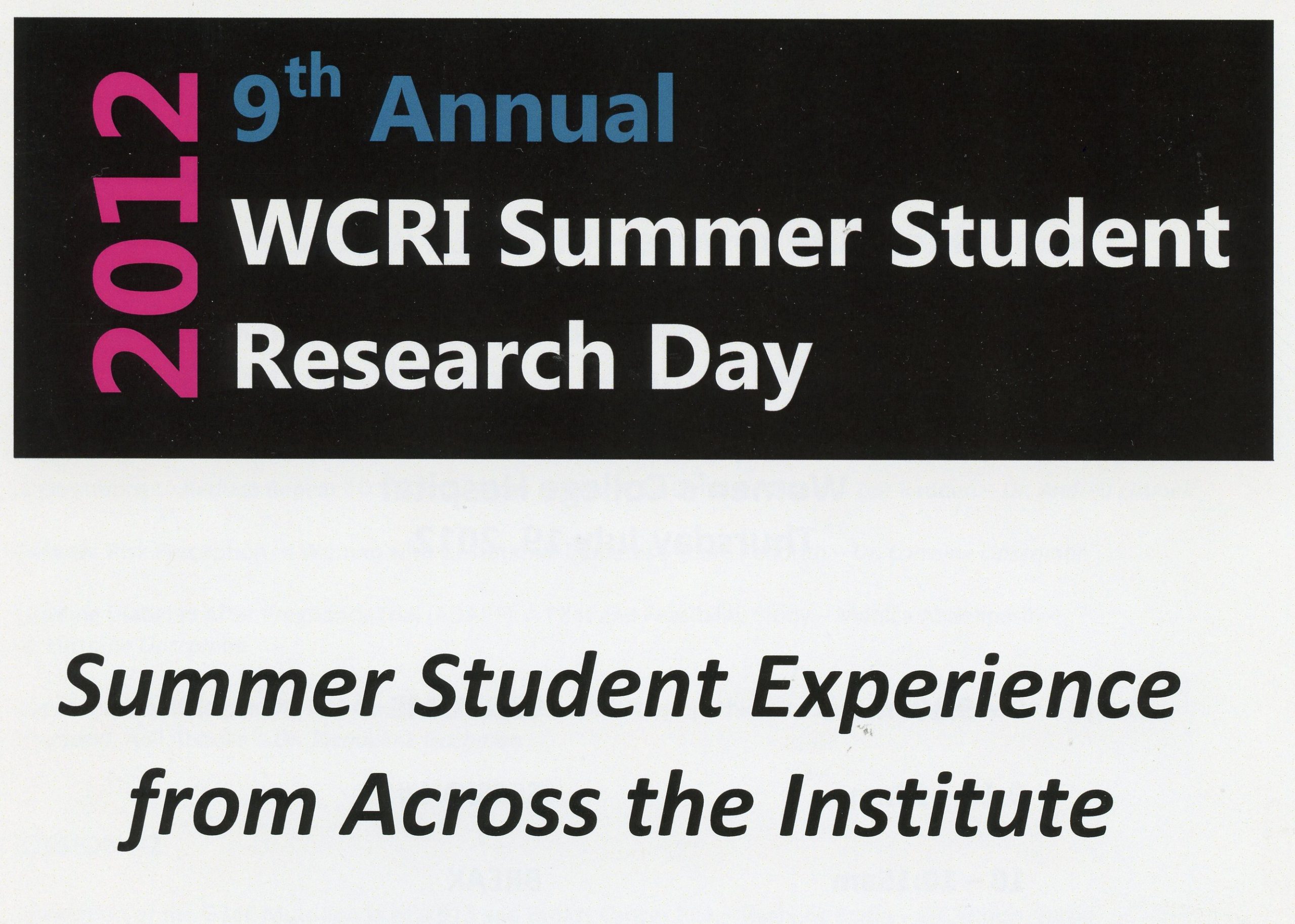 WCRI Summer Student: I was interested in science I’d say from quite a young age. I first got really interested in science during middle school and high school. I was really lucky to go to a high school that had a strong science program so I able take chemistry and physics and biology and you know the different maths. And I was even had the opportunity to join a robotics club where we would build robots to complete various challenges, like the robots were supposed to follow a line or like go a different direction, go through a maze. So that was really interesting to like get exposure to not just you know biology or chemistry but also physics and mathematics and engineering. And I was um, since I was interested in science at such a young age, my parents throughout my entire education they were really supportive and they encouraged me to join these science classes and the robotics clubs. And then when it was time for me to decide what to do after high school, they encouraged me to pursue it in my undergraduate. And when I joined the University of Toronto I first sort of just entered in the general life sciences program. Only later on sort of specifying that I wanted to study the genetics and microbiology.

When I joined the Women’s College Research Institute as a research student it was a really great experience because it allowed me to gain this kind of really valuable first-hand experience in what medical research looks at hospitals with scientists. As well to explore this career opportunity and see what it was like to actually be a scientist and pursue that career.