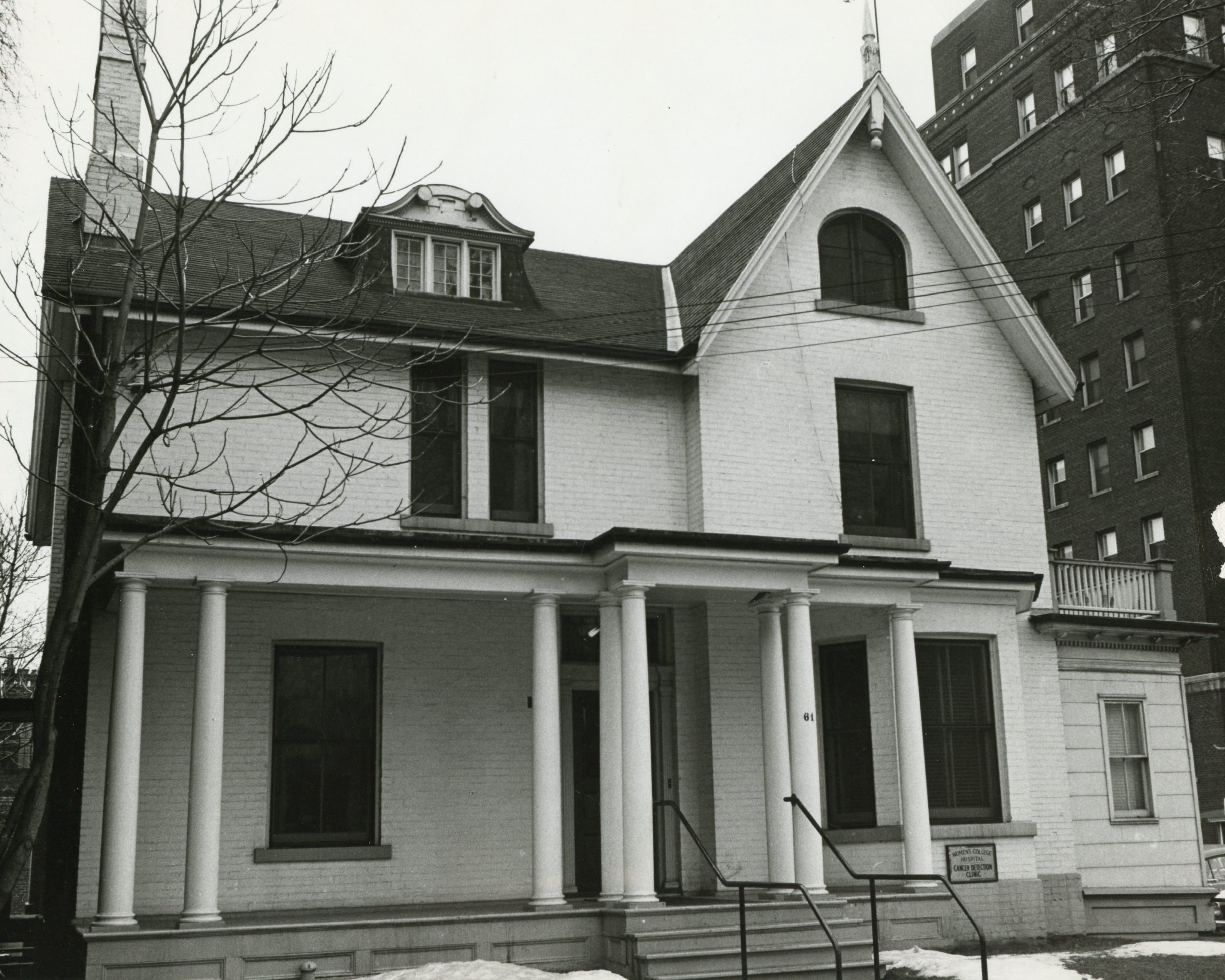 Interviewer: Do you remember when you worked at the Cancer Detection Clinic?

Nurse Kennedy: I think I was one of the first nurses to work with Fanny Cracknell. She was – opened the clinic really.

Interviewer: And so you were a nurse there?

Nurse Kennedy: I was a nurse there. Just the two of us. She was an RN too, but from another place and she was older than I was. So I think I got married in ’49, so I may have started just before that, or just after that.

Interviewer: As a nurse, what types of things would you do in the clinic?

Nurse Kennedy: It was a clinic for cancer detection with the Pap smear. That was the big thing, I think, at that point. And we would have about fifteen patients would come with their appointment, and Fanny Cracknell would register them there and take their money, I think, I sort of think it was $15 [laughs] for them to have this clinic check them out. And then she’d give me the chart and I would make sure that each patient saw four different doctors and had a blood test and then a chest x-ray.

Now, the four doctors were Dr. Marion Kerr. She was a medical history. Dr. McEachern was the ear, nose and throat doctor. There was a surgeon, I don’t remember who it was. And I think a Dr. Lougheed was a gynaecologist. She did the Pap smear.

They had all that in the morning, oh, they came back after lunch for a chest x-ray at the hospital. The reports especially from the Pap smear, I’m not sure whether they came to Cancer Detection Clinic. Oh, I think maybe she got the positive ones and sent them on to their family doctor. But there was early cancer, er, quite a few of them were positive, which was a very good system. We saw about fifteen patients a day, it was waiting list, was before you put your name on to get an appointment. There really was.

Interviewer: I had read that it was very popular, the waitlist grew every year.

Nurse Kennedy: Oh yeah, well, when you do even fifteen a day is pretty good, ’cause it’s only the morning until about one o’clock, and you saw four different specialists and blood work and a chest x-ray. It was quite a big success.