Once Christmas was over and winter settled in, a quiet would overtake the community. People went back to working, the men cutting wood, building boats, and mending nets while the women took care of the household and started on their winters work, knitting, making mats and cooking. The season of Lent would soon be upon them and religious traditions took precedent.

On Candlemas Day, there was no talk of groundhogs, but it was a marker for the passing of winter just the same. Sayings such as “if Candlemas day is bright and gay the worst of the winter has passed away”, told of weather predictions, while “half your grub and half your hay” reminded people to check their supplies as this is only the halfway point for winter. 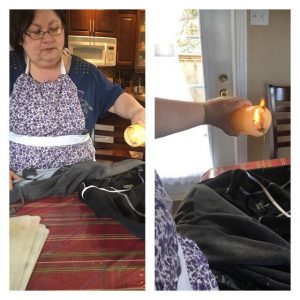 Maureen Whyte knew little of Candlemas Day until she moved to the little outport community of South East Bight in 1991 where with her now mother in law, Mary Whyte, she first celebrated this tradition.  On Feb. 2, before morning prayers, the people of the Bight would drop the wax.

Mary says “it was a holy tradition” intended to protect people and property.  The wax was dropped  in places like fishing sheds, boats, homes and on clothing. 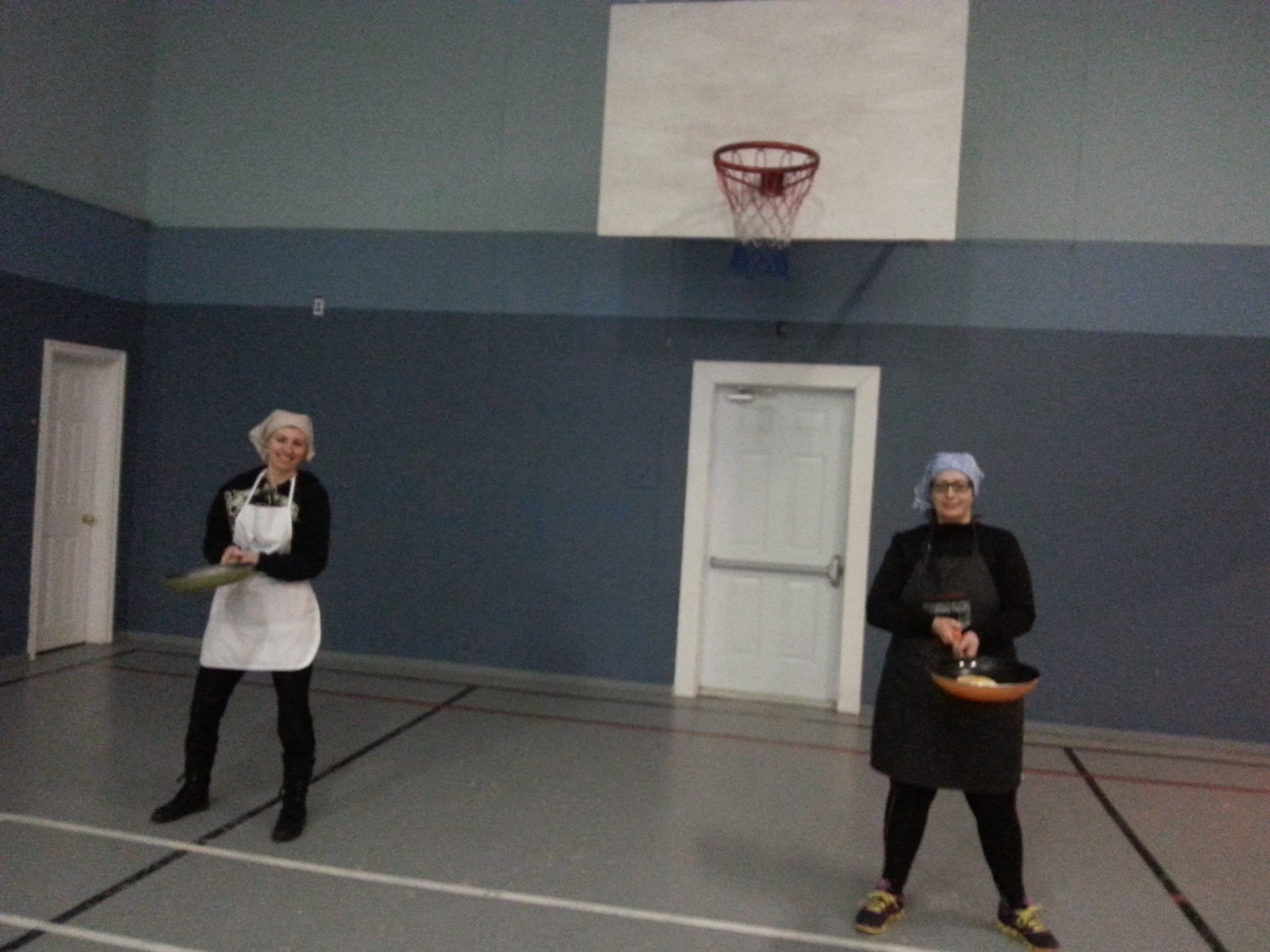 Ready for the pancake race

Pancake Day, or Shrove Tuesday, signaled the arrival of Lent and the last opportunity to enjoy sweets or other rich foods. Though there was no community time, there were family celebrations involving fortune telling pancakes.

Listen to Ruby King’s memories of Pancake Day with transcription

A penny would symbolize poverty, a ring, you were going to marry soon, a button told you that you would never marry. Nowadays, the tradition of Pancake Day continues with special breakfasts, and of course fortune telling pancakes. These days, two piles of pancakes are made; one pile to be eaten and another pile with trinkets inside to tell your future.

Today Valentine’s Day is the main winter celebration  with adult dances and special dinners but when we were young, this was a day for children. Homemade valentines were exchanged quietly during school hours. After school a much wilder exchange took place, with Valentine messages being tossed inside porches and hallways. Most,  addressed to specific persons in the house and signed “Guess Who”, proclaimed love for the intended 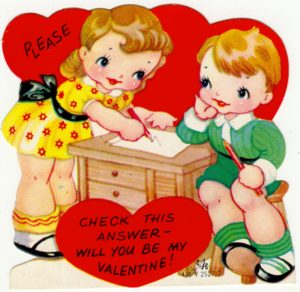 person but some humorously poked fun at the homeowner. While bought Valentines were rare, those that were received were highly valued. Caroline Hayse has kept the very first Valentine given to her by her husband for more than forty years.

But regardless of religious customs and bad weather, a whole winter could not go by without at least one time. For that there was Paddy’s Day.