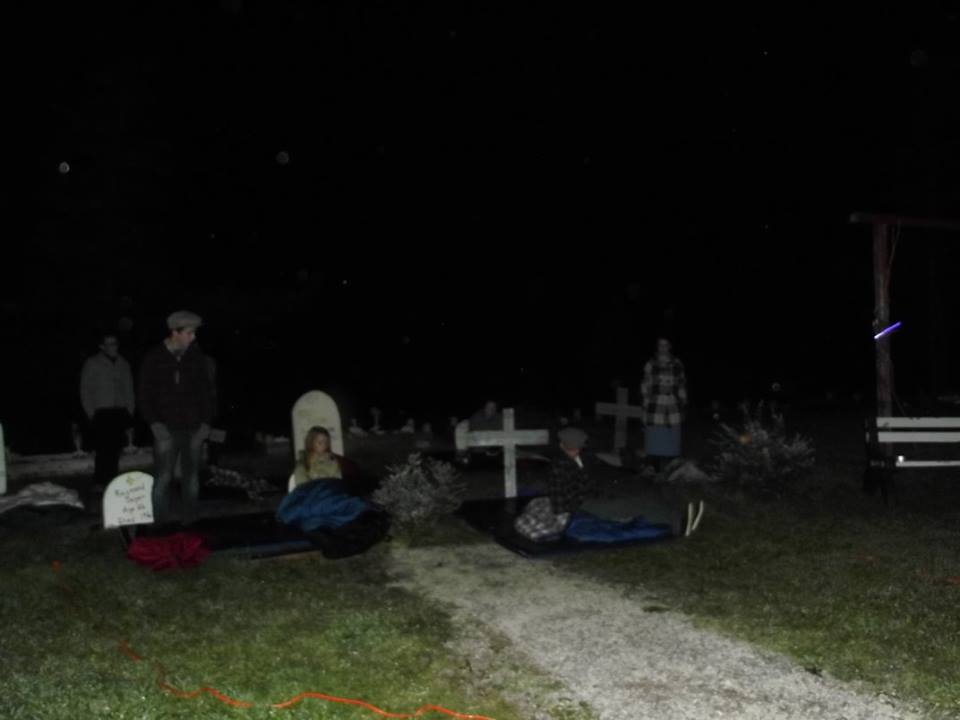 Growing up in Rushoon, I recall the celebration of Guy Fawke’s night was wildly entangled with the concept of Hallowe’en. Neither was tied to its specific date and neither was celebrated with dances or other such times. It was more a time for tricks and misbehaviour. Teenage boys and young men lit fires throughout the community and from those they lit torches and carried them around the community. Others played tricks like moving henhouses to other people’s yards, taking down gates and clotheslines, putting cabbages back in the garden, making noises under people’s houses and letting out the sheep. The really brave ones would hide in graveyards and make noises or show lights from there.

Between Hallowe’en and Guy Fawkes were the religious celebrations of All Saints and All Souls Day, so these misbehaviours were made all the more scary by the beliefs associated with these days. On those nights, bread in your pocket, lit candles in the windows, a holy medal and prayers were what got you round the harbour, if you dared be out at all. 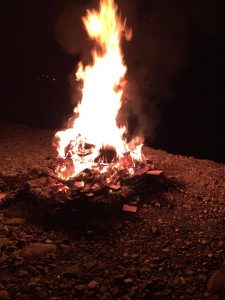 Today, Hallowe’en and Guy Fawke’s or Bonfire night are distinctly separate celebrations and All Souls Day is rarely mentioned. There are formal, community bonfires  but the connection to Guy Fawke’s is lost.  Heather Lockyer attended this year’s bonfire night in Rushoon, along with her family.  “The kids were really excited” she says, gathering up the wood.  Any residents that had wood to give and couldn’t get it to the site where the fire would be held got their wood picked up.  The adults along with the kids help build the fire.  Once the fire was started the residents enjoyed hot chocolate, soft drinks, juice, cupcakes and some cookies.

Hallowe’en is now more about the treats than the tricks.  In Parker’s Cove, the Hallowe’en dance now rivals Boxing night as the dance of the year. Kids no longer bob for apples and there are no hen houses to move.  Bags of candy given out before dark have taken the place of the bread that used  to secure one’s safe passage around the harbour on the night when the souls of the dead passed among the living.