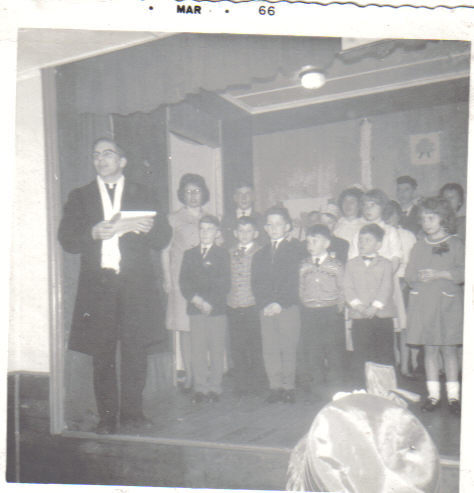 Though St. Patrick’s Day fell during Lent, there was always a time.  In Rushoon, the tradition of celebrating St. Patrick’s Day with a soup supper, concert and dance, goes back more than sixty years. This was always one of the biggest events of the year, and if the weather was at all suitable, people traveled from other communities to see the concert and participate in the social activities afterwards. This time was one young people particularly looked forward to as it was a chance to meet other young people from nearby communities. 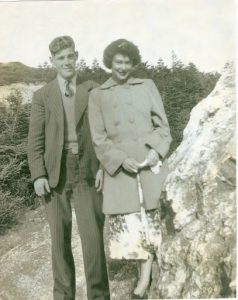 Alice and Gordon Drake as a young couple

“It was St Paddy’s Day” Alice Drake said and she and a friend had gone to a concert in Oderin. Looking up on the stage she saw this man she was smitten with.  At the dance they came side by side and he asked her to dance. She said “that was it” after that they got to know each other, then married, had a good life and raised a family. ” “St. Paddy’s Day is a day you hold dear, then” I said.  She said “Oh yes, it was the day I met my husband, a wonderful man”. 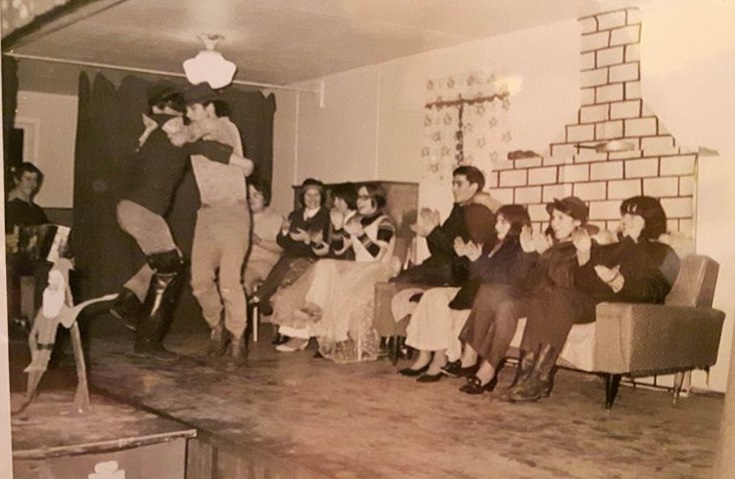 Skit from a Paddy’s Day concert in Rushoon

Paddy’s Day continues to be the occasion for a big time all over Placentia West. In Rushoon, the Paddy’s Day concert and dance is a long standing tradition.

Listen to Mary Power with transcription

The dance is now an adult affair and the concert features a matinee for kids, but when I was a child growing up there, the concert and dance was a family affair. Whole families would go to the hall together for the concert. When it was over the children didn’t go home with the babysitter as would happen today. Instead they stayed in the hall with their parents, and when they got tired they curled up in the corner on their parent’s coats and went asleep to the sound of stamping feet and accordion music.

There was no bar or liquor served but the men were known to have a nip from their flask when they went outside for a “cool off”.

Moose or mutton soup and thick slices of homemade bread were served throughout the night with the women taking turns between the dance floor and serving on the tables. There would be tea and pie, but in lesser quantities than at the garden party, since it was Lent after all. The dispensation for Paddy’s Day only went so far.