Mummering is one of the fondest memories of many of our seniors. It was a key part of their Christmas celebrations and one which was fun for both the host and the participants. In fact, for many who could not get home for Christmas, this was the part they missed the most.

But as the communities modernized, people carpeted their living rooms and the snow covered boots of mummers were welcomed in fewer and fewer houses. With new roads communities became more accessible and fear of outsiders made it more difficult for mummers to get inside. But that didn’t stop Bun Foote and Ren Hayse. They continued mummering well into the early nineties, developing a circle of homes in multiple communities where they were welcomed until the early hours of the morning. 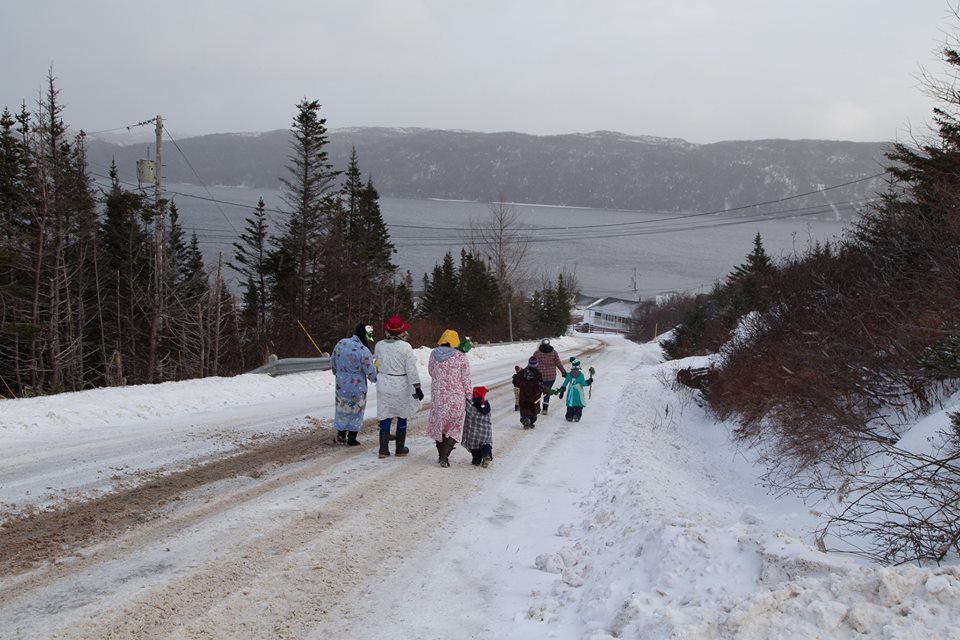 Mummers walking on a snow covered road in Parker’s Cove

In 1986, CBC’s Land and Sea aired a special Christmas show featuring the Mummer’s Song by Simani, a well known traditional Newfoundland  music duo . This episode and the song in particular revived interest in mummering and new ways of keeping the tradition alive emerged.

View The Mummer’s Song with transcription 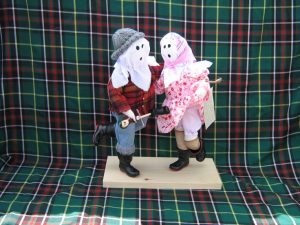 Today the mummer is an icon of Newfoundland, sold as Christmas ornaments and stamped on gift wrap. But this is not evidence of a dead tradition. In fact, mummering has become an essential element of every “Christmas in July celebration”.                        At Christmas, there are parades exclusively for mummers, mummers’ dances, daytime house visits, contests and mummer days at schools in the area.

In these new forms, mummers continue to make great memories for a new generation. 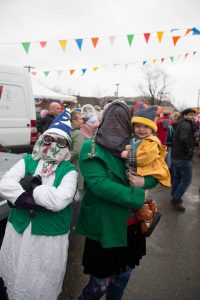 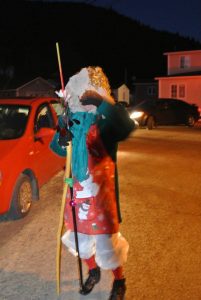