Up until A.C.’s passing, Barbara had mainly devoted her life to the work of her husband. But she was also an artist in her own right and had been recognized and respected as a printmaker. At one point, the couple decided to create prints of A.C.’s paintings to sell as an extra source of income. Though not a printmaker himself, A.C. taught Barbara the relief printing technique. 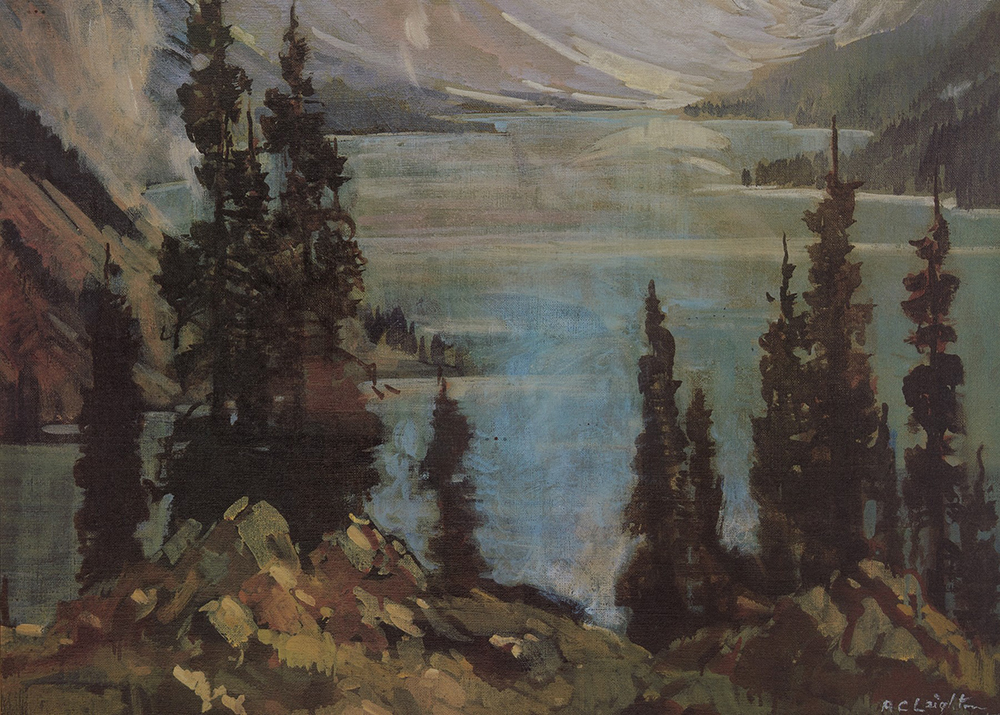 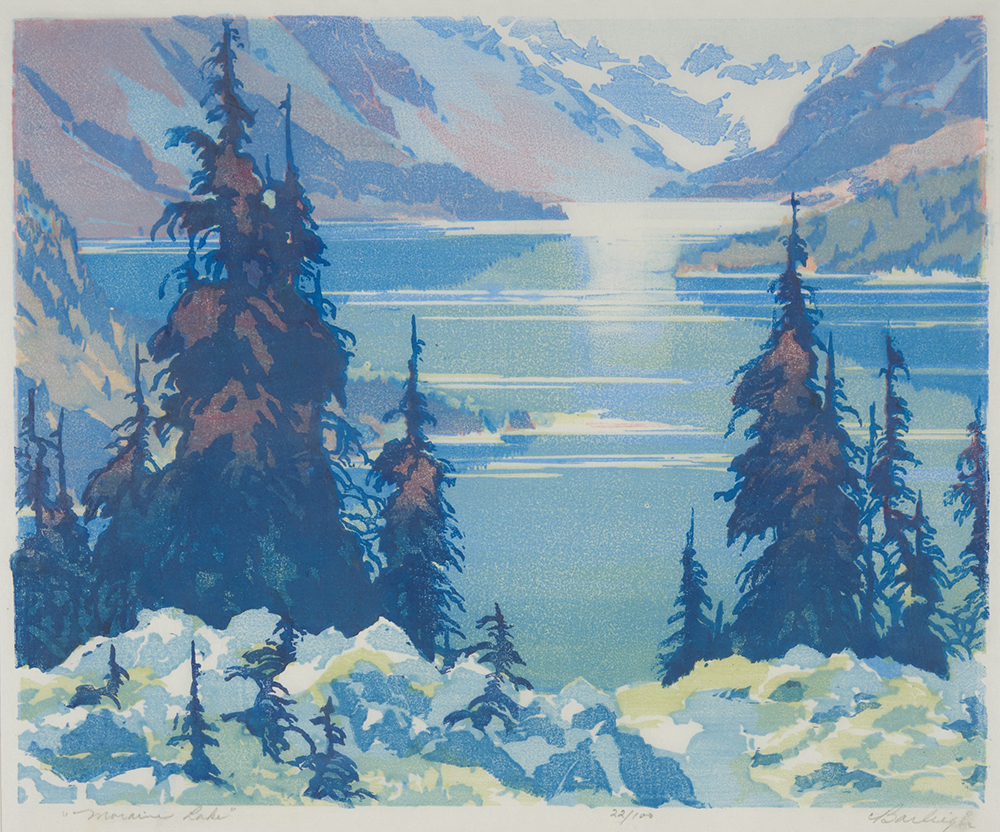 Relief printing involves carving the negative spaces of the image from a wooden or linoleum block. She began the process by tracing one of A.C.’s watercolours, then by transferring the tracing onto a piece of linoleum as a mirror image to the original, Barbara proceeded to carve away the negative space in the painting. Once her first block was carved, she printed that using waterbed ink, and then made another tracing before moving on to planning and carving the second block.

Each carved block represented a different colour on the final print. She repeated these steps until satisfied that her print accurately represented A.C.’s painting. The prints were all signed, “Barleigh,” a portmanteau combining her first and last name, also linking her name to A.C.’s as she was marrying their artistic practices in her prints. 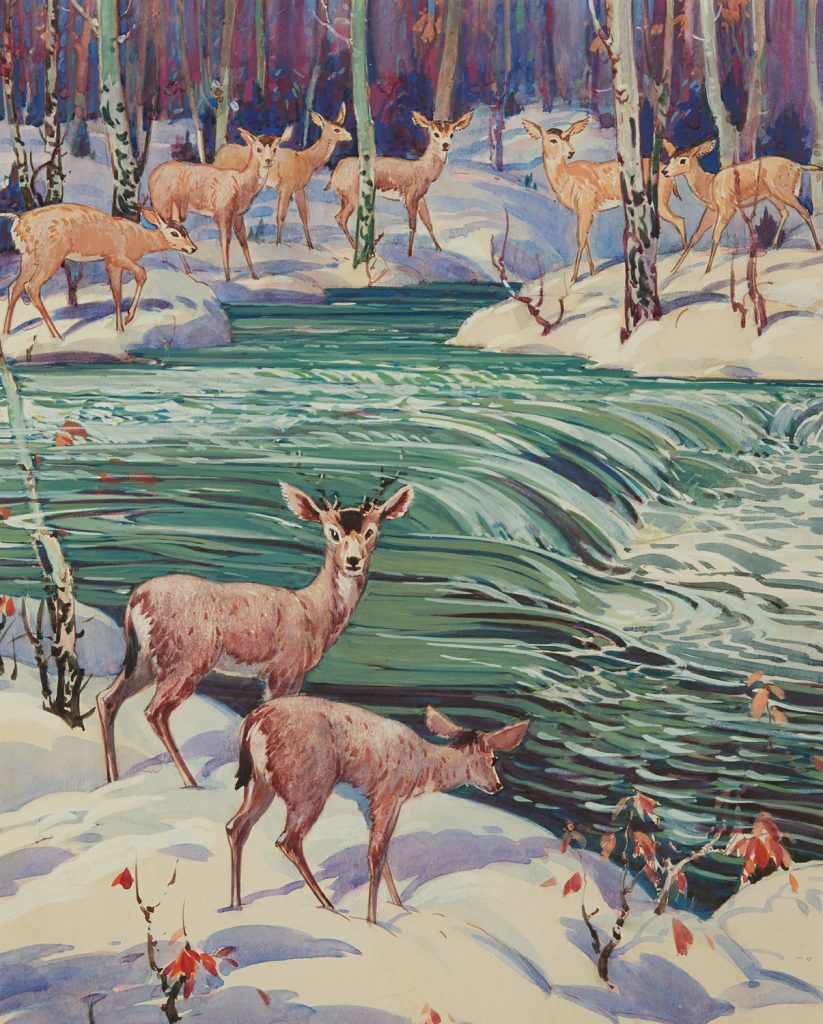 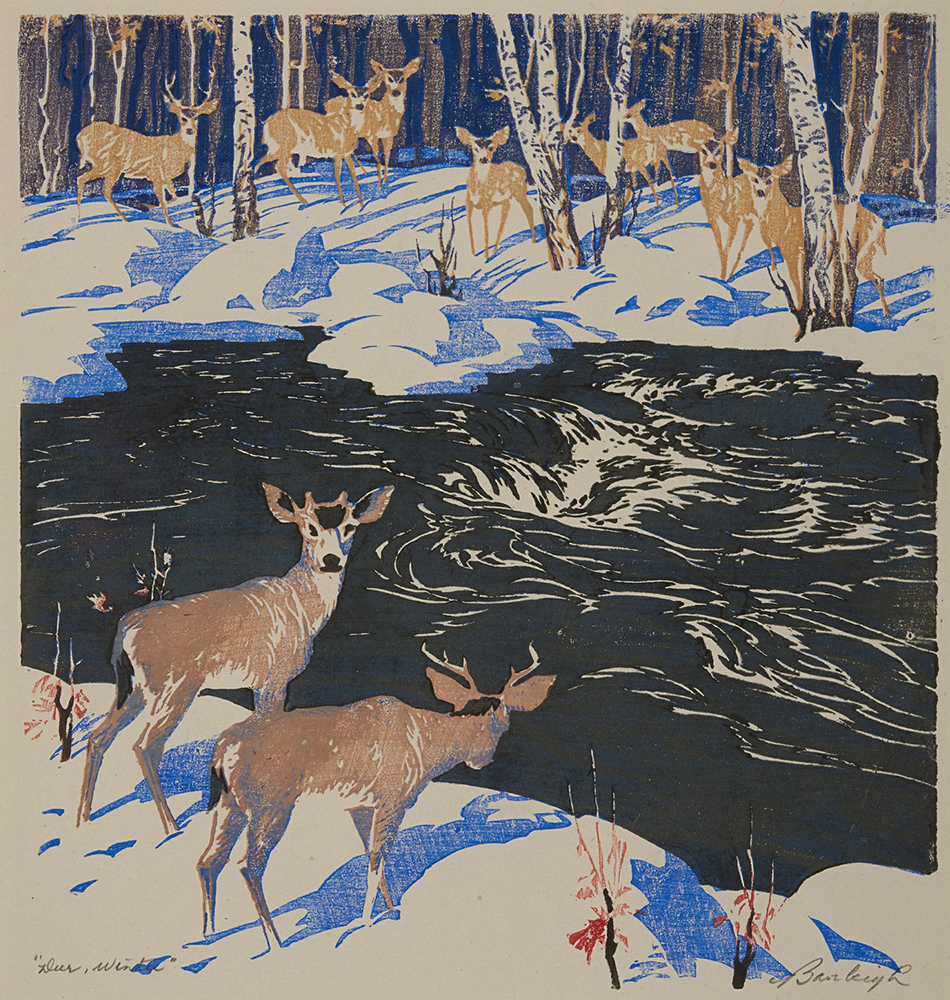 Barbara was elected a Full Member of the Canadian Society of Painter-Etchers and Engravers in 1942. In the same year one of her Lake Louise prints was purchased by the New York Central Reference Library. Additionally, in 1948, Barbara and A.C. exhibited her prints and his watercolours alongside each other at the Laguna Gallery in California, marrying their work in the eyes of the public.

She was indeed an accomplished artist in her own right. 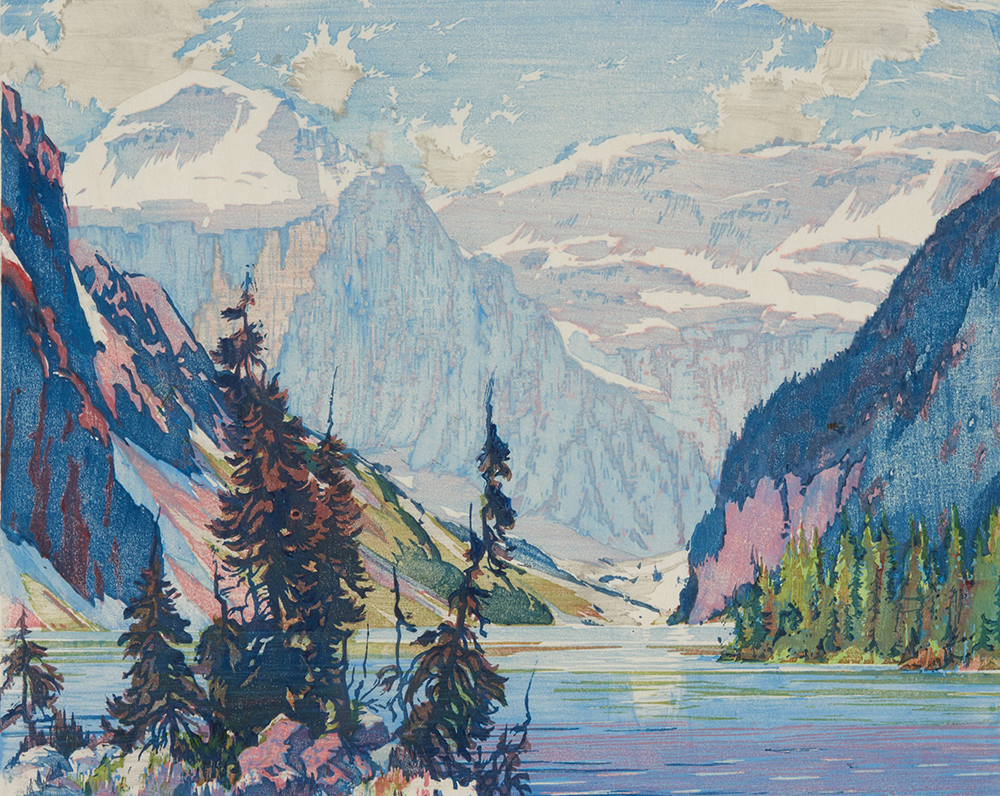