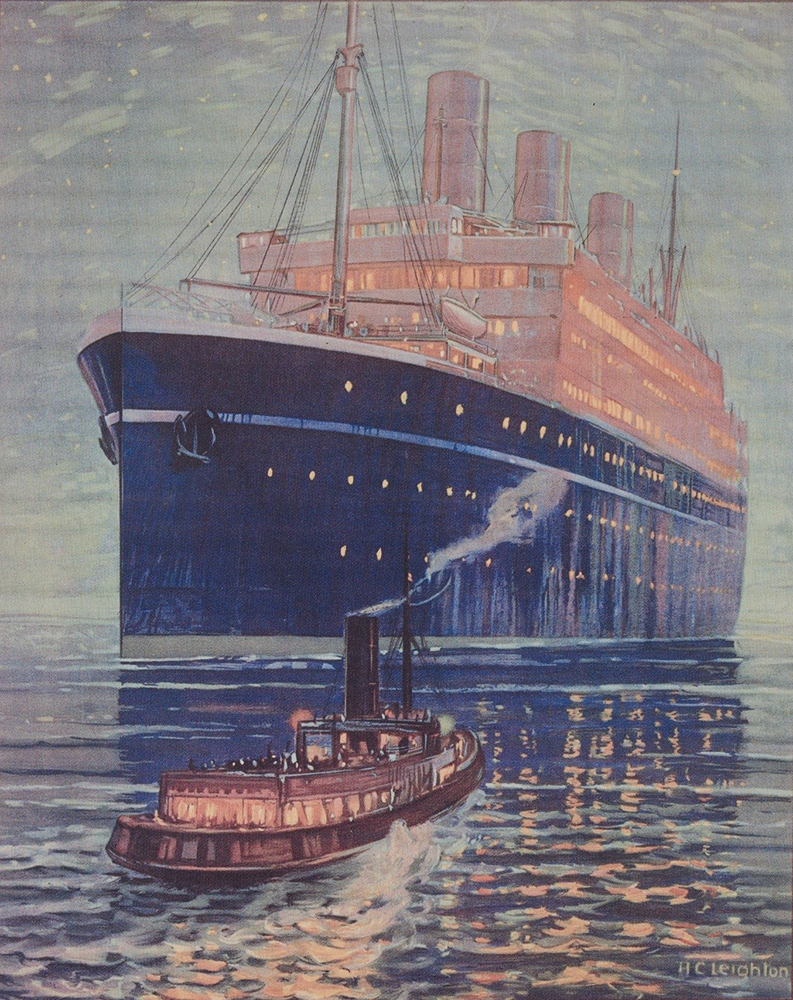 A.C. Leighton, Empress of Scotland, circa 1930, watercolour on paper

As a commercial artist by the Canadian Pacific Railway (CPR) A.C. painted the original watercolour of this ship to be used in a brochure encouraging people to travel to Canada via the CPR.

On A.C.’s second trip to Canada, he departed from Southampton in late June of 1927 and travelled on the Canadian Pacific’s Empress of Australia. Aboard this same ship was the Prince of Wales, later to become King Edward VIII, who was travelling to Canada to attend the Diamond Jubilee celebrations of the Canadian Federation. A.C., now well known, was commissioned to design a menu for the Prince and his party. 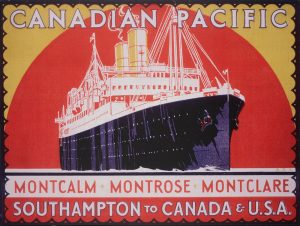