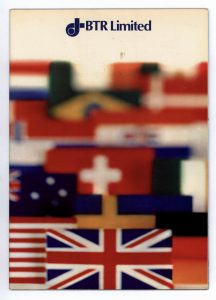 In 1980, a major international conglomerate, British Thermoplastics and Rubber (BTR), purchased Huyck Canada Limited. BTR had extensive interests in products meant for the manufacturing sector, with paper and textile products falling under their umbrella. The Canadian felt producers were a perfect acquisition.

BTR carried out their operations in the former Huyck locations, meaning the Arnprior plant was still in action. Recognizing the strength of the product name, the felts remained under the ‘Huyck Canada Limited’ label. BTR emphasized their difference from ‘former generations’ as they felt it was their responsibility to be constantly changing and adapting to keep up with the faster-paced industry of the 1980s. The employees of the Arnprior mill were well-used to this notion; the Huycks were always revolutionaries in their field and extended their innovations to Kenwood Mills.

In 1992, BTR merged their Huyck subsidiaries (Huyck Canada Limited, Huyck Formex, and Huyck Felt) with the Canadian and American divisions of Niagara Lockport Industries. The wholly-owned subsidiary was called Weavexx. Their fully synthetic felts were advertised to meet the fast pace of the paper-making industry, which was continually modernizing, and able to respond quickly to industry requirements. 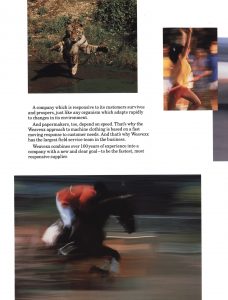 Weavexx workers felt they still belonged to a family. Even those who were retired received an invite to company-run events such as the Christmas dinner/dance. However, life after retirement wasn’t all positive for the pensioners. At one point Weavexx shut down their pension plan and moved the surplus over to a fund under BTR. A group of employees, led by the soon-to-be retired Eystein Huus, brought a legal action against the Superintendent of Pensions, Weavexx, and BTR for not acting in their best interest. In 2003, after a lengthy legal battle, the group was successful and received the surplus with any funds accumulated since the plans were merged.

The more mechanized the plant became, the less staff were required. Yarns and blankets were no longer produced internally, and synthetics didn’t require such stringent cleaning processes as wool. Quality remained important but it was not as labour intensive. After reaching peak employment in the 1980s, staffing levels were on the decline. 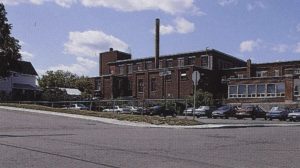 Weavexx Arnprior Plant in the 90s

Production slowed and some workers were becoming redundant. After a reduction of the staff by two thirds in 1994 the writing was on the wall.

The Huyck Name Returns The End of an Era