For years, the Kenwood Blanket was widely considered the gift to give and receive.  In December 1929, the factory was only producing a limited number of blanket styles: primarily the 43 line followed by the 45 line. Within two months, they introduced six new lines of blankets for consumers. The lines came in a huge variety of vibrant colours, all mixed and developed within the Kenwood laboratories. 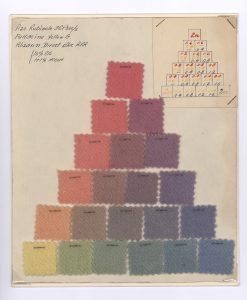 Blankets were made in much the same way as paper-makers’ felts. The main differences were that the wool and synthetic fibres for blankets were dyed. The raw wool was dyed after it was cleaned and dried. This was known as ‘lot-dyeing’ and done before it was woven. This gave workers the ability to mix different dye lots to achieve the correct colour. More importantly, it allowed blankets to be woven of multiple colours, as opposed to ‘piece-dyeing’ where already woven fabrics were dipped in the dye vat. Many blankets were only one colour, but the Norway (an all-wool line) could be purchased in different coloured plaids, such as blue, pink or the ever-famous Buffalo pattern, a black and red mixture. 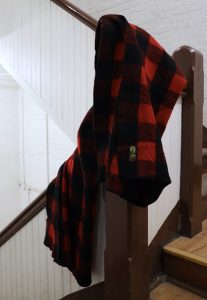 Kenwood made other multi-toned blankets including Hudson Bay blankets and the Viceroy #48. This line had one colour of yarn on the front, and another on the back. The innovation came from Walter Prentice of the Arnprior laboratory in 1956. The State of California awarded Kenwood Mills with a medal for their state-of-the-art idea. Upon receiving the medal, the plant manager Jack Melville gave it to Prentice for devising the process.

Blankets were inspected for faults, cut to size (being available from baby to King sizes, depending on the line), and then usually had a satin binding sewn on. This department was operated by women who used specially designed sewing machines to affix the trim and famous label. The blanket was packaged and sent out to stores throughout Canada and the United States.  Arnprior had its own “Kenwood Blanket Mill Store”, located at 198 Madawaska Boulevard, where local people could buy blankets and blanket remnants at a discounted price. 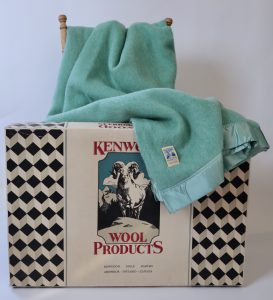 Part of Kenwood’s success was due to their intense marketing. Brightly coloured ads showing children warmly snuggled into their beds or attractive young ladies lounging peacefully under the satin trim were favourites, with the text emphasizing the comfort and quality of a future purchase. 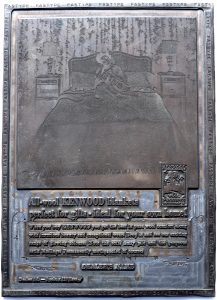 Aside from the brightly coloured blankets, Kenwood Mills also made grey and white blankets for the Navy and Army during WWII. In June of 1954, a deal was made with the Royal Canadian Mounted Police to make a line of blankets for the Mounties. These were part of the Norway Line and were Mountie red with a black stripe at the top and bottom and featured a mounted officer in the centre.

Leaders in Innovation: Paper-Makers’ Felts More than Blankets and Felts