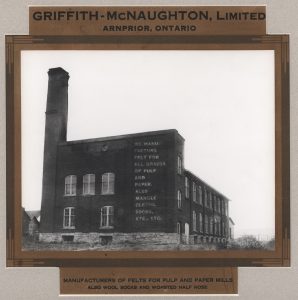 James Griffith found a willing business partner in Norman Lewis McNaughton. After purchasing the assets of the Arnprior Felt Company and taking over the stock and military contracts of the Arnprior Knitting Mills, the two were in business by July of 1916 under the name of Griffith‑McNaughton, Ltd. 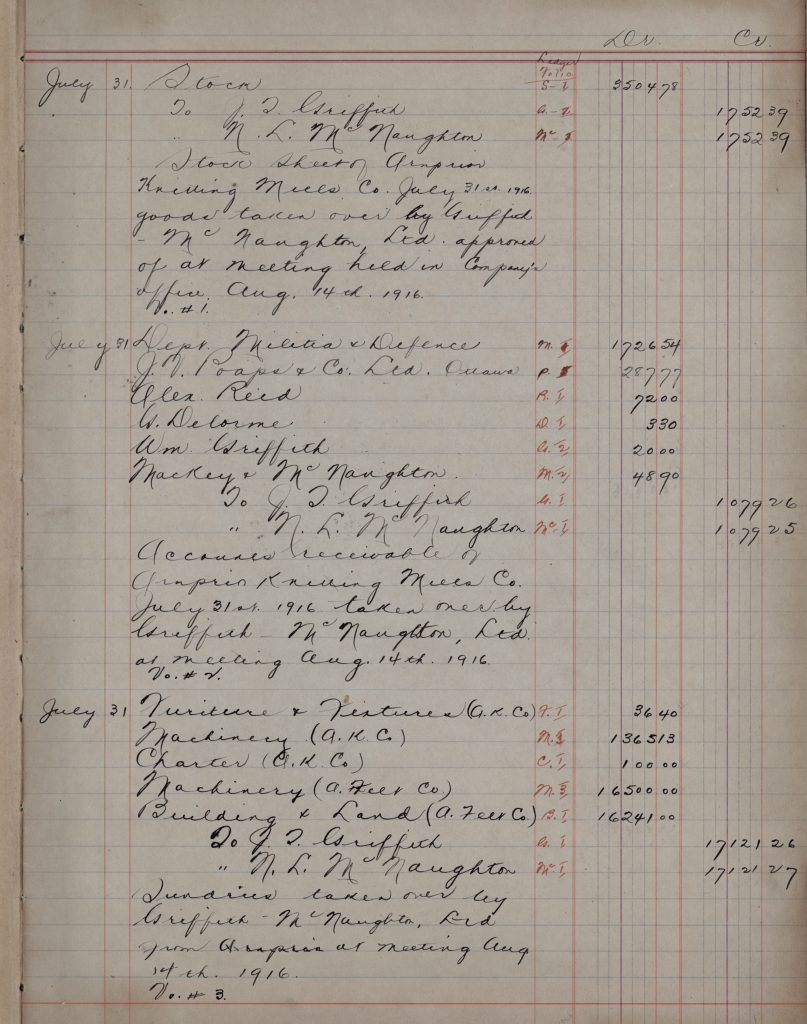 As they had absorbed both the assets and land owned by the Arnprior Felt Company, they built their business in the same factory on William and Edward Streets. The company continued to produce paper‑makers’ felts and manufacture socks and blankets for the Canadian Department of Militia and Defence, and the American War Department – after the USA entered the conflict in 1917. 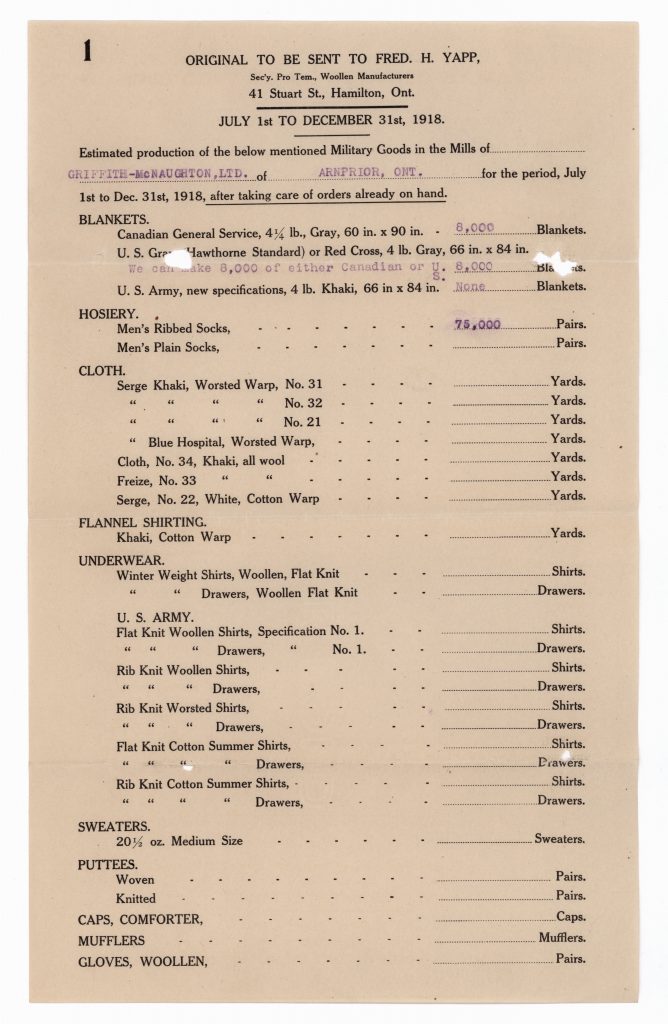 Although the factory was functioning in direct competition with Philip Dontigny’s Arnprior Woolen Mills, the town was able to support both firms. Contracts to manufacture and sell Griffith and McNaughton Ltd. goods on commission continued to be made with private companies – but always with the understanding that, at any moment, the raw materials or finished goods could be requisitioned by the Canadian Government to supply the troops on the front lines, which the Arnprior company accepted as being their patriotic duty. 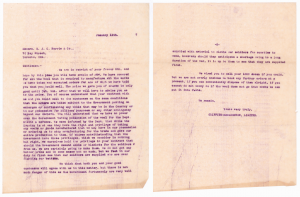 In early 1918, a delegation from the F.C. Huyck and Sons, a paper‑makers’ felt firm from New York, arrived in Arnprior and found Griffith and McNaughton willing to sell. They purchased the company in July of the same year and had the business fully transferred into their name by October.

However, this wasn’t the end for Griffith and McNaughton:  the pair went to downtown Arnprior and bought the northwest corner lot of John and Elgin Streets, also known as the Galvin Block. Here, along with McNaughton’s wife Margaret, they opened the Climax Clothing Company (1920-?).  Much of the cloth for making their goods (men’s clothing, hosiery, and fine lisle) was produced at Kenwood Mills.

The Arnprior Felt Company The Huycks Come to Arnprior