Skip to main content
Too often the “ordinary people” who make up political movements go ignored in the pages of history. Leaders like William Lyon Mackenzie and Louis-Joseph Papineau get remembered. Yet, names such as Willson, Doan, Reid, Graham and others are rarely mentioned. There were many citizens of Sharon who chose to take part in the Rebellion. Many were also imprisoned for their involvement. Two members of the Children of Peace lost their lives in the Rebellion: James Henderson, and James Kavanagh. Alexander McLeod died after transportation to the British penal colony of Van Diemen’s Land (Tasmania).  Others such as Joseph Brammer and Enos Doan left for the United States. 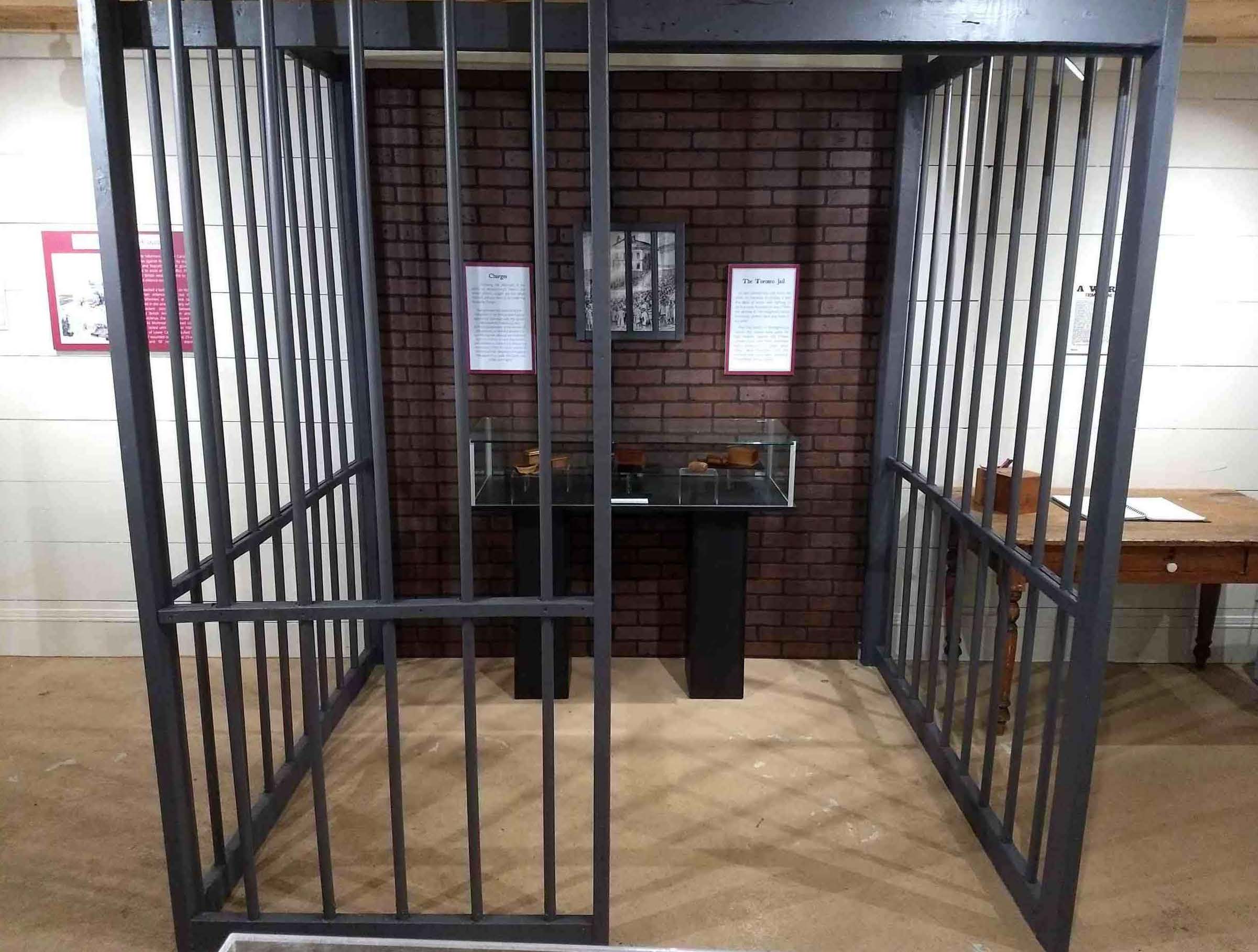 A replica jailcell in the exhibit space of the Sharon Temple. Guests are able to step inside and view the collection of rebellion boxes. 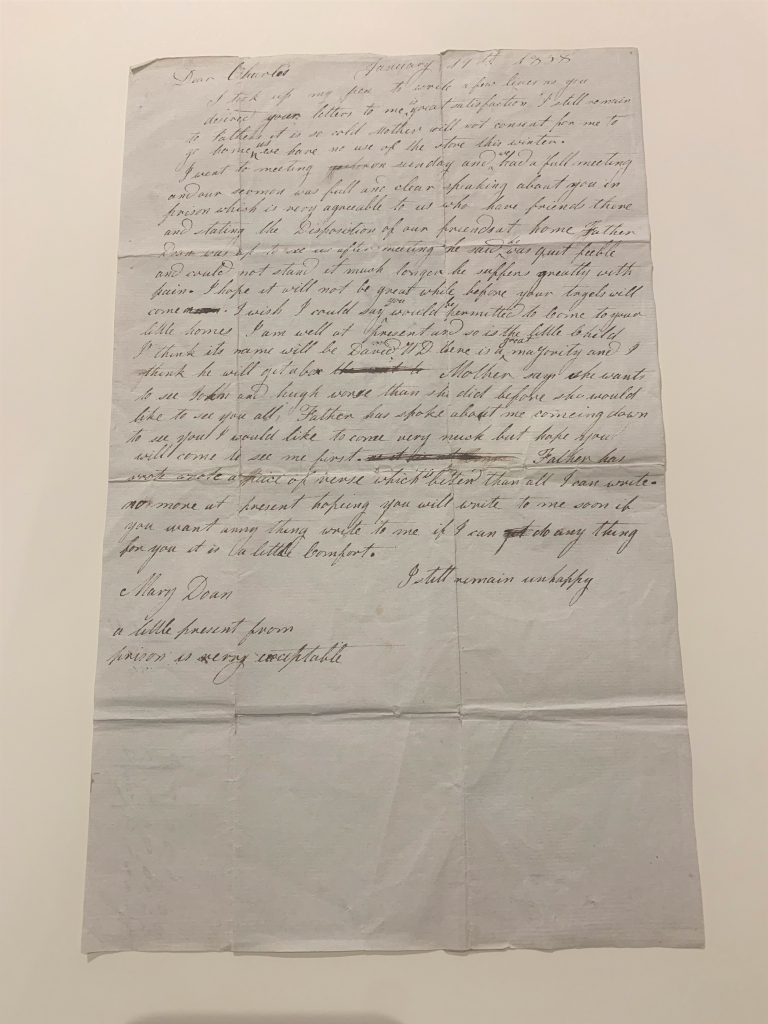 In the winter of 1838, rebels and their supporters were jailed across Upper Canada, held without trial or counsel. It was not until almost April that they were tried and some convicted of “high treason.” In April, Samuel Lount and Peter Matthews were publicly hanged. The remaining death sentences got reduced to transportation to British penal colonies in Tasmania. Conditions in the jail cells were terrible, with as many as fifty-three men packed into one room. There were no proper beds, few blankets, and no privacy.  It was the dead of winter with nothing to do but carve bits of firewood and watch from a barred window as the gallows got constructed. In the spring of 1838, the men in the Toronto and Kingston jails started crafting Rebellion boxes.  This craftsmanship lifted the men’s spirits and also gave comfort to their loved ones back home.