Mackenzie saw the Lower Canada rebellion as an opportunity: he could seize control in Toronto while British troops were in Quebec. On December 4th, 500 men marched down Yonge Street from Montgomery’s Tavern with the intent to occupy Toronto’s City Hall. On December 5th, a small band of loyalists stopped the rebels. They shot at and charged the rebels, causing many of them to flee.

On December 6th, the rebels raided a mail coach. They learned of a planned attack on the Tavern by a force of 1,500 soldiers and civilians. On December 7th, 1,000 British soldiers and militia advanced on 300 rebels at the Tavern. The British fired cannons into the building and exchanged fire with the rebels. The rebels were defeated in only 20 minutes. Many of them fled, abandoning Montgomery’s Tavern, and the soldiers burned down the building. 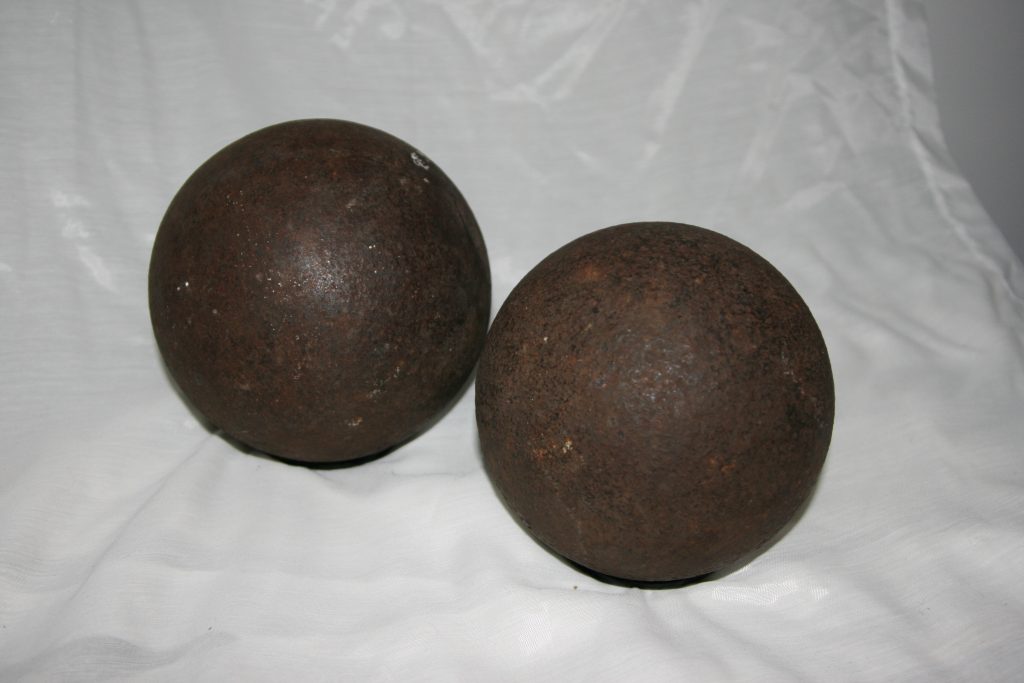 The Sharon Temple has two cannonballs found under the rubble of Montgomery’s Tavern.

Two members of the Children of Peace lost their lives at the battle on Yonge Street. They were James Henderson and James Kavanagh. Others were imprisoned, and one, Alexander McLeod, was transported to the British penal colony of Van Diemen’s Land (Tasmania).  Samuel Lount and Peter Matthews were the only two rebels sentenced to death by hanging. 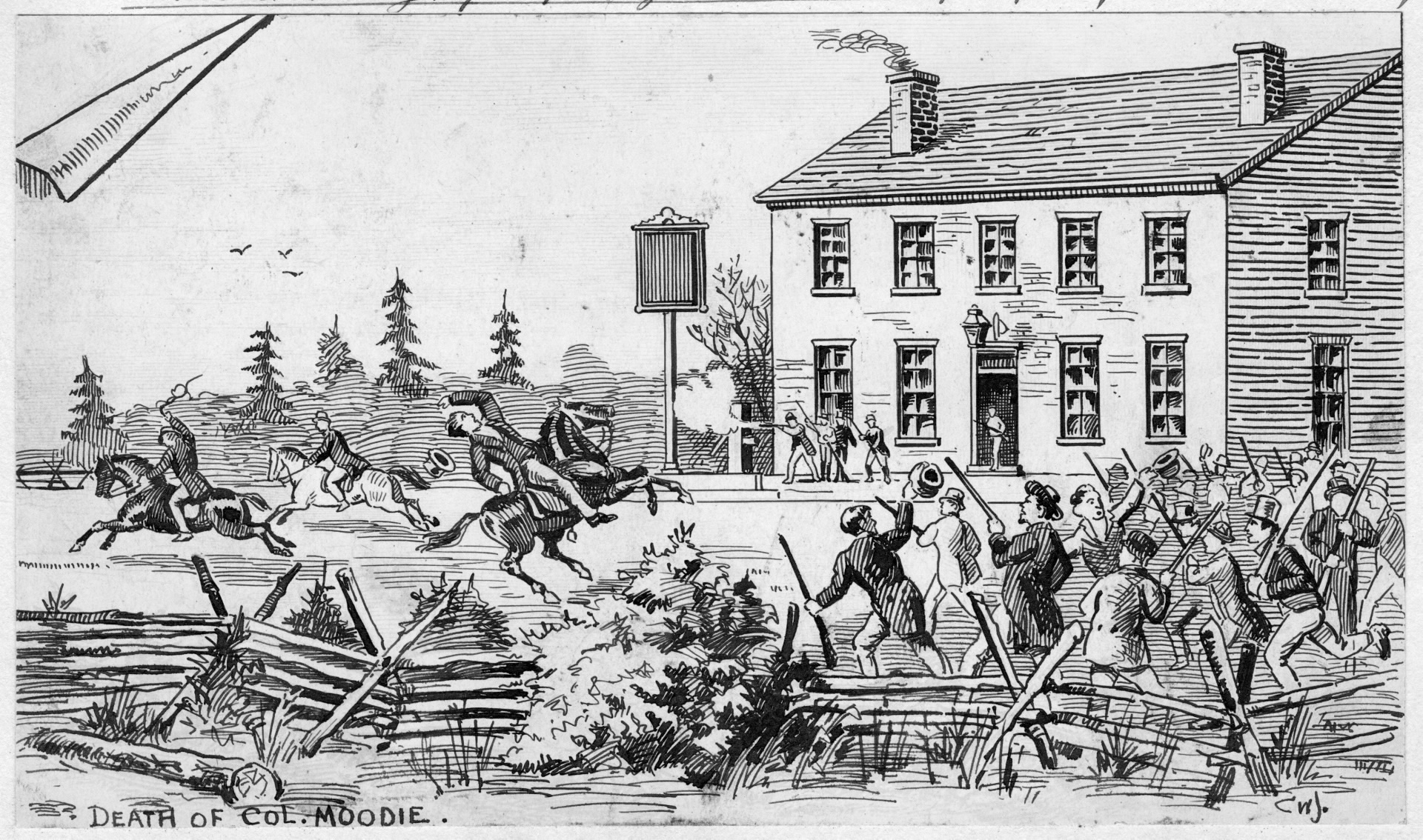 An illustration of the battle at Montgomery’s Tavern showing the shooting of Col. Robert Moodie.

British soldiers searched for rebels and put many of them in jail under the following charges:

“Being moved and seduced by the instigation of the devil as false traitors against our Sovereign Lady, the Queen, did unlawfully, maliciously, and traitorously assemble to the number of 500 persons, armed and arrayed in a war-like manner, attempt and endeavour, by force of arms, to raise insurrection and rebellion to subvert and destroy the Constitution of this Province, contrary to the duty of their allegiance and against the peace of our Lady, the Queen, her Crown and Dignity.”

Upper Canada arrested over 800 people for supporting the Rebellion of 1837. David Willson himself was arrested, but he made the case that he never supported armed conflict and wanted only peaceful reform. However, there were rumours that government supporters planned to burn the Temple as payback.

Rebellion Begins The Children of Peace as Rebels