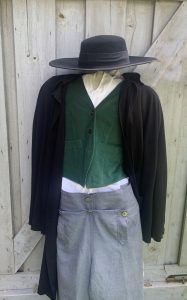 Replica outfit the rebels would have worn.

Not all rebels who marched went armed. Many marched down Yonge Street to show solidarity. They had no intention of participating in armed conflict. The rebels who were members of the Children of Peace are as follows:

Edward Brammer was born in 1811 in Rotherham, Yorkshire, England. He married Hannah Scales (1805-1882) with whom he had three children: Catherine Elizabeth, Edward  (1843-1909), and Robert. He immigrated to Sharon in 1836 to join his older brothers. He participated in the Rebellion and got jailed for a brief period.

John Brammer, father to Edward and Joseph, was born in 1786 in Yorkshire, England. He married Ann Wright (1779-1864) with whom he had three sons. He was a prisoner along with John Montgomery in the Toronto jail. His name is on a Jesse Doan Rebellion box. He died in 1871 in East Gwillimbury.
Joseph Brammer was born on July 15th, 1809, in Yorkshire, England. He immigrated to Upper Canada as a young man. He lived with his family in the village of Hope in 1837. He married Ellen Lundy (1803-1886) with whom he had eight children. He participated in the 1837 Rebellion, speaking out against the Family Compact while maintaining his loyalty to Britain. He reported the harsh conditions that of the battle at Montgomery’s Tavern: “It was said his boots froze to his feet during the melee.” He got captured a few days after the battle. He was first held at the Old Kirk in Newmarket before relocation to a jail in Toronto. He never made it to trial as he escaped the prison to Buffalo a few days later during the release of other inmates.
Charles Doan was born in King Township in 1808. He was an active member of the Children of Peace, playing the bassoon in the band. He made a statement to authorities from his involvement in the Rebellion, giving vital information on how members of this peaceful sect came to be a part of the Rebellion. Charles crafted and sent a Rebellion Box to his father-in-law, David Willson, while he was in prison. A letter his wife Mary sent him while he was in prison is included in our exhibit.
Enos Doan was born around 1812 and lived in East Gwillimbury when he took part in the Rebellion of 1837. Information on his family life remains limited.  He took part in the Rebellion alongside his brother Judah. Afterwards, persecution was a factor in his family’s move to the United States. 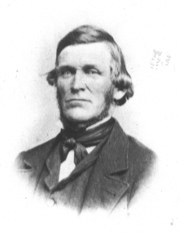 Jesse Doan, one of the imprisoned Children of the Peace members during the Rebellion.

Jesse Doan was born on September 15, 1814, in East Gwillimbury. Jesse participated in the 1837 Rebellion alongside his brother Charles. He built the Log Cabin that sits on the Temple site, and was the leader of the Children of Peace band. He was only 23 years of age when he was jailed for a few months in Toronto and created a Rebellion box. 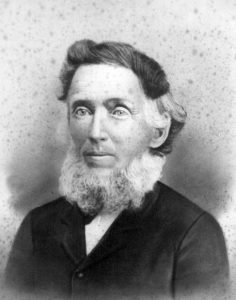 Judah Doan, an imprisoned rebel from the 1837 Rebellion and a member of the Children of the Peace.

Judah Doan was born in 1814. He took part in the Rebellion of 1837. He fought alongside his brother Enos and his cousins Charles and Jesse. Unlike Enos, he stayed in East Gwillimbury after the Rebellion. Records state his family left the Children of Peace after 1855. They left to become Wesleyan Methodists.

Jeremiah Graham was born in approximately 1801. He participated with his brothers William, John, and Richard in the Rebellion of 1837. Jeremiah and Richard fled to the United States to avoid detention after the combat. They returned later with their families. Jeremiah became a minister in the reformed Christian Church, also known as the Disciples of Christ. 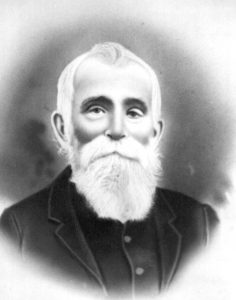 John Graham, an imprisoned rebel from the 1837 Rebellion and a member of the Children of Peace.

John Graham was brother to William, Jeremiah, and Richard. He participated alongside his brothers in the Rebellion of 1837. John made a Rebellion box for his sister Hester which is on display at the Sharon Temple. An article in The York Pioneer (the journal of the York Pioneer & Historical Society) from 1987 has letters written to John while he was in prison. They come from his brother William, sister-in-law Elizabeth and mother Hester. After the Rebellion, John left the Children of Peace. He is believed to have moved to the United States.
Richard Graham was brother to William, Jeremiah, and John. Although never a member of the Children of Peace, he participated in the Rebellion of 1837. He fought alongside his brothers. He also fled to the United States to avoid persecution. 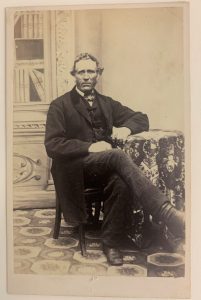 William Graham was brother to Jeremiah, Richard, and John. He was born in New York state around 1806. He moved to Upper Canada with his family and became a member of the Children of Peace. He joined the Rebellion in 1837 and put in jail at the Old Kirk in Newmarket for his participation. He was released on bail and never tried. Unlike his brothers, William remained an involved member of the Children of Peace. His family left the sect in 1881, long after the death of David Willson.

James Henderson worked as a blacksmith in Sharon. He was shot and killed during the march on Yonge Street. He had married Ellen Hughes of the Children of Peace only a few months earlier, in March, 1837.
George Hill was originally from Bucks County, Pennsylvania. He served as a constable in East Gwillimbury as early as 1811. He married Lucy Hill with whom he had five children. Lucy died in 1830 at age 42, buried in the Sharon Burying Ground next to their oldest son Simpson who died in 1832 at age 22. By 1834 George owned a farm and tannery. There is little information about his participation in the Rebellion in 1837. He returned to Bucks County after the loss of his mill to a business competitor.
James Kavanagh was born in 1793 in St Mary’s Parish, Wexford, Ireland. In 1811 he enlisted in the 99th Regiment of the British Army. He was discharged in 1818 without paperwork. Retired military officers often became important figures in the colonial bureaucracy. Without paperwork James could not access these positions. His lack of pension and other benefits likely led to his participation in the Rebellion. Kavanagh was one of the two casualties in the battle. He was wounded “by a comrade” on December 5th and died in hospital on December 12th. 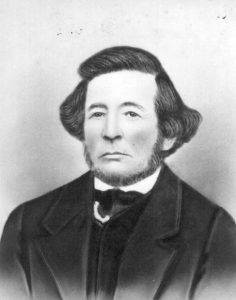 Jacob Lundy, an imprisoned rebel from the 1837 Rebellion and a member of the Children of Peace.

Jacob Lundy was born in 1809 to Israel Lundy and Rachel Hughes. He believed in the negative impact of the Family Compact and took part in the Rebellion of 1837. He was taken prisoner at Gallows Hill, and authorities wished to use him as a state witness. According to his obituary of June 21, 1878, he was unsure of the uprising against state authority. He lived to see his political hopes fulfilled with the establishment of Responsible Government. He was also a strong supporter of the Liberal Party.