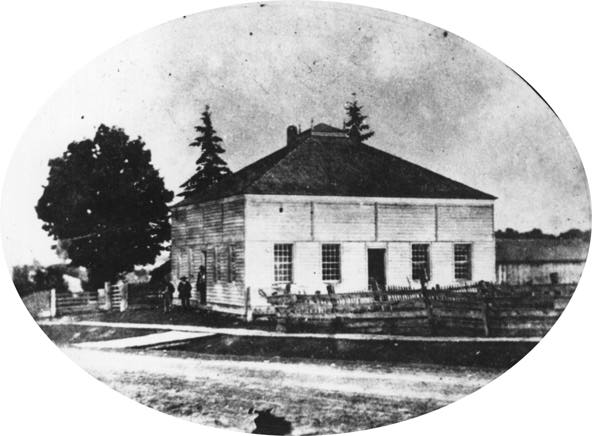 The First Meeting House used by the Children of Peace for meetings.

True to their Quaker beginnings, many members of the Children of Peace held pacifist views. For this reason, their involvement in the Rebellion puzzled many. Their religious beliefs promoted social equality and democracy. This may explain their actions.

Unrest within the Children of Peace grew as a result of participation in the Rebellion by members and David Willson’s family . Willson’s own involvement in politics created conflict, even though he did not support Mackenzie’s call to arms. 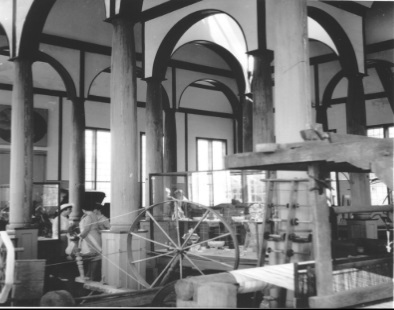 A black and white image of the Temple full of artifacts collection by the York Pioneers before the exhibition building was built to store them.

In the decade following the Rebellion, several prominent members chose to leave. Ebenezer Doan, master builder of the Sharon Temple, left in 1840. The Rebellion and increased political involvement likely motivated him to leave. 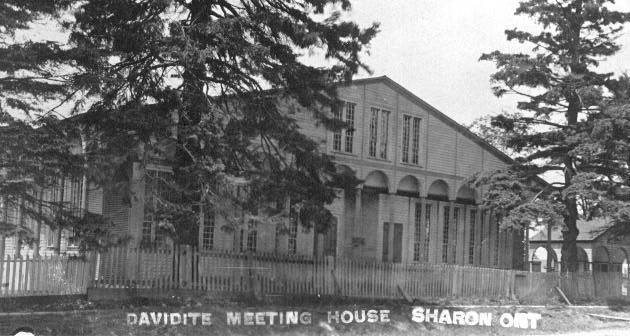 The Second Meeting House used by the Children of Peace for meetings and feasts.

In his letter to the assembly, Ebenezer Doan wrote:

“I saw many things in society that gave me dissatisfaction which caus’d a scruple in my own conscience which I was not able to relieve myself from, although I sought the spirit of forgiveness that I might be reconciled to my friends, yet my scruples remained the same, and press’d upon me day and night untill I have thought it my right to lay before you this testament and if there is not an alteration in these things in time to come I must beg your forgiveness and absenting myself altogether from the assembly.”

Upon leaving the Children of Peace, Ebenezer and his wife Elizabeth became Quakers again.