The timing of Port Coquitlam’s founding as a city led to a tumultuous beginning. Through it all the people of the city persevered, led by the city’s mayor, Arthur Mars. His was not an easy task as one year after another disaster befell the city just as it was starting to recover from the last devastating blow. Bit by bit they rebuilt, altering the city and the downtown as each disaster left its mark.

The city may not have become the bustling port that was envisioned at its founding, but the townsfolk learned to build on the foundations that remained. Port Coquitlam became a city that grew in spite of its challenging beginnings. Discover the story of our city, a tale of grit and resilience and hope for the future. 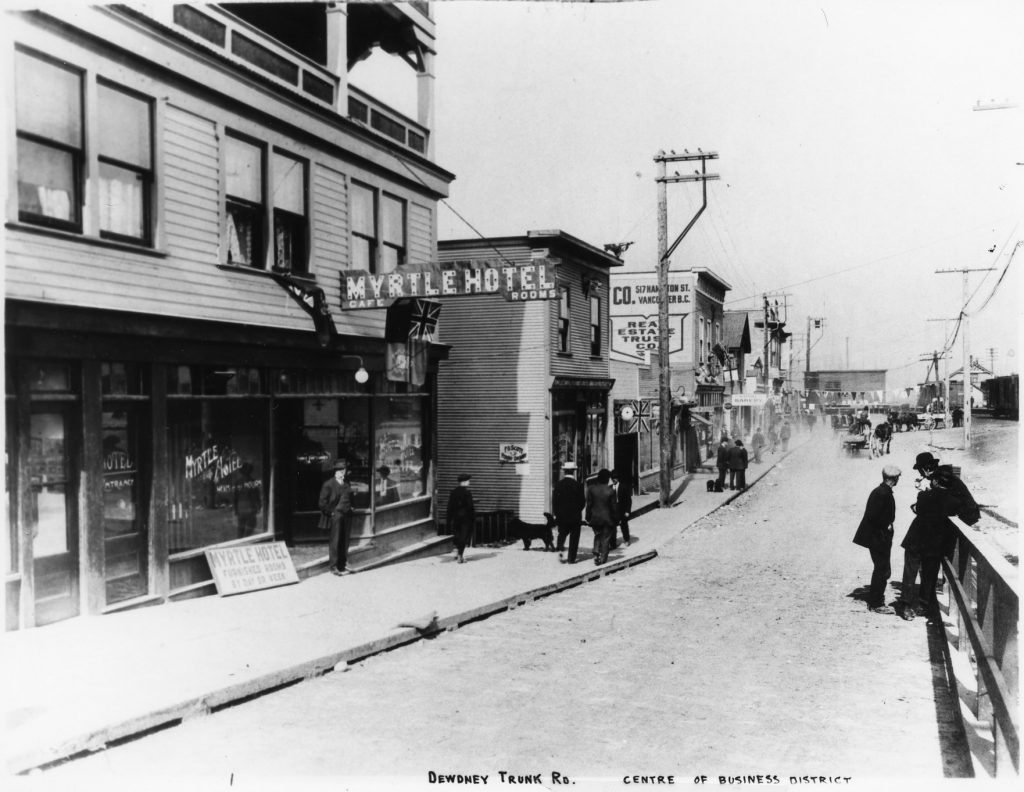 Dewdney Trunk Road After the Fire, 1920