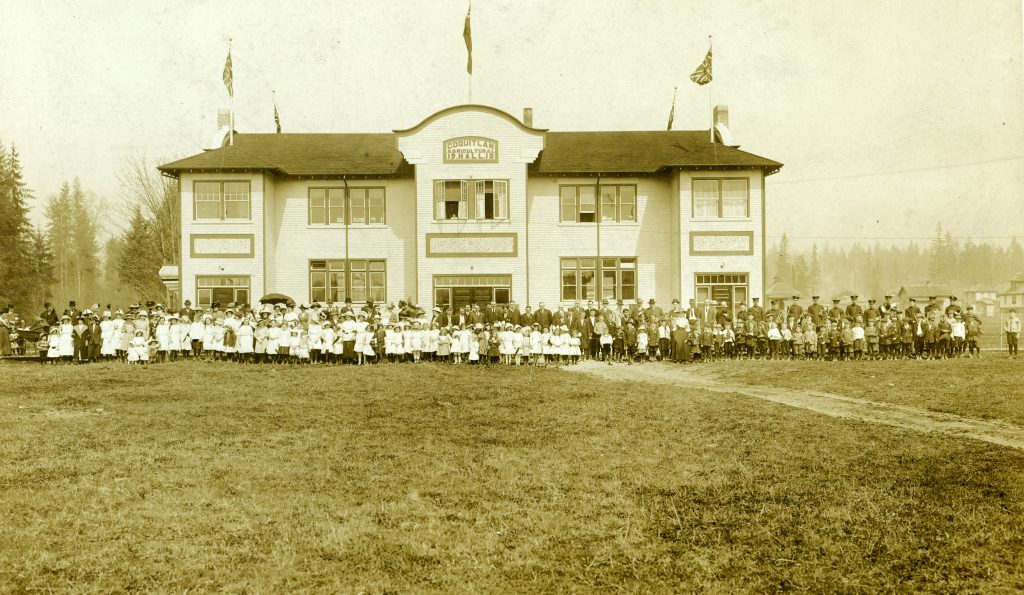 Port Coquitlam didn’t celebrate its birth as a city right away. While it was incorporated as a city on March 7, 1913, the incorporation celebration was held on April 18. On that day a parade was held in which most of the townsfolk participated. The parade ended up at Agricultural Hall, or Aggie Hall as it was affectionately known, where some of the celebrants played a game of baseball and the children competed in races. 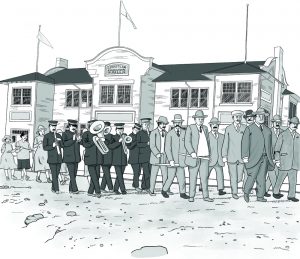 After the games the mayor gave a speech predicting that the city’s population would increase exponentially in the next three years. As the crowd clapped, the mayor planted a tree, as did representatives for the girls, boys and women. Four ceremonial maple trees were planted in Aggie Park that day to mark the occasion. 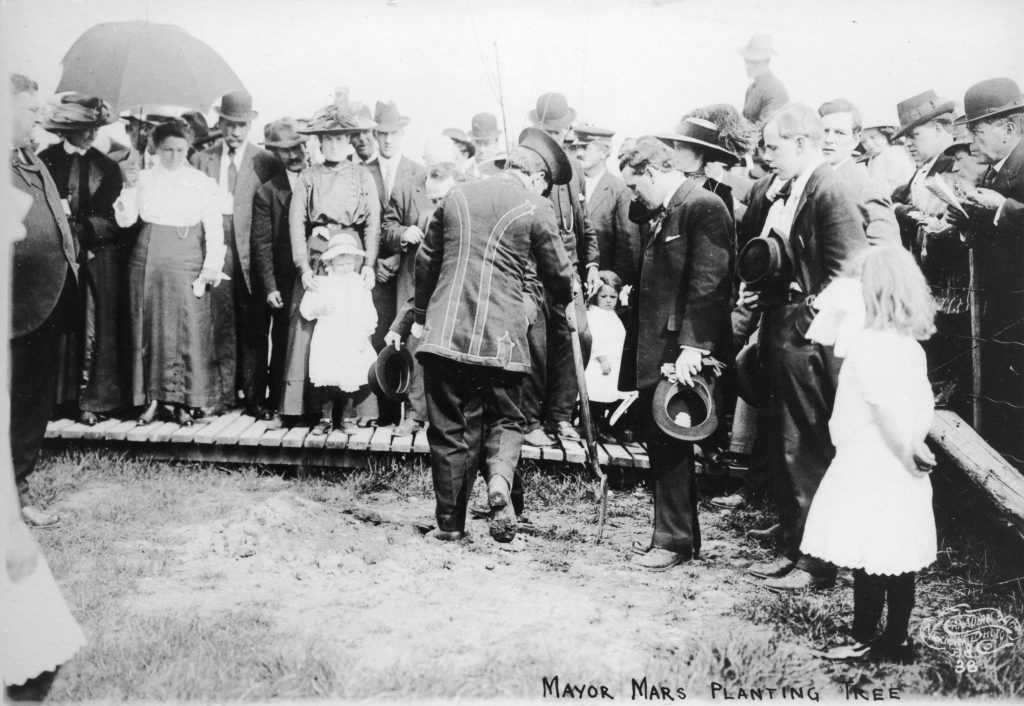 Mayor Mars plants a tree at the City of Port Coquitlam’s incorporation, 1913. 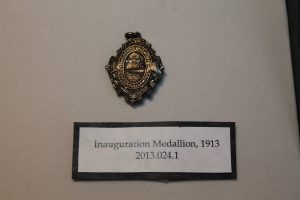 Medallion from Port Coquitlam’s incorporation and centennial celebration in 2013. 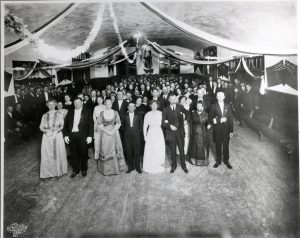 As part of the ceremony, the mayor handed out silver medallions to the students of Junction School to commemorate the event.  A banquet was held for men only at the modern Commercial Hotel but ladies were included in the grand ball that topped off the celebration. It appeared that the city’s optimism was well placed. The railway had already started expanding  in 1912, moving their freight yards from Vancouver to Westminster Junction, which would soon become Port Coquitlam. Work at the harbour had increased and the first shipyards had started. As word spread about the promise of Port Coquitlam’s future, buyers from all over the country and the world bought property in the city. Based on signs of promise like these, an ambitious city council decided the time was right to borrow against the future and build a new official city hall. They chose a site on the other side of the Coquitlam River to allow plenty of room for the city to expand, an expansion that it seemed nothing could stop. 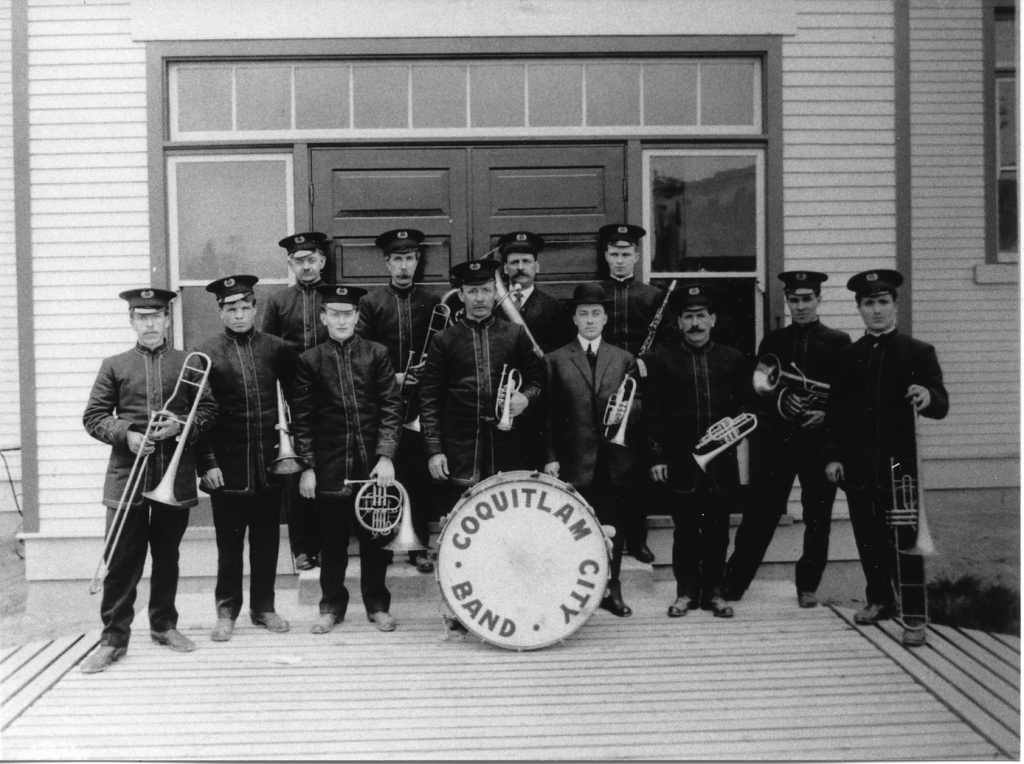