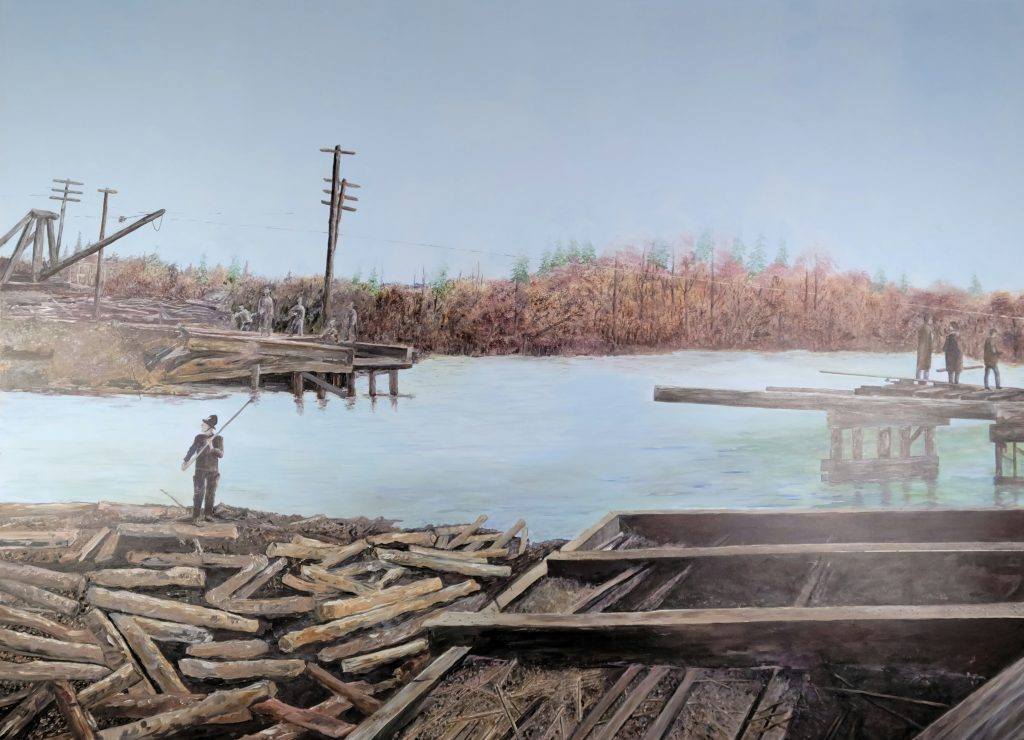 By 1921 the city had begun rebuilding and businesses were beginning to recover after the lean years caused by the flu and fire. With new businesses being enticed to set up in Port Coquitlam, Mayor Arthur Mars was optimistic about the coming year as he said, “The outlook for 1921 is bright and with the rubber works in full running I think we are justified in complete confidence in the future.”

For most of the year it seemed like the mayor’s prediction was coming true. Then, in October, heavy rains came. Rivers started to rise, flooding land, roads and railway tracks. In an effort to keep communications open, the operators in the telephone exchange stood on stools above the water which had entered their building. People in lower lying areas were evacuated from their homes. 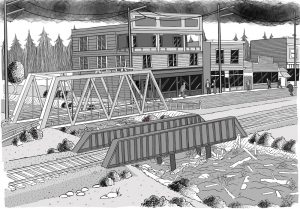 The efforts to deal with the rising waters were ongoing but the townsfolk didn’t realize that a further danger was accumulating. As the waters swelled in the Coquitlam River, a log jam formed at the Coquitlam River Bridge putting pressure on the structure. The road and rail bridges gave way and a wall of water went barreling down towards Port Coquitlam’s downtown business district. 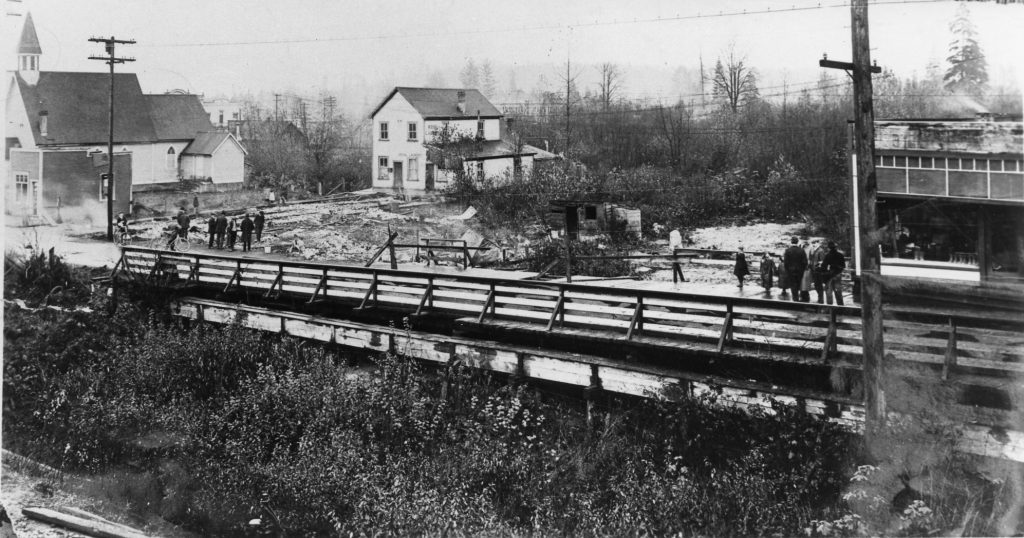 Fighting the Flames Fleeing the Flood