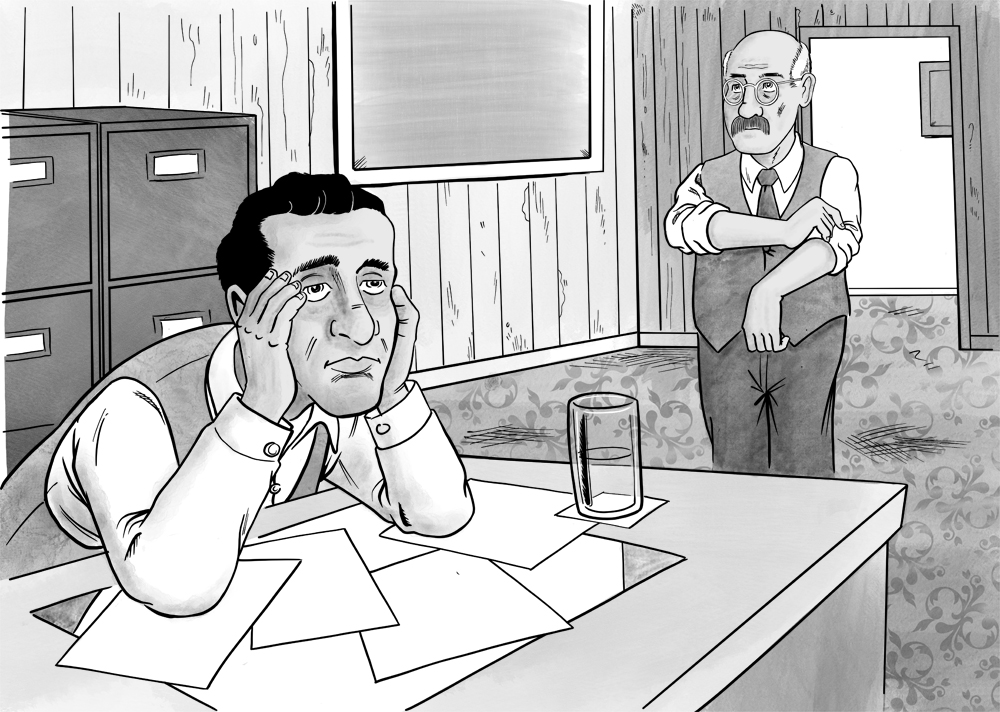 The loss of its fire truck was a come down for the city but it was the changes at city hall which really symbolized its dire straits. The new city hall had been built as the town surrounding the original railway station was just becoming a city. It was a time when things were looking up and, with the opening of the Panama Canal, a time when the city of Port Coquitlam was touted as being the “Pittsburgh of Canada.”

Unfortunately, things hadn’t turned out that way. There was no money for staff at the new city hall. In an effort to save money, the two men in the building, Mayor Arthur Mars and City Clerk Roy Leigh, retreated to the one room with heat and light, as they couldn’t afford to heat or even furnish the rest of the building. They rolled up their sleeves and buckled down to the work of saving their city from financial ruin. 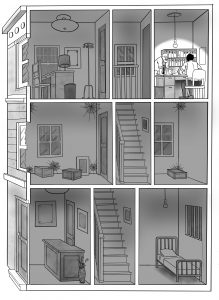 It was there that Roy Leigh systematically went through the tax ledgers to see which properties could be seized for tax arrears and resold to provide revenue for the city. There were many! He renegotiated the city’s debts when there were not many buyers at the tax sales. It was through his cost saving efforts and ingenuity that the city was able to hold off bankruptcy and put itself back on a solid financial footing. It was a remarkable outcome when many other cities in BC also faced bankruptcy although they hadn’t faced the same run of disasters as Port Coquitlam. Surprisingly many of those cities succumbed to bankruptcy, but Port Coquitlam made it through this dark time. 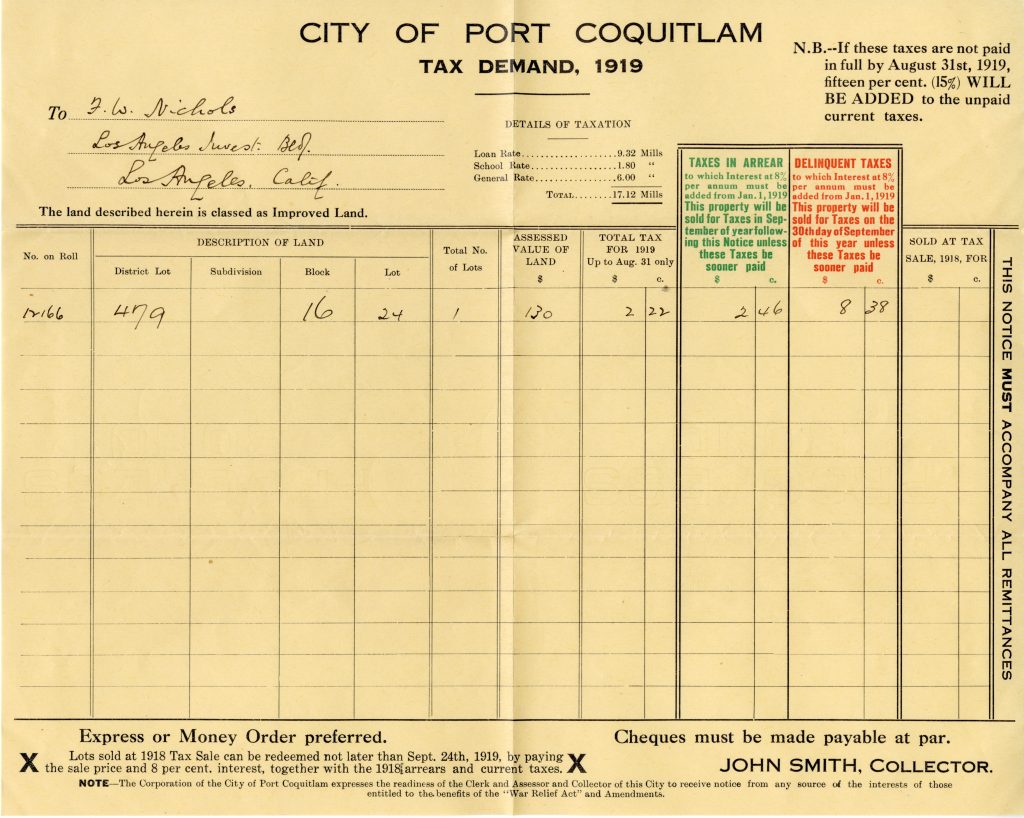 Tax Demand from the City of Port Coquitlam, 1919.