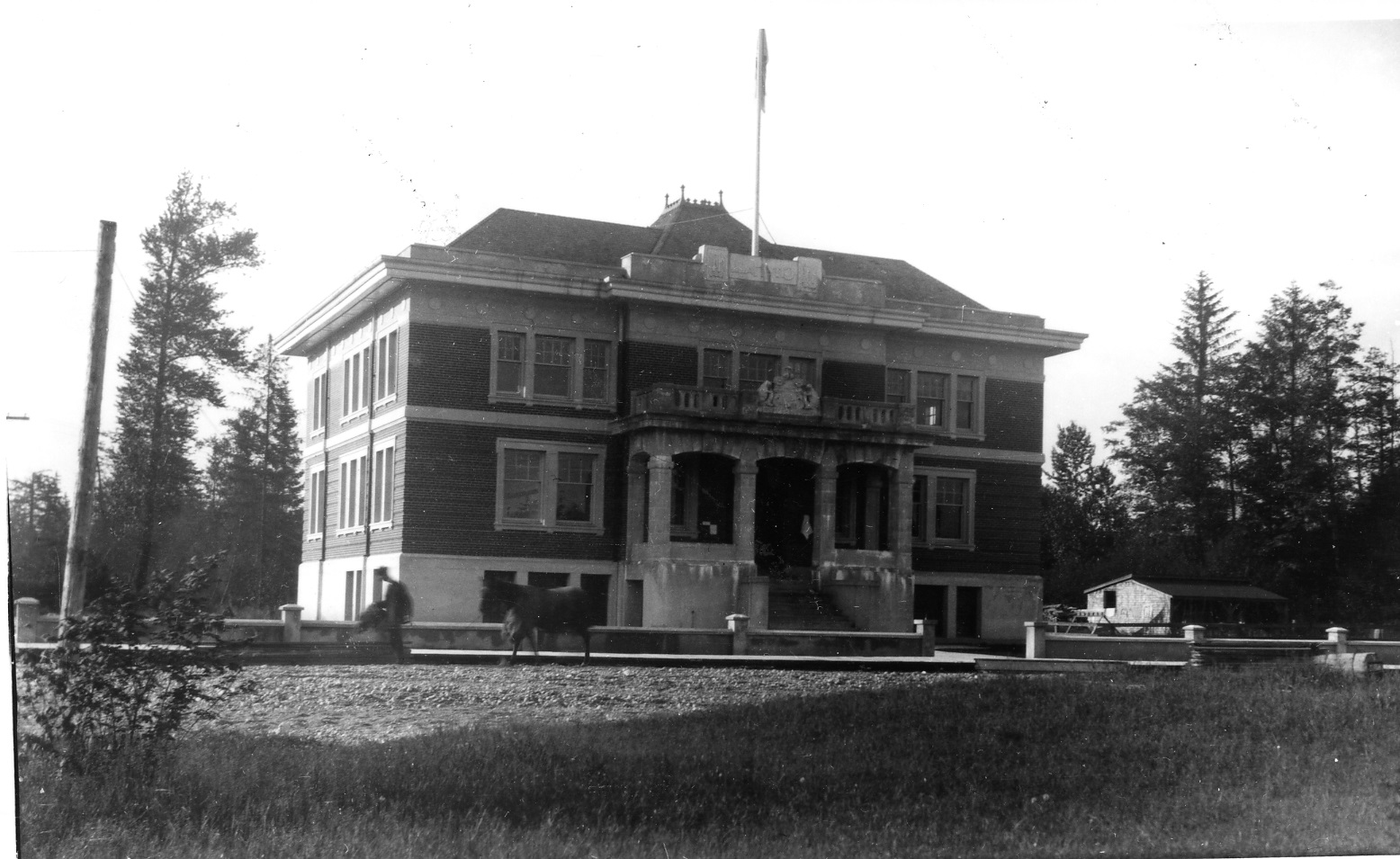 The city of Port Coquitlam had started with high hopes and many people had wanted a piece of the potential prosperity, buying up land around the city. But, when the war came, economies changed, and commodities that had provided a steady income were no longer a sure bet. Landowners were unable to pay their taxes and the city’s income dwindled. Tax sales saw many of the properties in private hands revert to the city. The city became land rich but cash poor which didn’t help it to service the debt it had accumulated building infrastructure such as schools, roads and the new city hall. 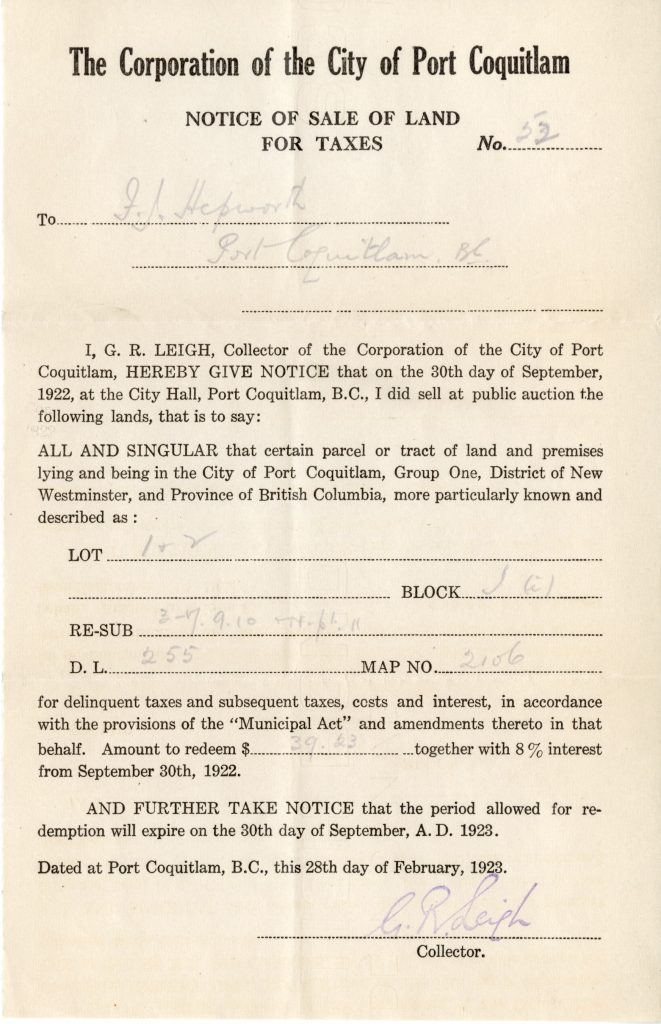 Notice of Sale of Land for Taxes.

On top of this, in his report, the Fire Investigating Officer, J.A. Thomas, placed blame on city council for the devastating effects of the 1920 fire, holding them responsible for not having organized a volunteer fire brigade and ignoring city bylaws regarding stove flues. This left the city vulnerable to legal suits from the business owners who had lost buildings and livelihoods in the conflagration. The city eventually reached a settlement with the business owners who took them to court. $79,000 plus costs may not seem like a lot today but in the 1920’s, it was a further blow to Port Coquitlam’s finances.

In order to raise cash to meet its financial obligations, Port Coquitlam was forced to sell its state-of-the-art fire engine, an $8,000 #10 American LaFrance, which had been the pride of the city. A cantankerous old dump truck now doubled as firefighting equipment. 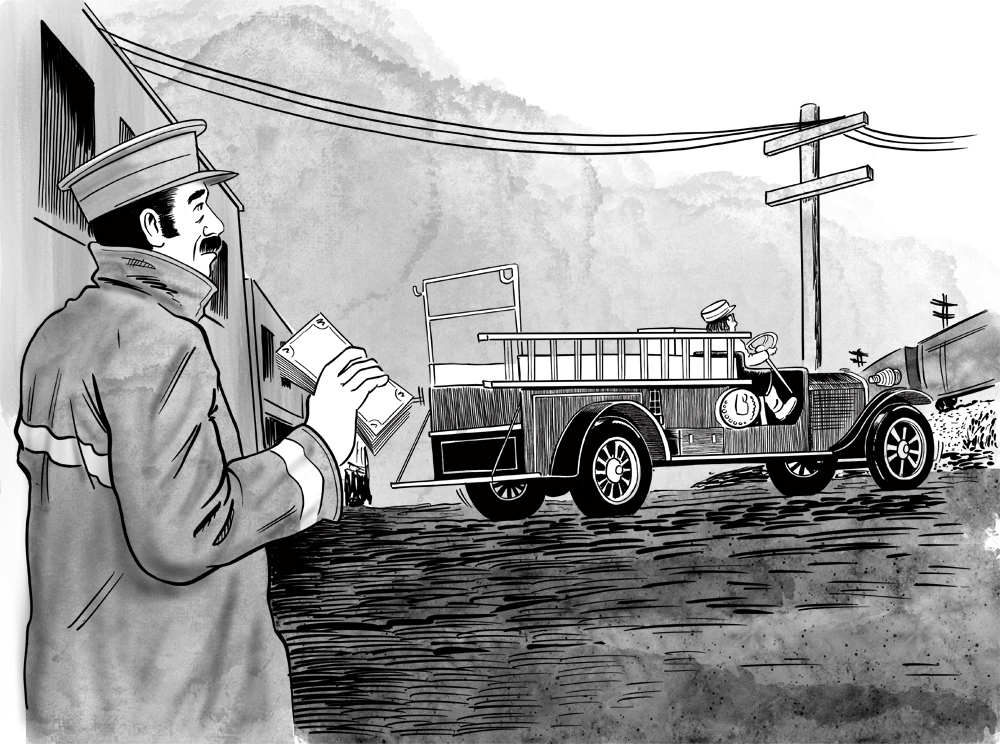 Fleeing the Flood Saving the City