Word had gone out that Port Coquitlam had a large fire on its hands and neighbouring communities sent men and equipment to help in the fight. Fire fighters came from Essondale, but their fire hoses didn’t fit the city hydrants. Fire fighters came from New Westminster. Their hoses fit on the hydrants but the pavement was so hot, the hoses burst into flames. Other sources of water were found and men came from the railyards and the CPR station and other areas of the city to join in the fire fight.

But the flames already had a firm hold on the fire hall. From there sparks flew to nearby businesses. The first building to be razed to the ground was the Coquitlam Hotel; the fire hall didn’t take long to follow. Other businesses including the buildings at the CPR station also came under threat of the flames. Men and resources were spread thin as the fight went on. 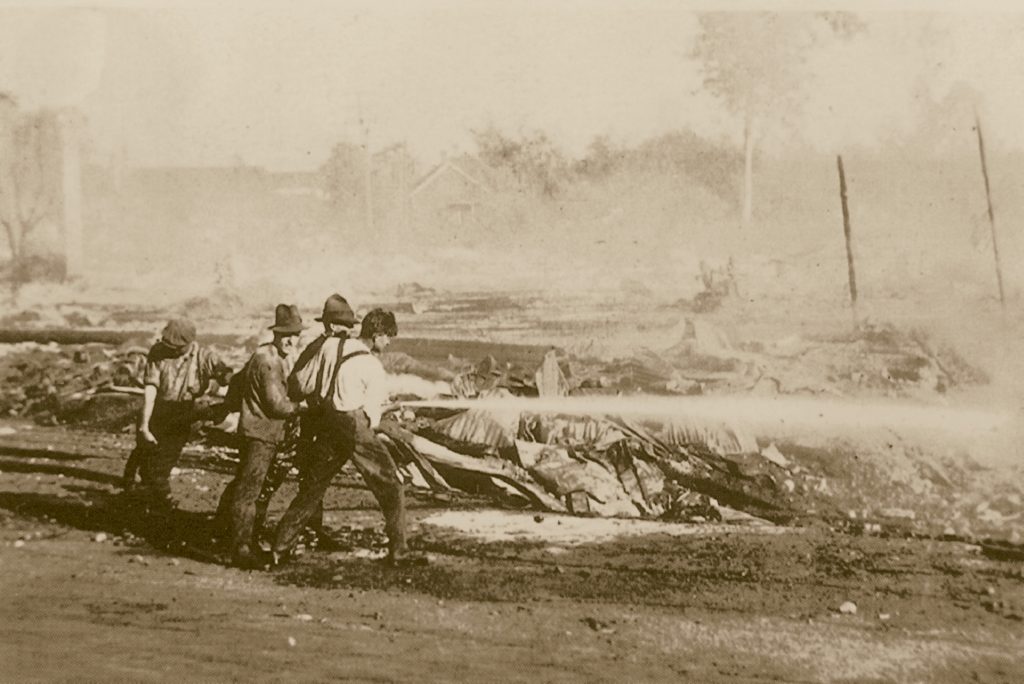 It wasn’t only men who were involved. Flames spread to residential areas too and houses came under threat as the flames spread. Women and children leaped into the struggle to salvage what they could. Threatened houses were emptied and furnishings dragged into the clear so that at least homeowners would have something with which to start over if they lost their homes. It must have been quite something to see the roads lined with parked vehicles stuffed with household goods.

After two hours the fire was under control. Many downtown businesses had been burned and three houses were lost. It was time to take stock and start to rebuild. 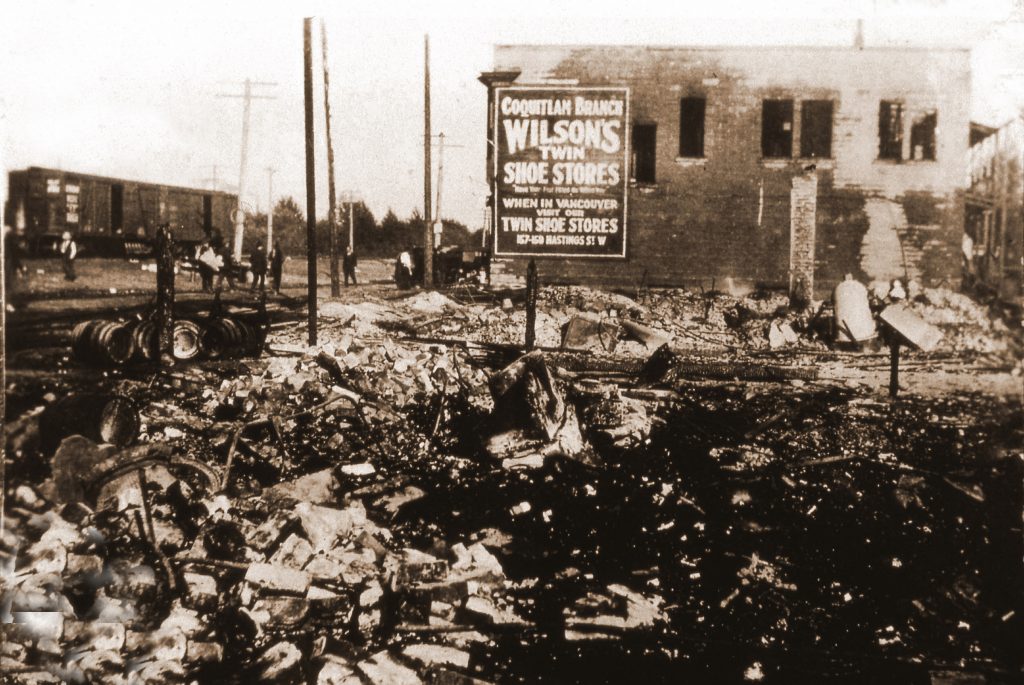 Downtown Port Coquitlam after the fire.