The Jackmans moved to Aldergrove (then called “Alder Grove”) in south-east Langley in early 1886 as their eldest daughter, Emily, married Aldergrove resident Gilbert Lawrence on October 21, 1885. Sarah and Philip Jackman took possession of property next to their daughter and son-in-law in January 1886 through pre-emption. Pre-emption was the process of applying to the government to own an unclaimed parcel of crown land. Once the applicants improved the property over a period of time the land would become theirs for little or no cost. 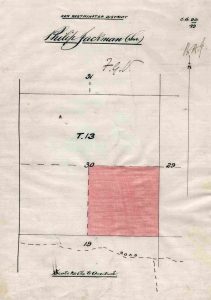 Jackman improved the land by adding “a barn and adjoining cow shed, a 15’ by 12’ log house that had burned down, timber prepared for a new house, 40 chains of fencing, 20 chains of ditching, 5 acres of partial marsh land being cultivated, 10 acres of slashed and partly cleared land, and 80 fruit trees ready for planting.” 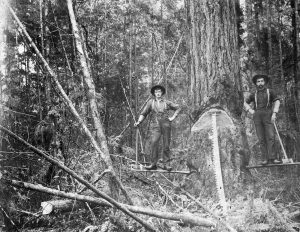 The road adjacent to the land (present day 272nd Street) was called Jackman Road as early as 1893. The area surrounding the intersection of Jackman Road and Yale Road was nicknamed Jackman’s Corners. The road went north to the Fraser River at a point called McLennan’s Landing, which sits opposite of Whonnock.