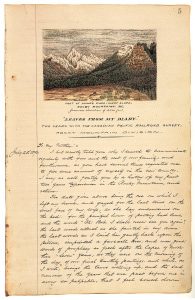 Rylatt had to work amongst the mutineers until officers returned to camp three months later. He noted on June 29, 1872 that the departing party would leave the “worst of the malcontents, Reilly, Roberts, Reynolds, and Jackman.” Food was left for the mutineers to suffice until a mule train would take them to Wild Horse Creek, where they were left. Rylatt later found that Reilly and Roberts had former criminal convictions. 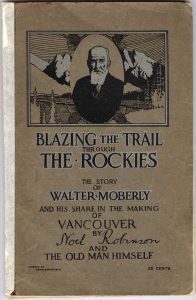 Blazing the trail through the Rockies: the story of Walter Moberly and his share in the making of Vancouver

This was corroborated later by Jackman who said, “a reference of good character was necessary [for CPR employment].He was able to produce his, and so was another man, who told the authorities that he had just come out of jail.” Rylatt also observed: “In the case of Roberts and Reilly, I felt only that it served them right… For the other two [Jackman and Reynolds], I felt sorry; sorry they should have been so foolish. Reynolds was quite useless anyway, but he was getting well on in years, and Jackman had been an old Sapper, and had a wife and family.” 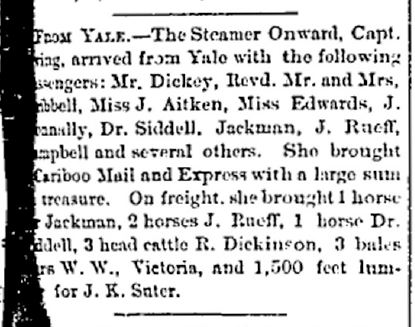 The Mainland Guardian on the steamer Onward

Jackman returned to New Westminster on August 10, 1872 by way of the steamboat Onward from Yale. Sarah gave birth to their fifth child, Ellen Anne while he was with the CPR survey team. Ellen died in June 1872 at the age of five or six months due to inflammation of the lungs, unfortunately, Philip would never have met her.

Mutiny in the CPR “S” Party Following Opportunity to Victoria