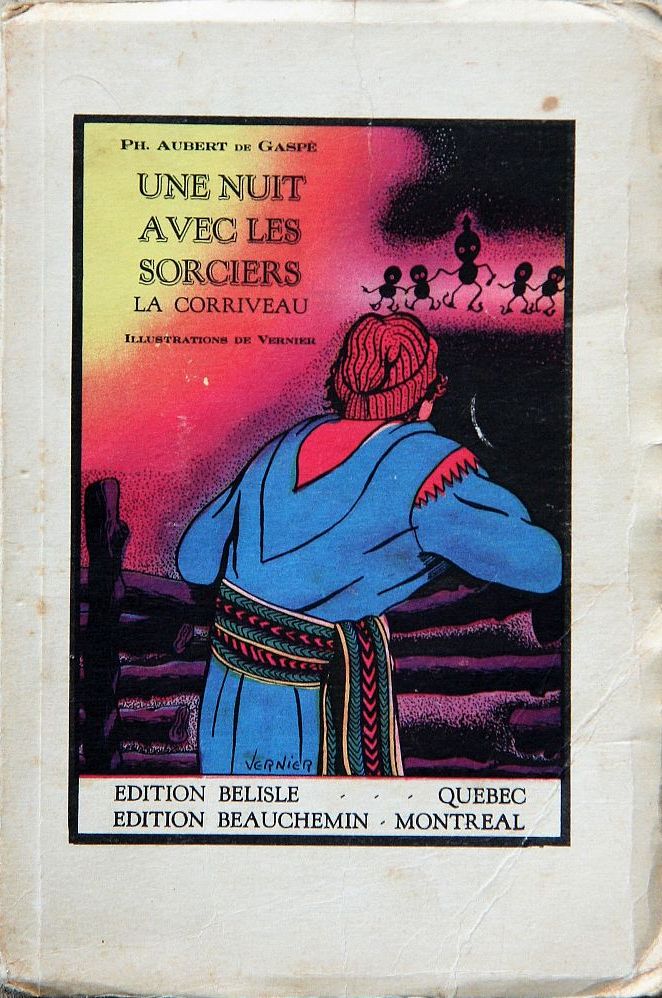 José, one of the characters in the novel Les anciens Canadiens, written by Philippe Aubert de Gaspé and published in 1863, described the sorcerers that his father had reportedly seen while looking at Île d’Orléans from the south side of the river:

All at once, it appeared to him that the Isle of Orleans was all on fire. He jumped over the ditch and climbing on a fence, looked and looked with all his eyes. At last he saw that the flames were running along the shore, as if all the feux-follets in Canada, the cursed goblins, had come there by appointment to hold their Sabbath. By dint of looking steadily, his sight which had been confused, became quite clear, and he saw a strange sight. There were a number of things shaped like men, but of some extraordinary species, for they had heads as big as a half-bushel measure, dressed up in sugar-loaf caps a yard long; then they had arms, legs, feet, and hands armed with claws, but no body worth speaking of; in fact, their stride was up to their ears. They had hardly any flesh, just all bones like skeletons

(Excerpt from the novel’s English version, The Canadians of old, translated by Georgiana M. Pennée and published in 1864).