With thousands of practice take-off and landings happening during training at the airbase, a few crash landings were inevitable at Claresholm’s WWII RCAF Service Flying Training School.

While many crashes at and around the airbase were minor “hard landings,” there were several more serious crashes. There were 28 training fatalities at the airbase – less than 2% of the 1,800 pilots trained there.

One of these crashes had a direct impact on the base itself. On the morning of May 4th 1942, a Cessna Crane’s engine failed as it approached the airport for landing. 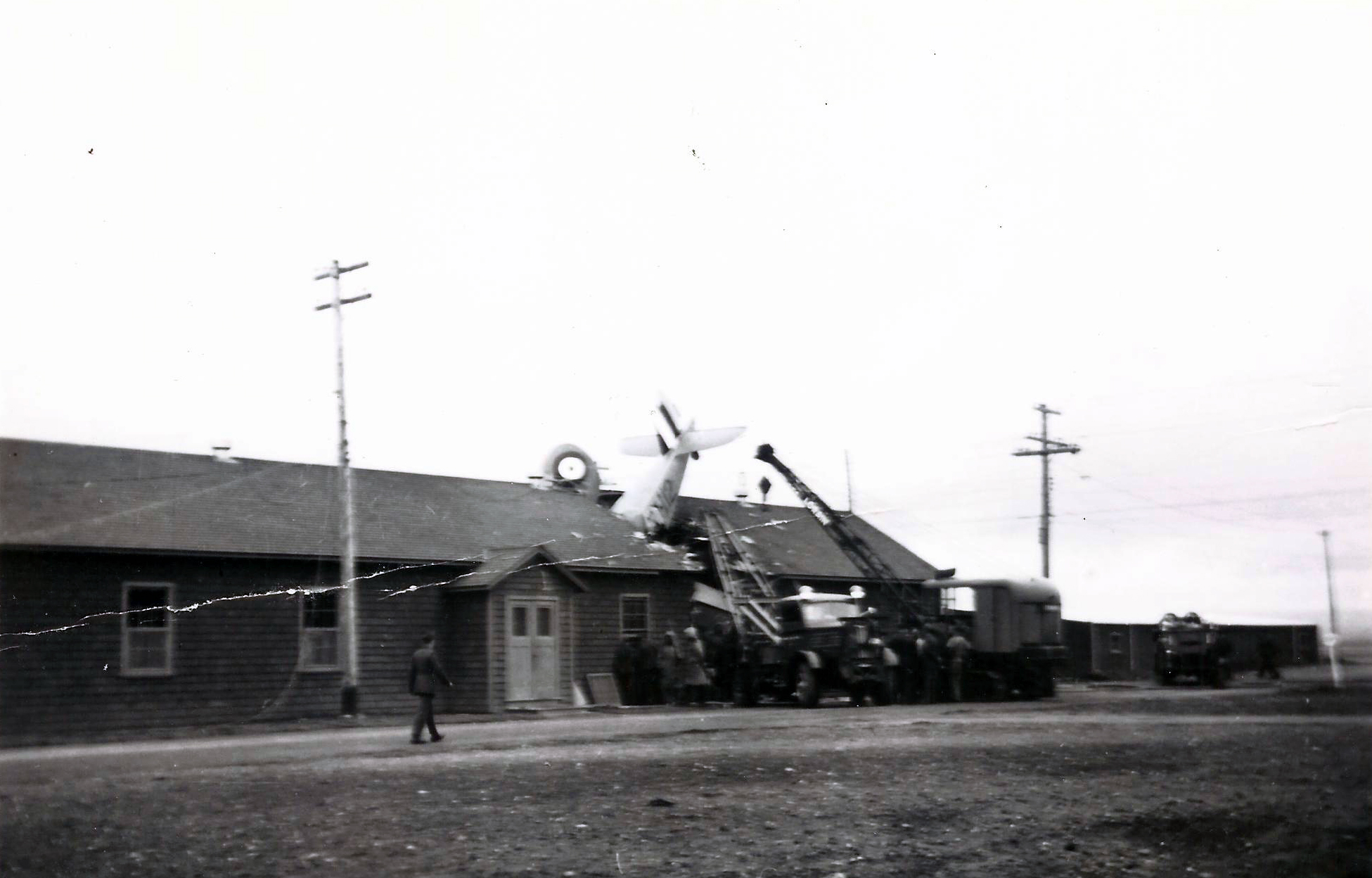 Cranes and winches were used to extract the plane from the building.

Upon trying to ascend and circle around for a second, single-engine approach to the runway, the Cessna Crane F.J. 112 lost altitude and dove head-first into Barracks Block 11! 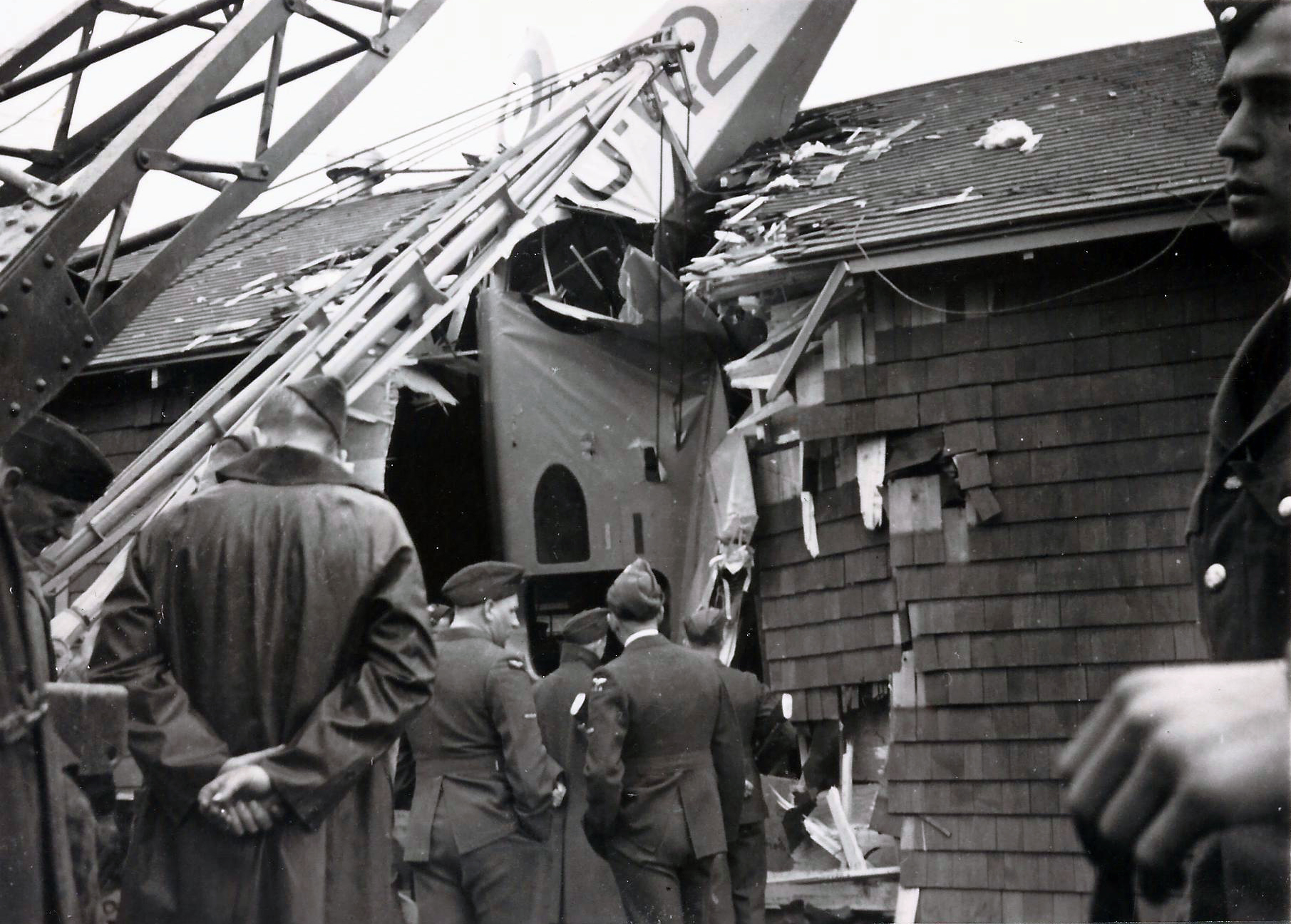 The Cessna Crane broke through the roof of the building while servicemen slept in the room.

The airplane crashed through the roof of the building, landing on top of the bunk beds in the sleeping quarters occupied by the Service Police.

The Crane pinned the man sleeping in the lower bunk underneath the crashed plane. Miraculously he was not killed in the incident. But, he was very surprised to wake up in the hospital after going to sleep in his bunk.

Fortunately, the man on the top bunk had woken up and gone to the washroom only seconds before the Cessna Crane came crashing through the roof. 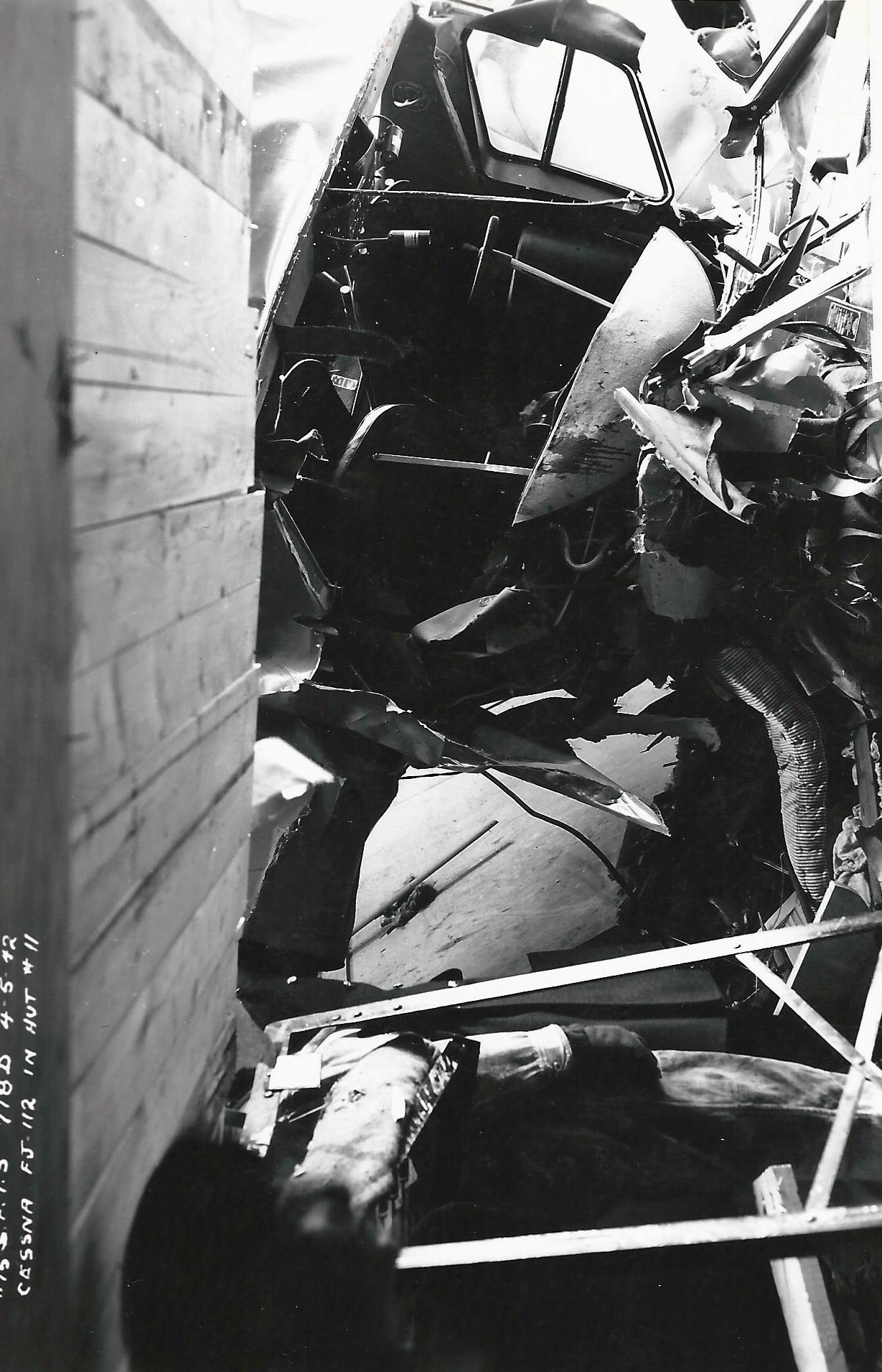 The Cessna Crane landed nose-first into bunk beds in the living quarters. Note the man’s forearm and hand at the bottom of this photo!

Additionally, the other men sleeping in the barracks at the time were startled to find themselves in bed with an airplane.

Luckily, the two pilots were extracted from the crash with barely a scratch. Remarkably, everyone survived this incident. However, seven men suffered minor injuries. 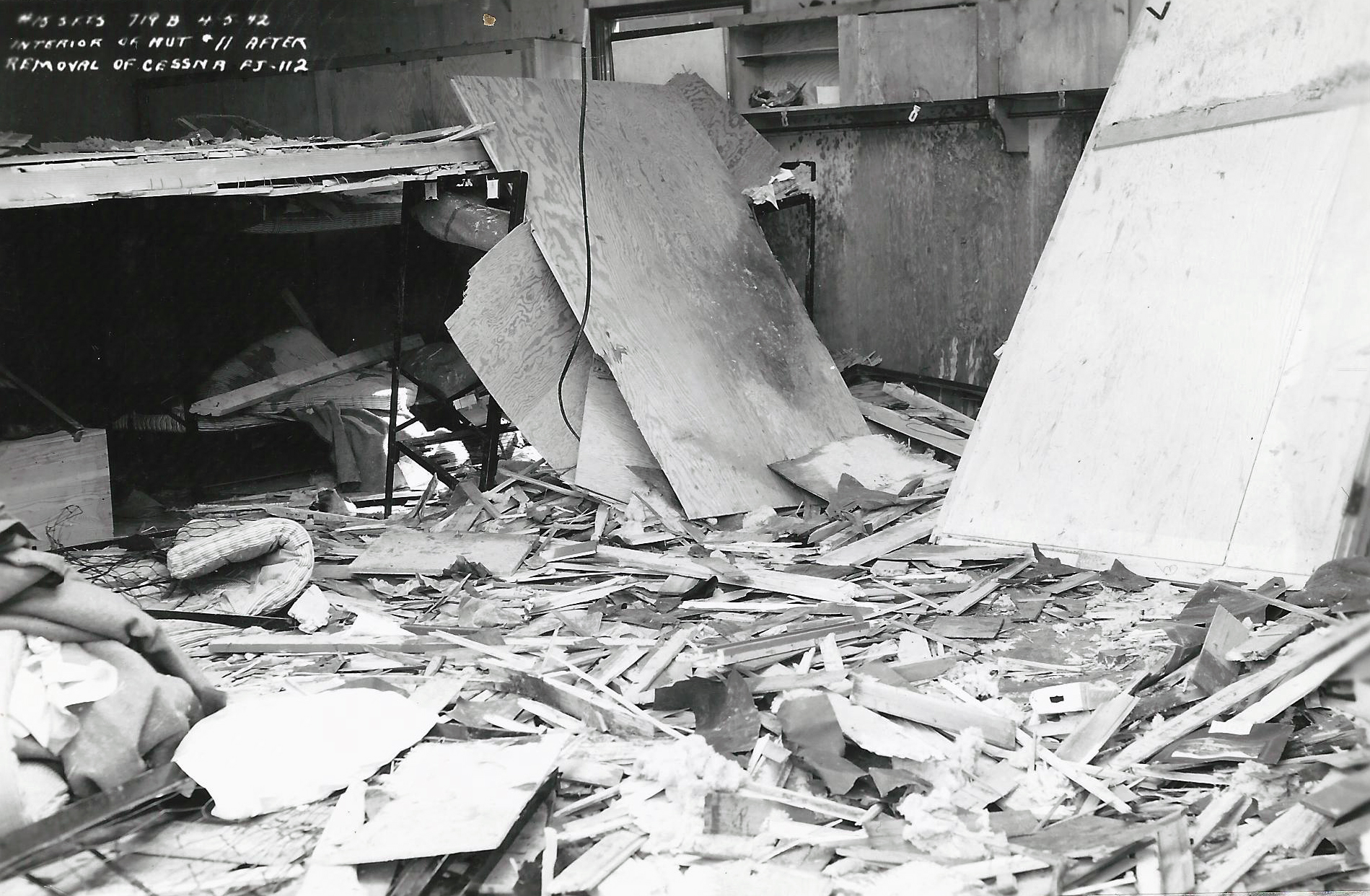 The barracks room after extraction of the Cessna Crane.

The crash completely demolished the Cessna Crane. Additionally, the barracks building had a 12-foot hole in the roof that needed repair.

Thankfully, no one was killed in this crash. However, the gentleman sleeping in Hut #11 was undoubtedly surprised to wake up in the hospital!

Below are images of just some of those crash sites: 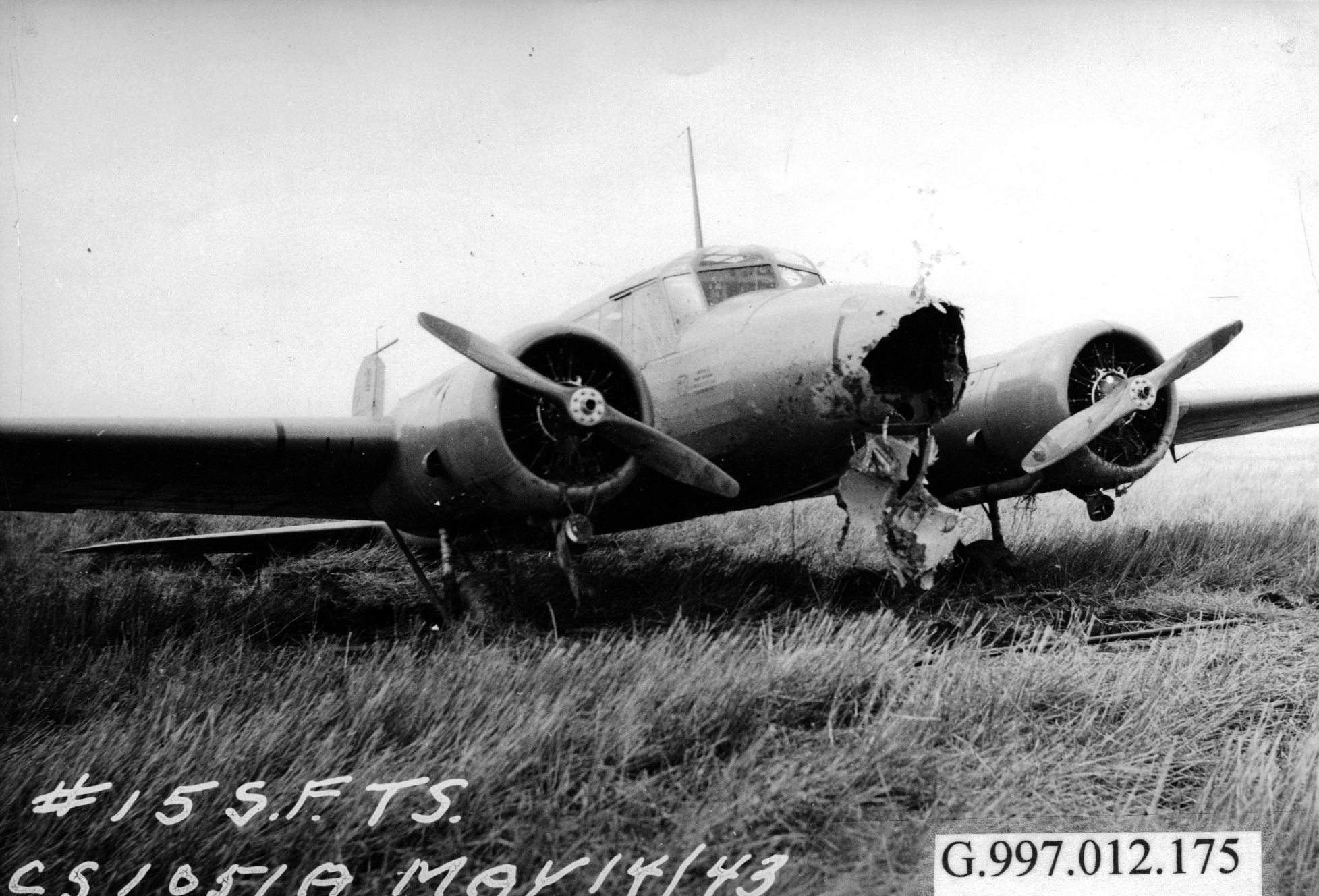 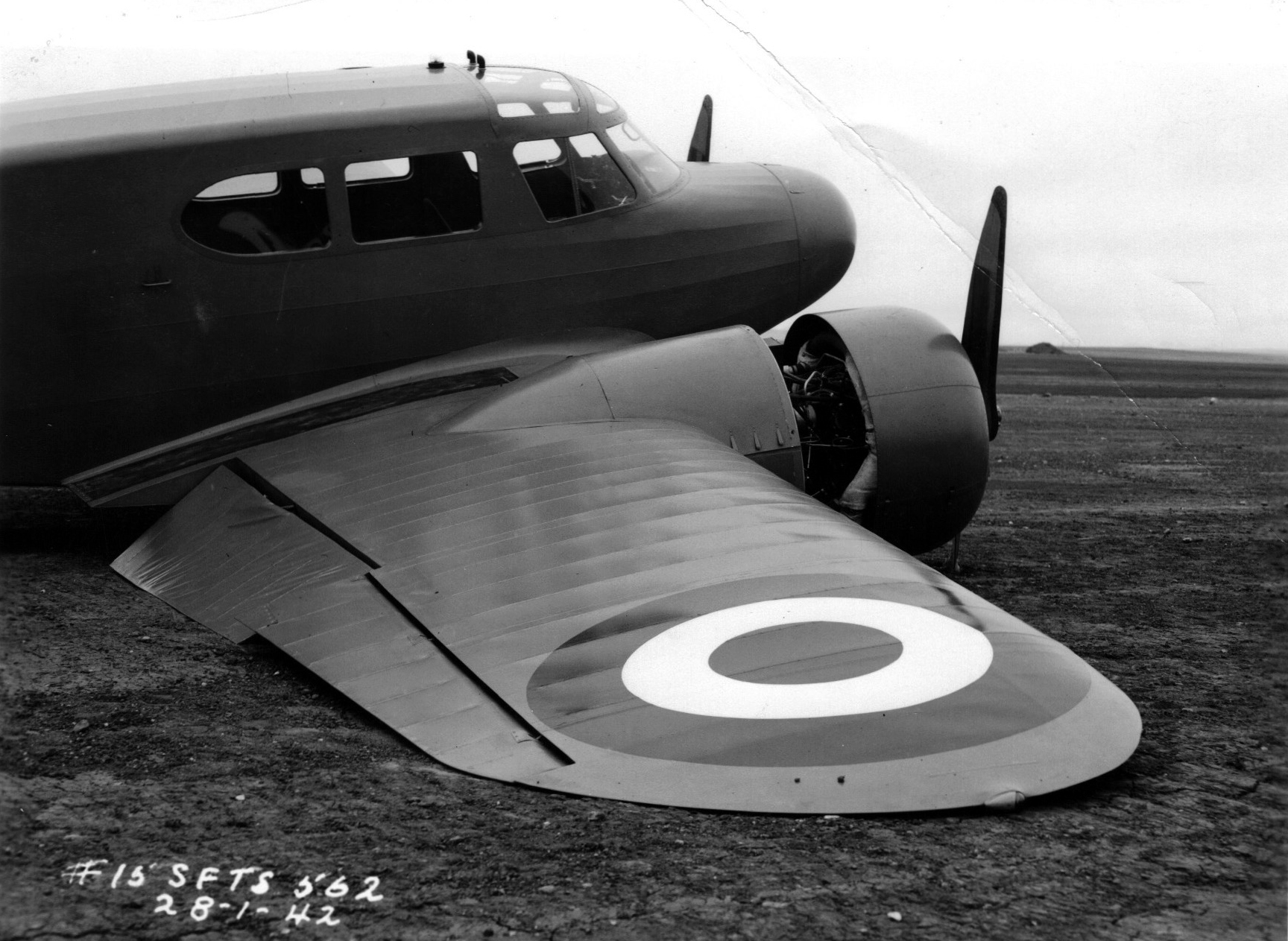 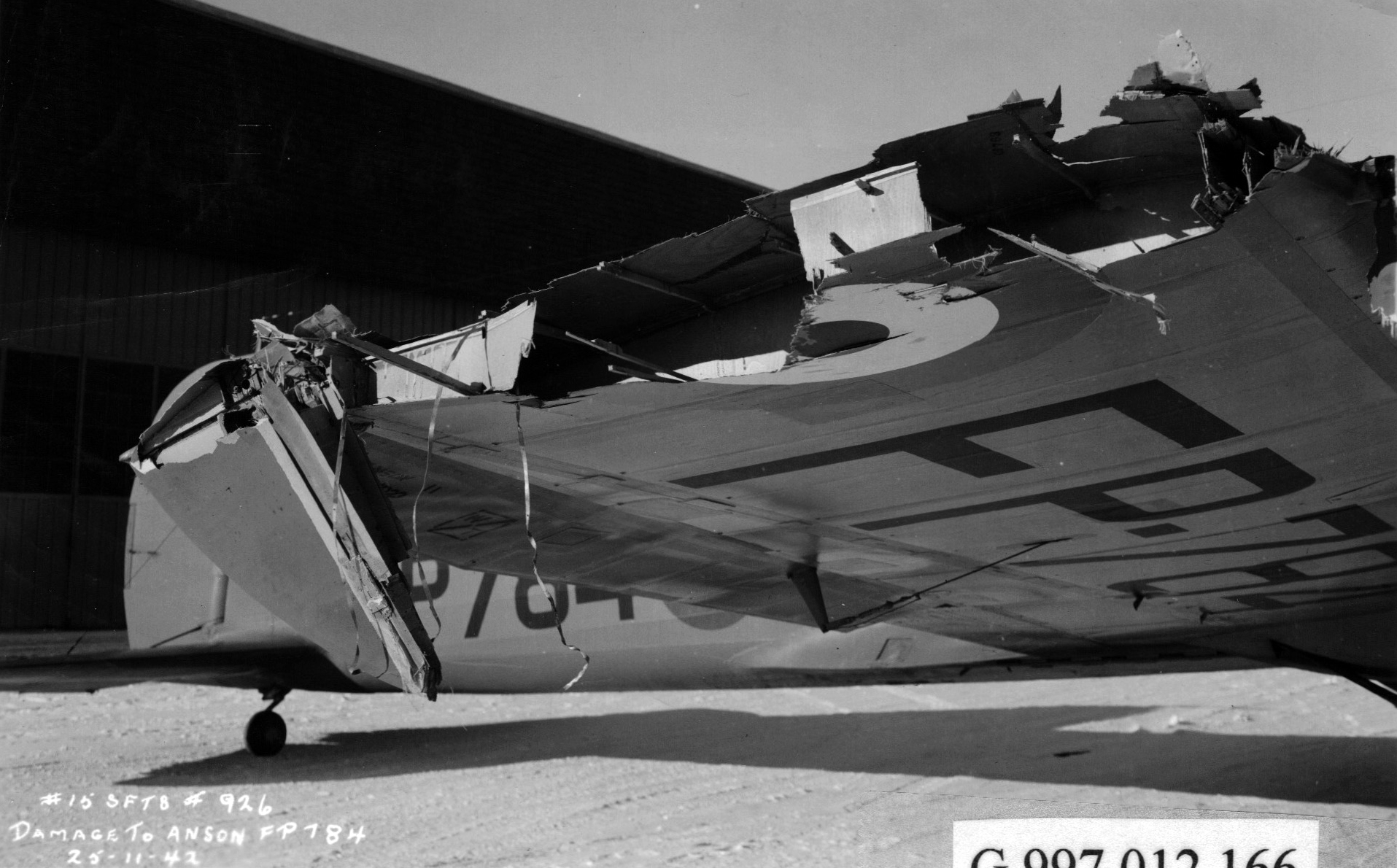 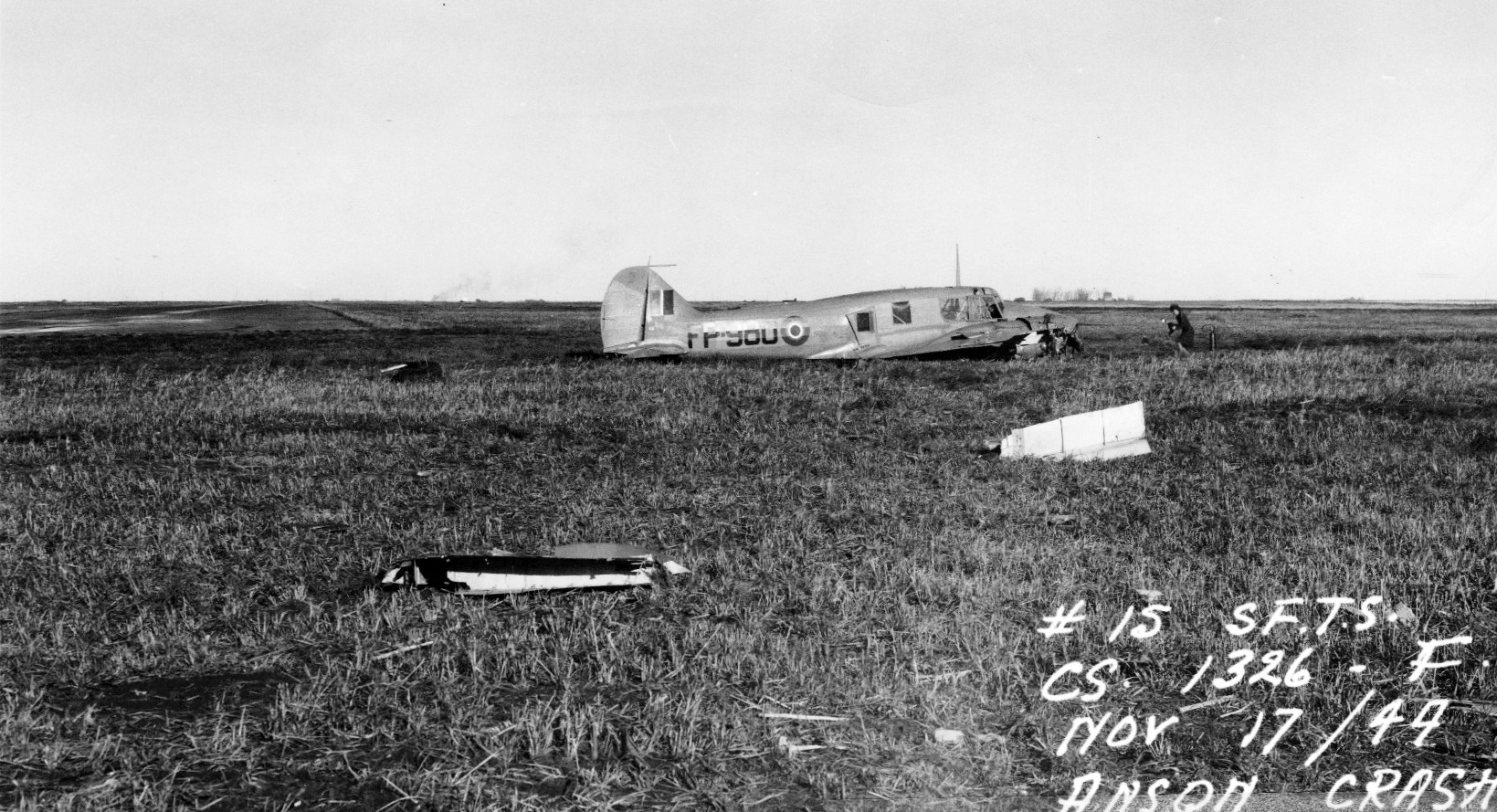 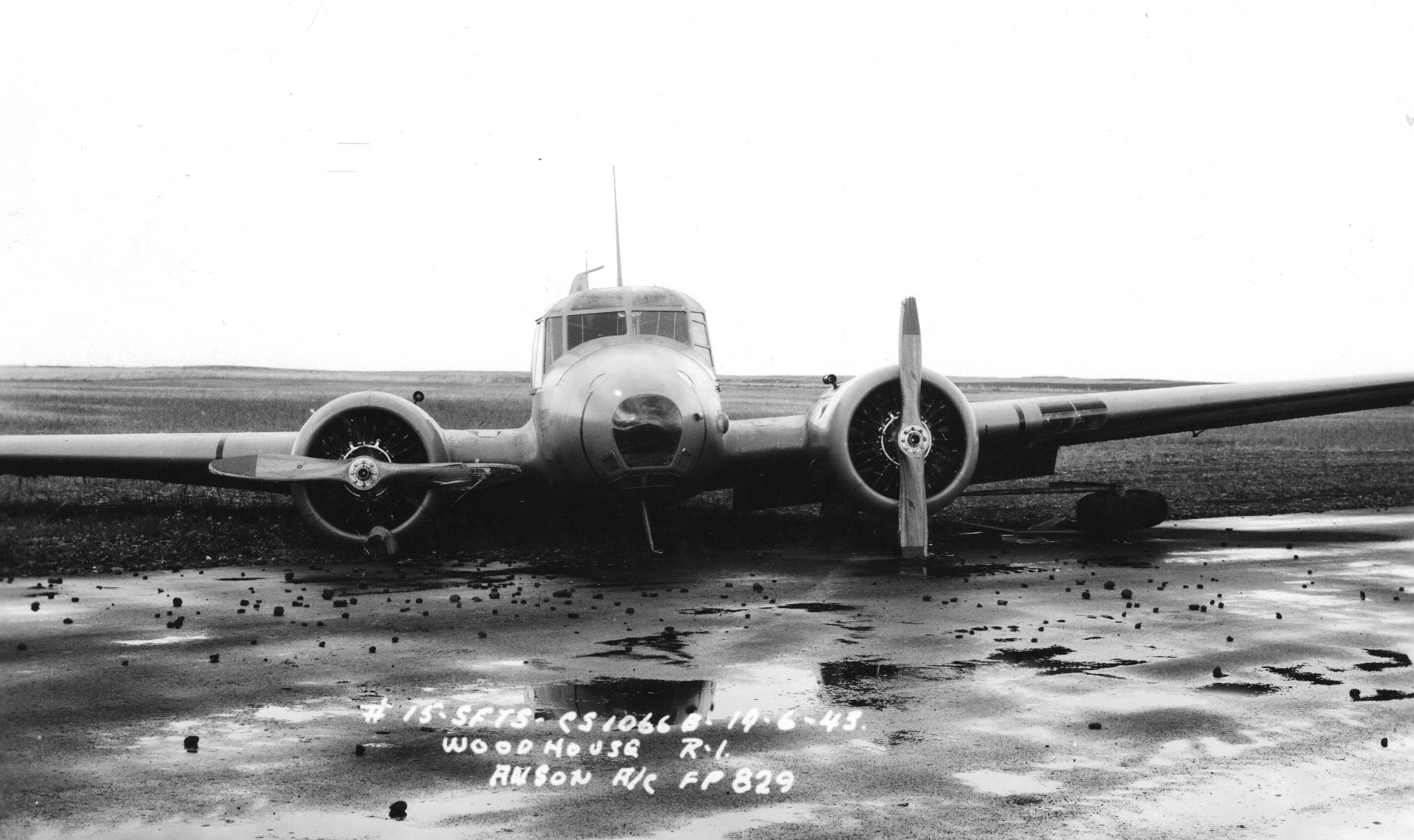 Below, one Avro Anson landed on top of the other – in the air – then crashed to the ground together upside-down. 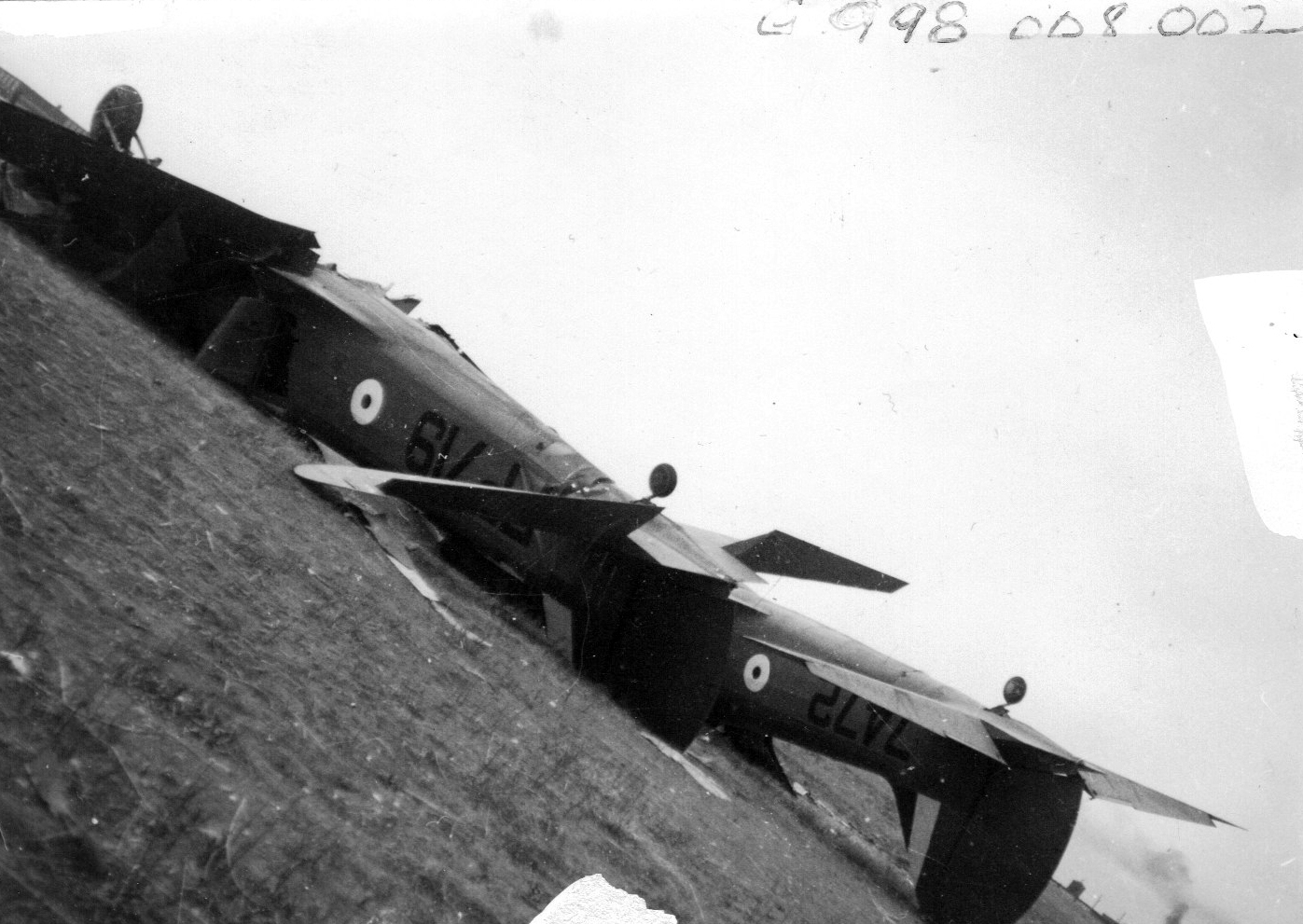 Double Avro Anson crash near No. 7 SFTS (Fort Macleod) (a) 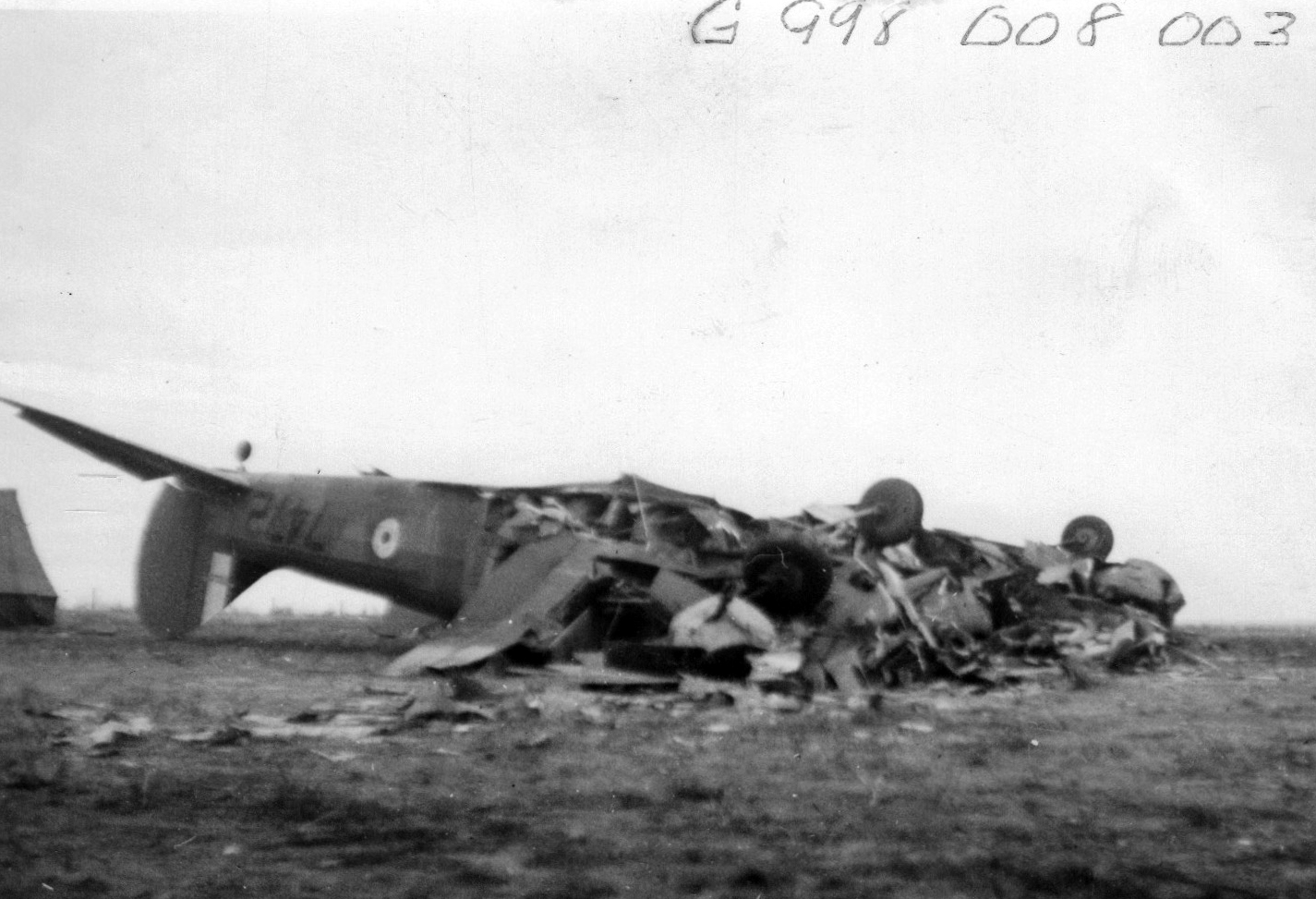 Double Avro Anson crash near No. 7 SFTS (Fort Macleod) (b)