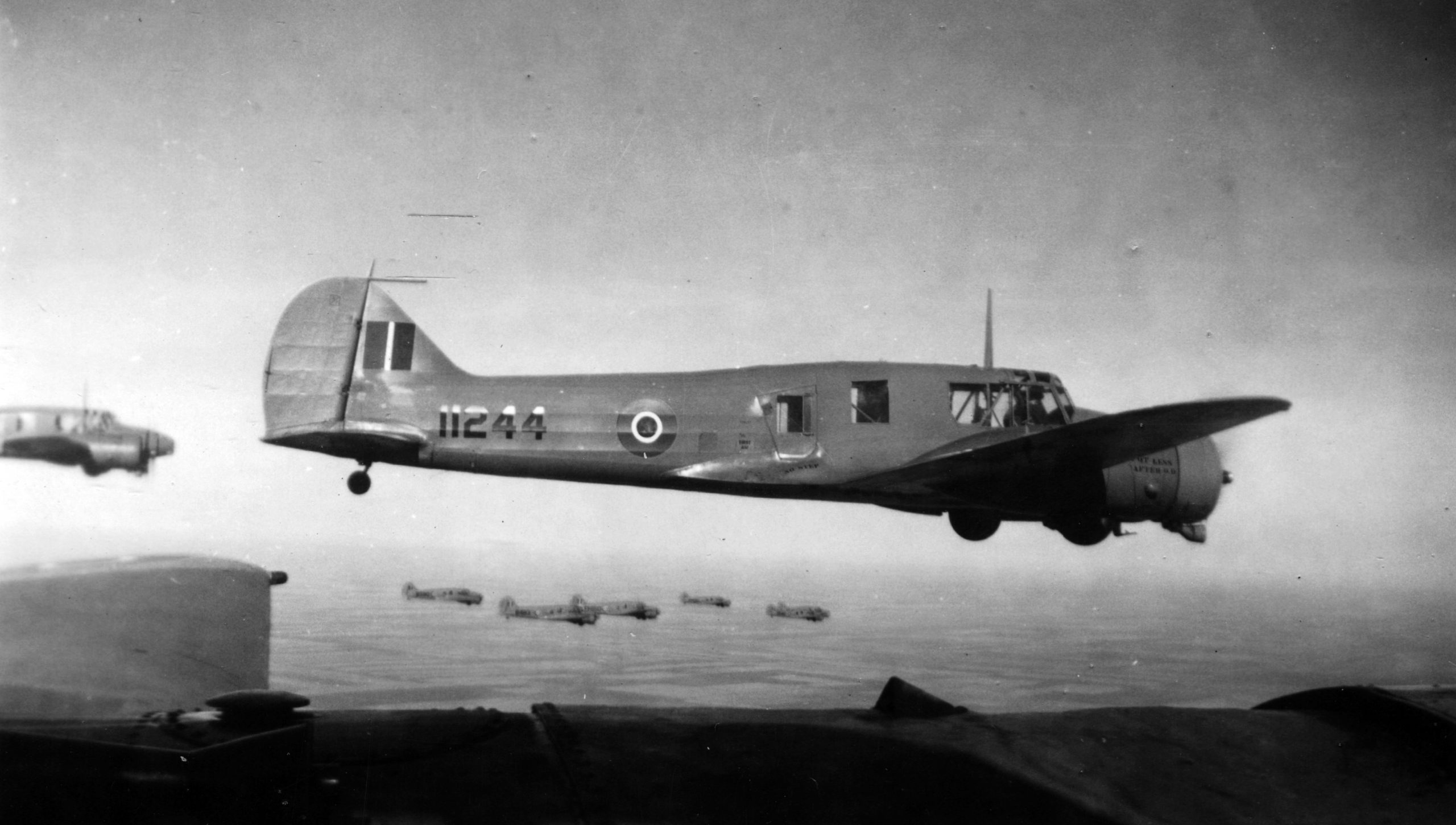 Avros Ansons and Cessna Cranes were regularly visible in the skies over Claresholm.

The Cessna Crane and the Avro Anson were the two most commonly used airplanes in the multi-engine aircraft program in Canada’s Service Flying Training Schools during the British Commonwealth Air Training Plan.

Initially the British Commonwealth Air Training Plan had called for the Anson to be the main aircraft used in the training program. However, Canadian production of the Anson could not keep up with the demand.

The RCAF needed an alternative training plane. The Cessna T-50 was a low-cost, lightweight, dual-engine aircraft intended for the commercial market. It was an excellent match. 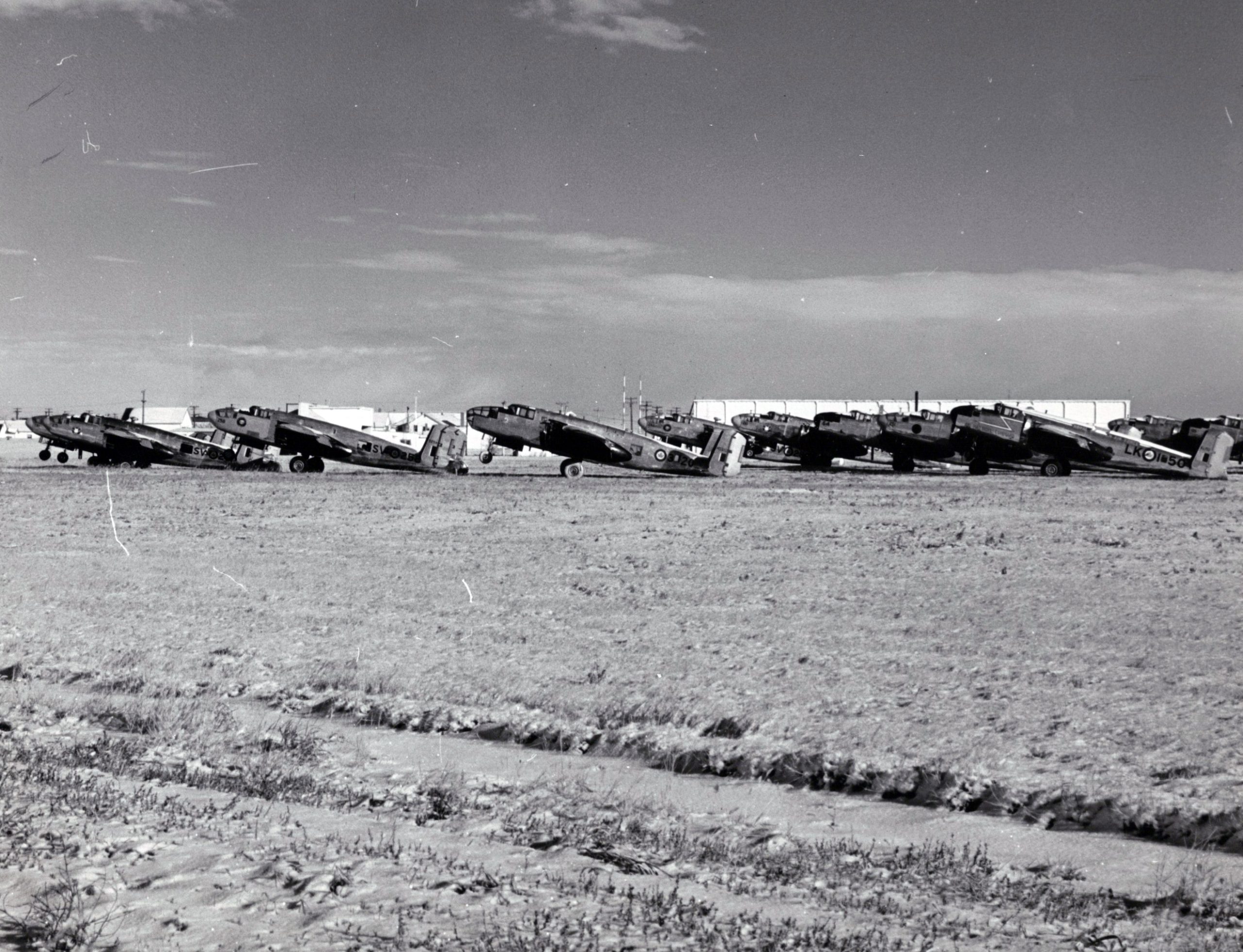 Thousands of Avro Ansons and Cessna Cranes were used as training aircraft in the BCATP in WWII.

The RCAF contracted the Cessna Aircraft Company of Wichita, Kansas to produce its T-50 airplane for the training program. The RCAF called the T-50 the Cessna Crane.

Canada imported a total of 866 Cessna Cranes for the training program. Almost all of these went to The Plan’s Service Flying Training School (SFTS) bases.

The bases at Claresholm, Calgary and Vulcan had about 100 planes each. By early 1942, there were  70 Ansons and 47 Cranes in operation at the Claresholm base. 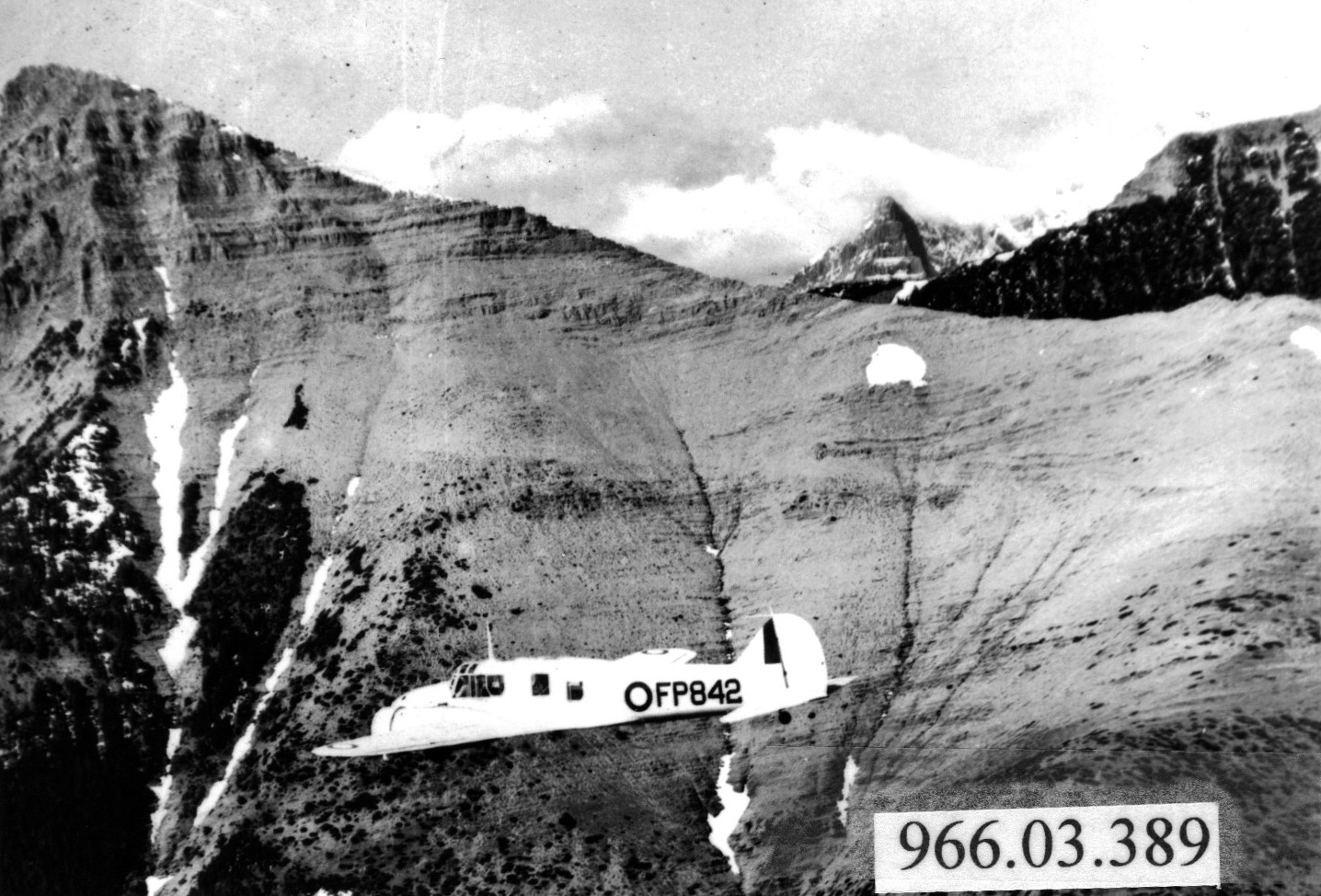 Anson on training flight in the Canadian Rocky Mountains west of Claresholm, Alberta.

The Avro Anson was a Royal Air Force combat aircraft. The Royal Air Force (RAF) used it as a light bomber and in the coastal patrol service from 1936 into the early years of WWII.

There were over 8,000 Avro Ansons built in England, with an additional 2,882 Mark II Ansons built in Canada. Most of the Canadian-made MIIs went to BCATP bases across the country. 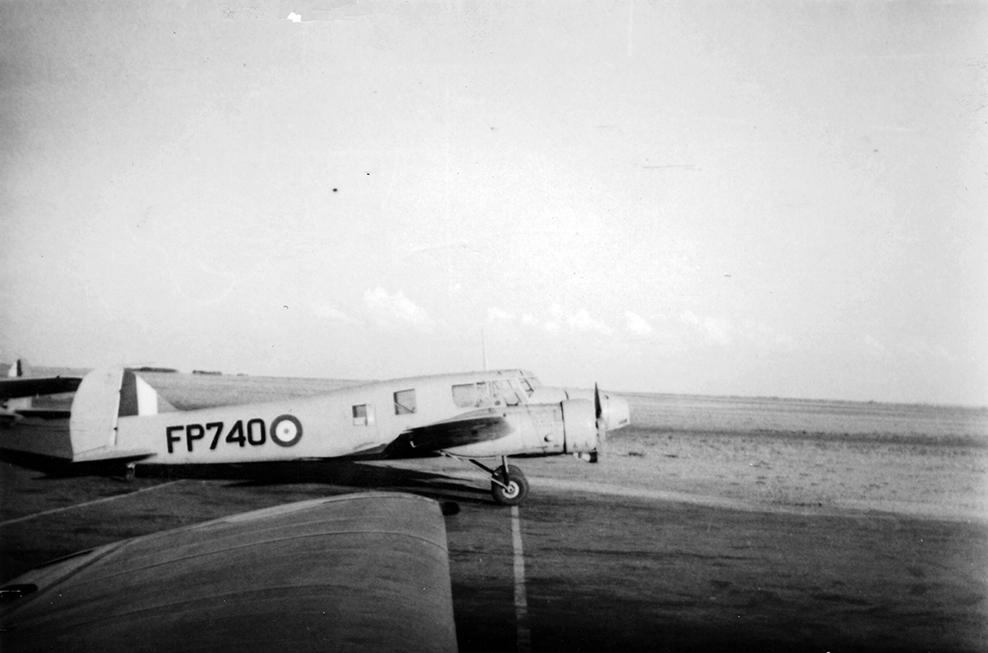 Avro Anson on tarmac at Claresholm.

The Canadian-built Avro Anson (Mark II) was built with plywood rather than steel. Wood was used in order to save metal for war use. Two 330-horsepower North American-built Jacobs L-6Mb R-915 engines powered the Avro Anson MII. The Mark II had a maximum speed of 188 mph, cruising speed 155 mph, and a range of 790 miles.

The RCAF declared the Avro Anson obsolete at the end of the war. The RCAF destroyed most of the planes. Local farmers bought some of the decommissioned planes for parts, salvaging the electrical and mechanical systems for farm machinery repairs. 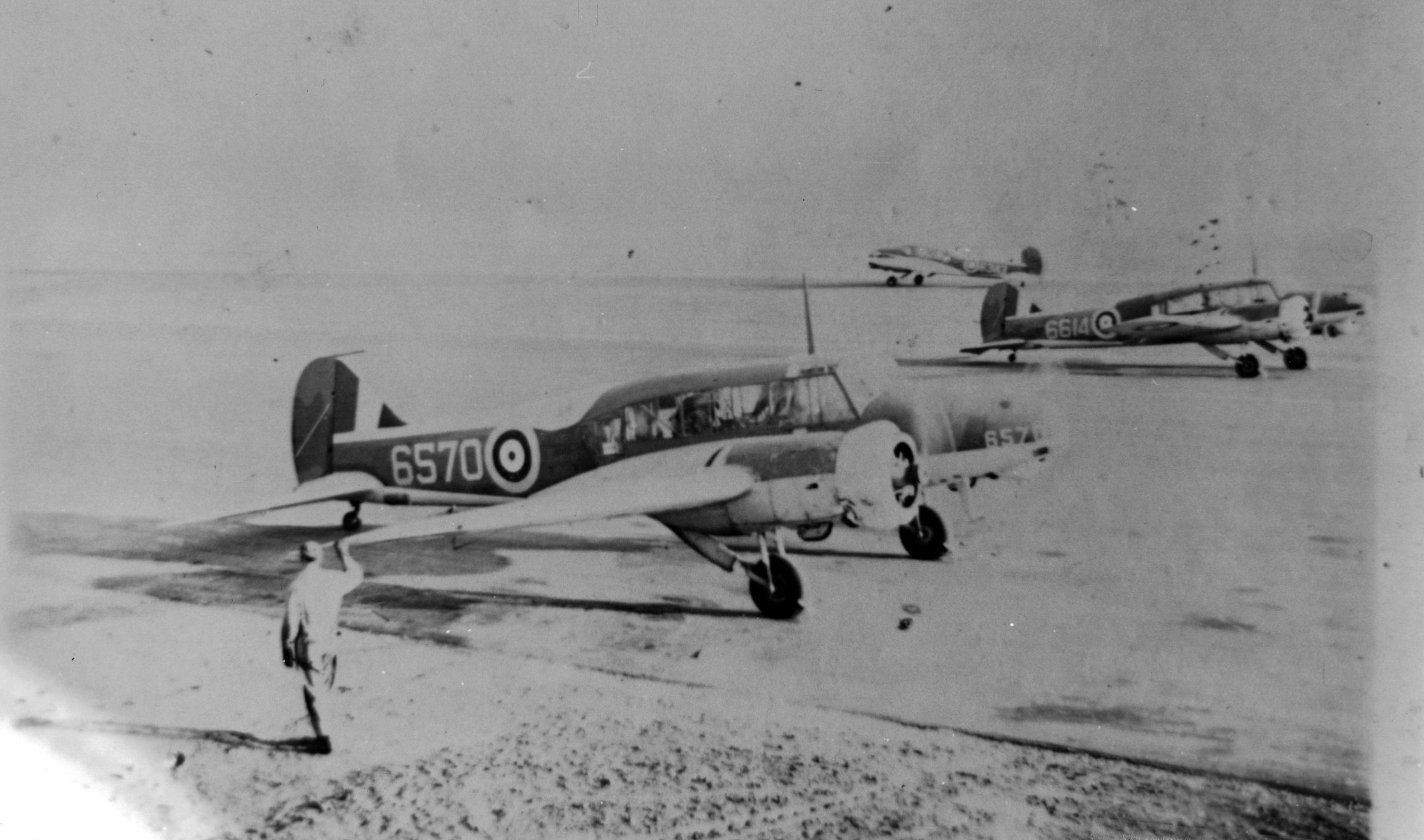 Cessna Cranes on tarmac at No. 15 Service Flying Training School

The Cessna Crane had wooden wings and tail, and the fuselage made of welded steel tubing. Additionally, the Cessna Crane featured an electric retractable tail-wheel and trailing-edge flaps. This made it unique for its time. Two 245-horsepower Jacobs R-755-9 radial engines powered the Cessna Crane. 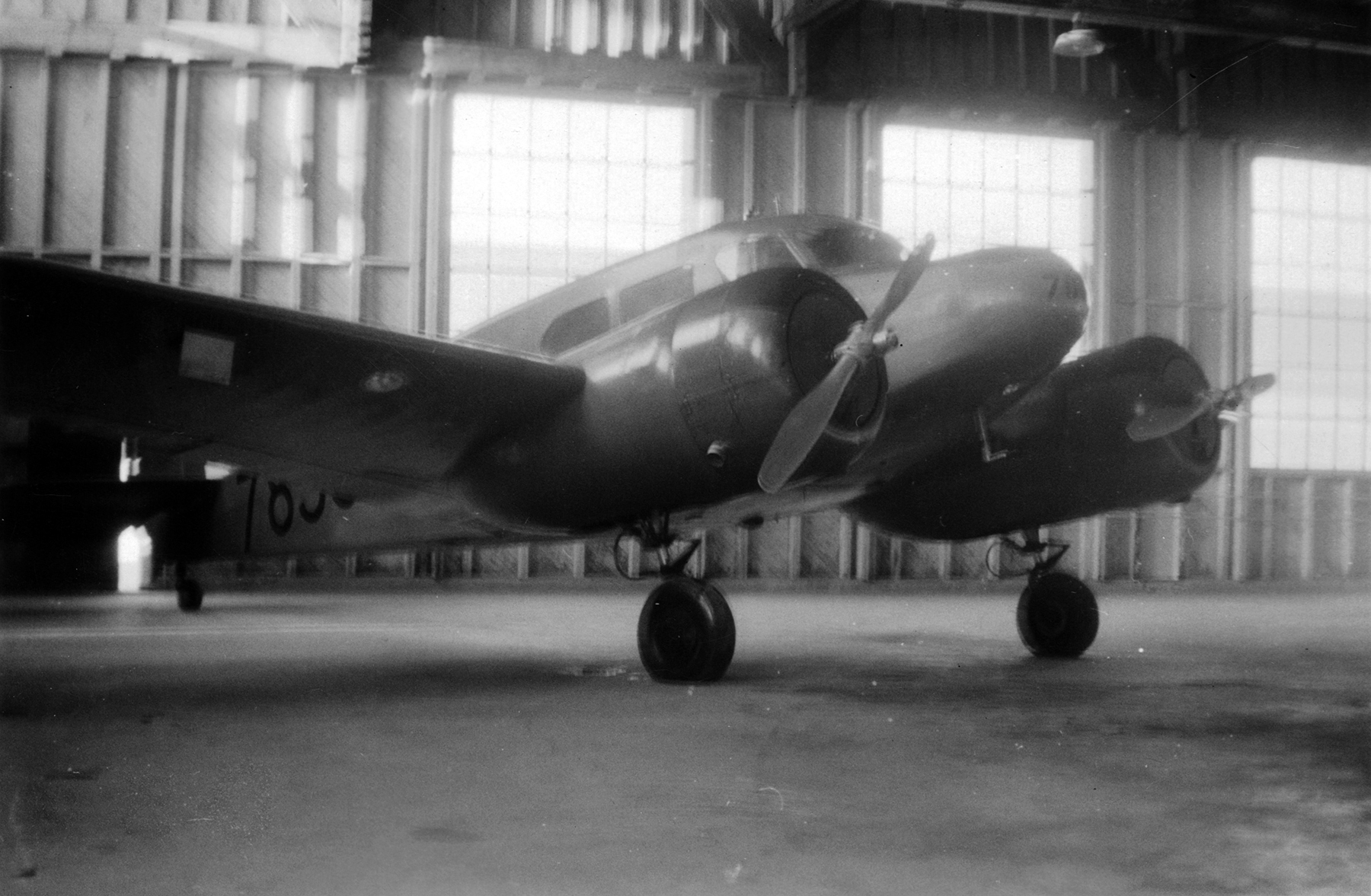 Cessna Crane in hangar at No. 15 SFTS

The Cessna Crane was an excellent pilot-training aircraft. However, the Cessna Crane did earn its share of nicknames along the way, like: the Bamboo Bomber, the Useless 78, the Wichita Wobbler and Rhapsody in Glue. 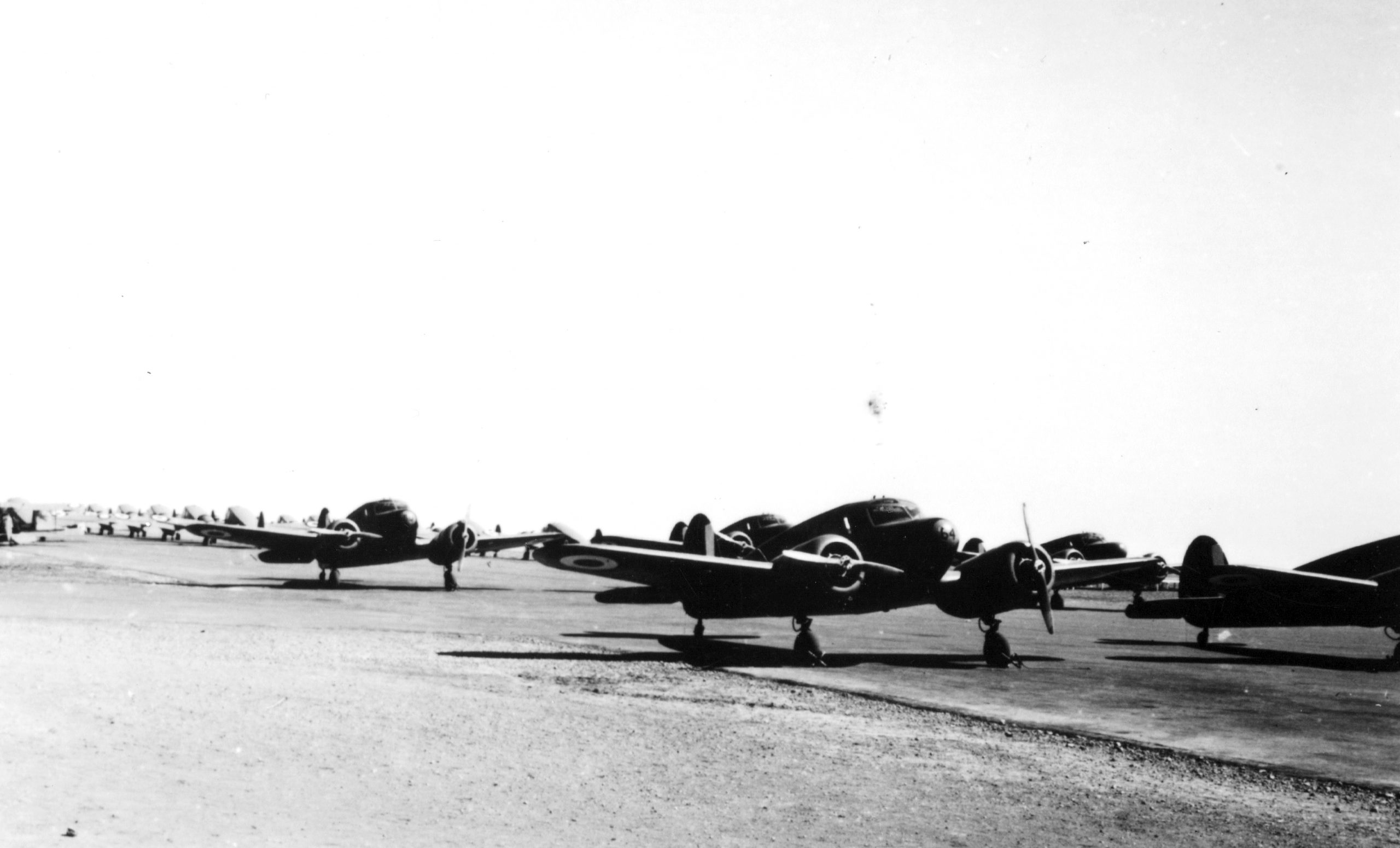 Like the Avro Anson, the Cessna Crane became obsolete in 1945. A few Cessna Cranes continued in military communications duties and private service.