Watch the video below to hear RCAF Pilot Jim Milne talk about his time at No. 15 Service Training Flight School as part of the British Commonwealth Air Training Plan during WWII.

RCAF WWII Pilot Jim Milne (captions available in both
French and English). Enjoy this video with an English transcript.

The sketches compiled in the video are from Jim Milne’s SFTS RCAF flight training logbook. 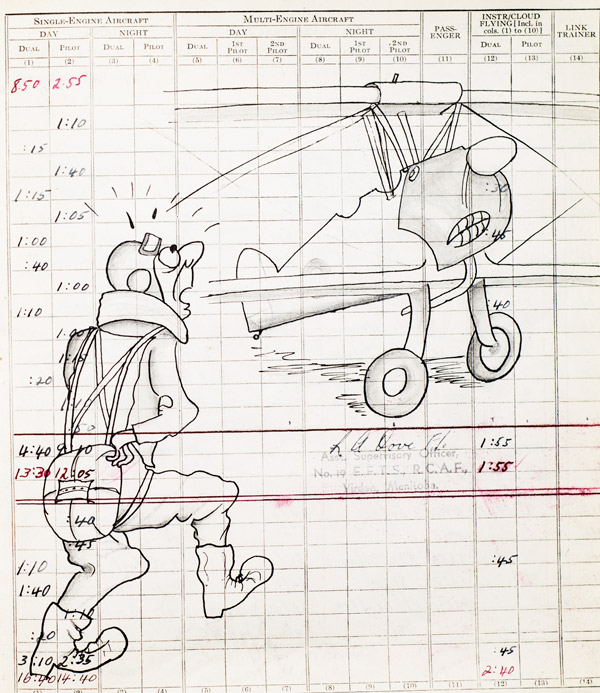 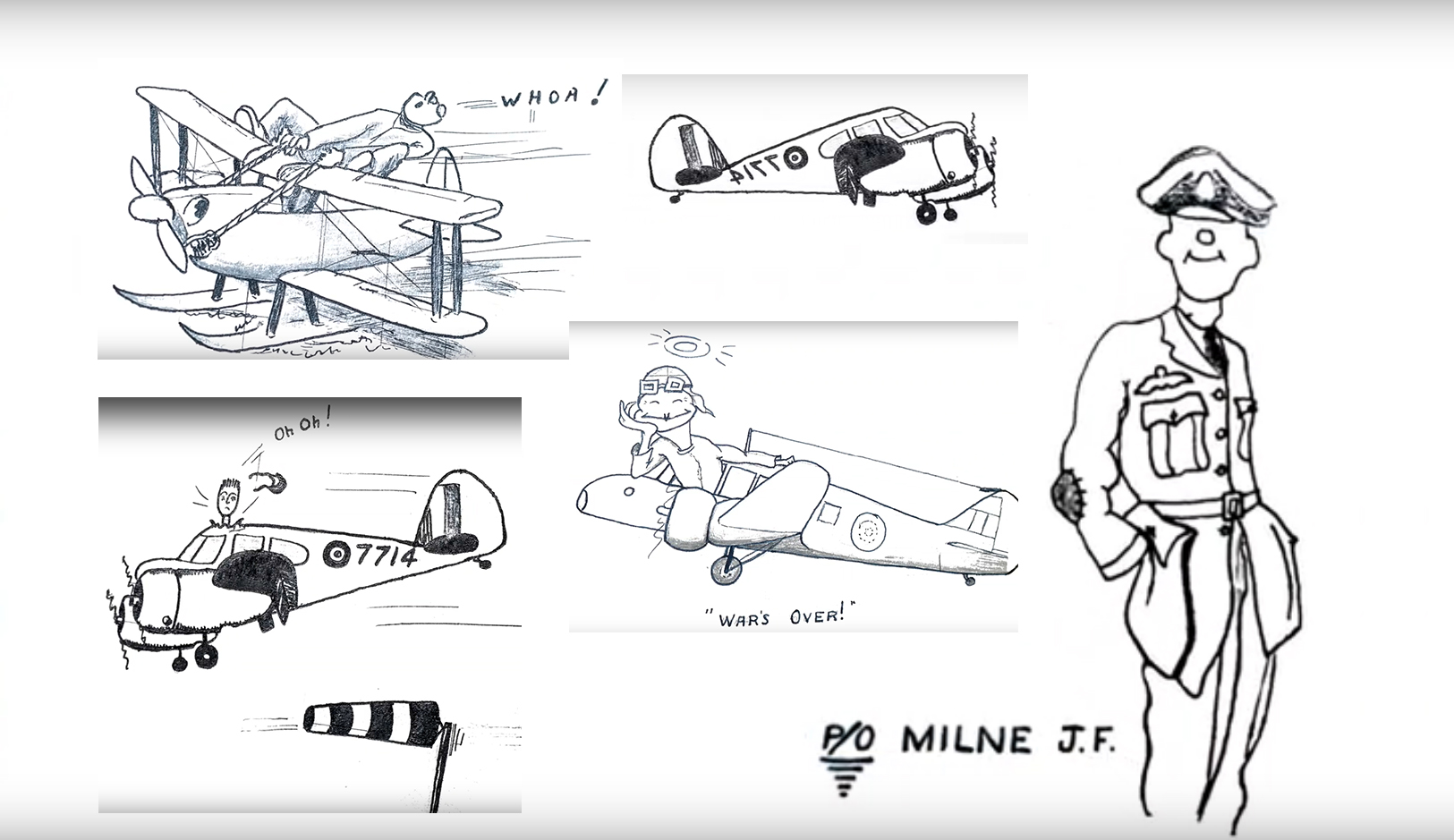 A compilation of some of Jim Milne’s drawings from the 1940s.

Milne went on to serve as a Navigation Pilot Instructor in the RCAF once his training was completed.

Jim Milne passed away shortly after this video was captured in December of 2017. The Claresholm and District Museum is thankful to have met and interviewed him prior to his final departure. 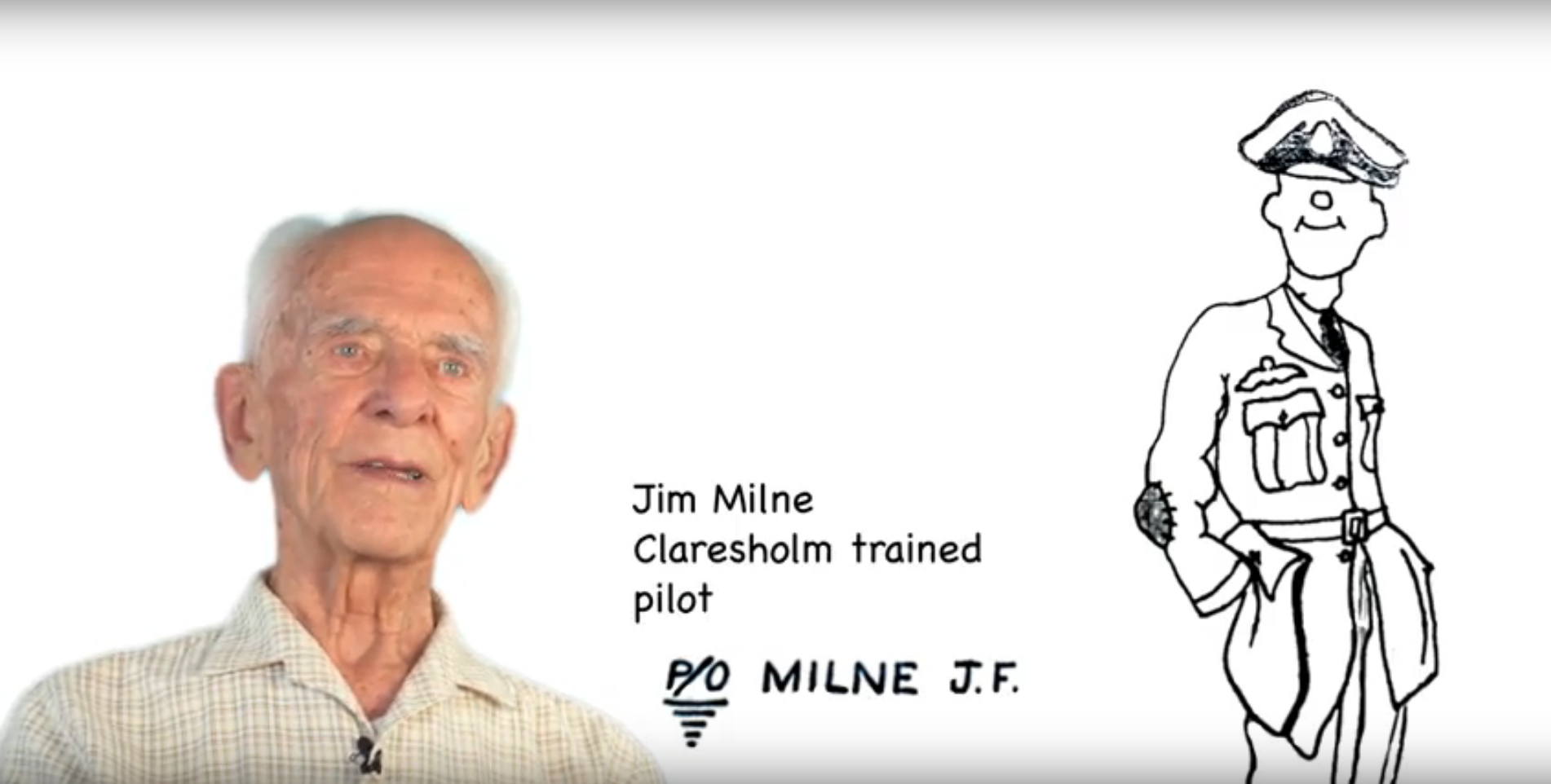 P/O Jim Milne and one of his 1940 RCAF drawings

Flying Blind: Learning on the Link Trainer Training Aircraft: the Cessna Crane and the Avro Anson