Pilot and aircrew training began long before they arrived at the Service Flying Training School in Claresholm. 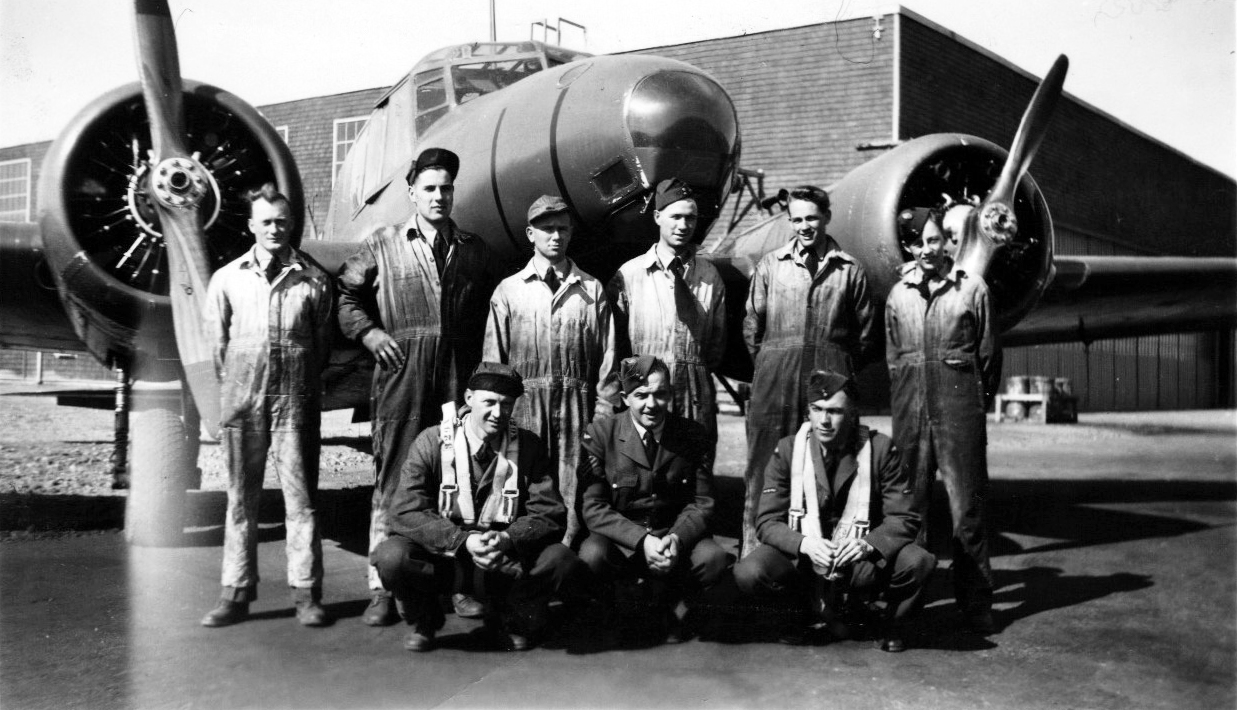 Pilots and ground crew pose in front of Avro Anson training plane at No. 15 SFTS.

After acceptance into the British Commonwealth Air Training Program, new recruits reported to one of seven Manning Depots located across the country. At the Manning Depot, each recruit would obtain his uniform and kit. He would then receive 4 – 5 weeks of military and physical training, and of course, learn how to march and salute! 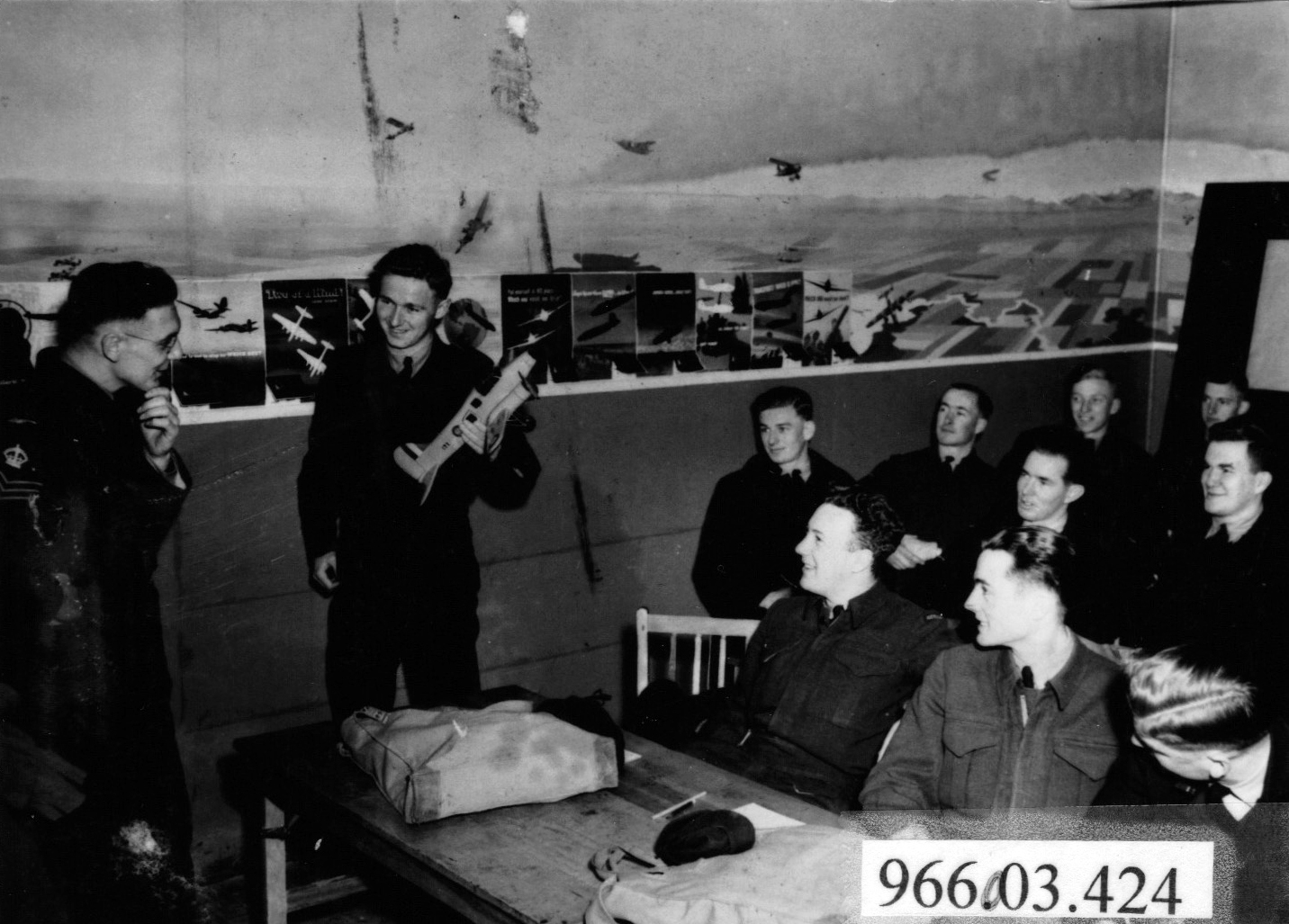 While at the Manning Depot, each recruit took aptitude testing to determine which stream of training he would move forward in. Some would carry on to pilot or aircrew training, while others would move on as all-important ground crew trainees.

After the Manning Depot, pilot and aircrew recruits started on their 26 – 28 week training programs, moving to bases and schools across the country as their training progressed. 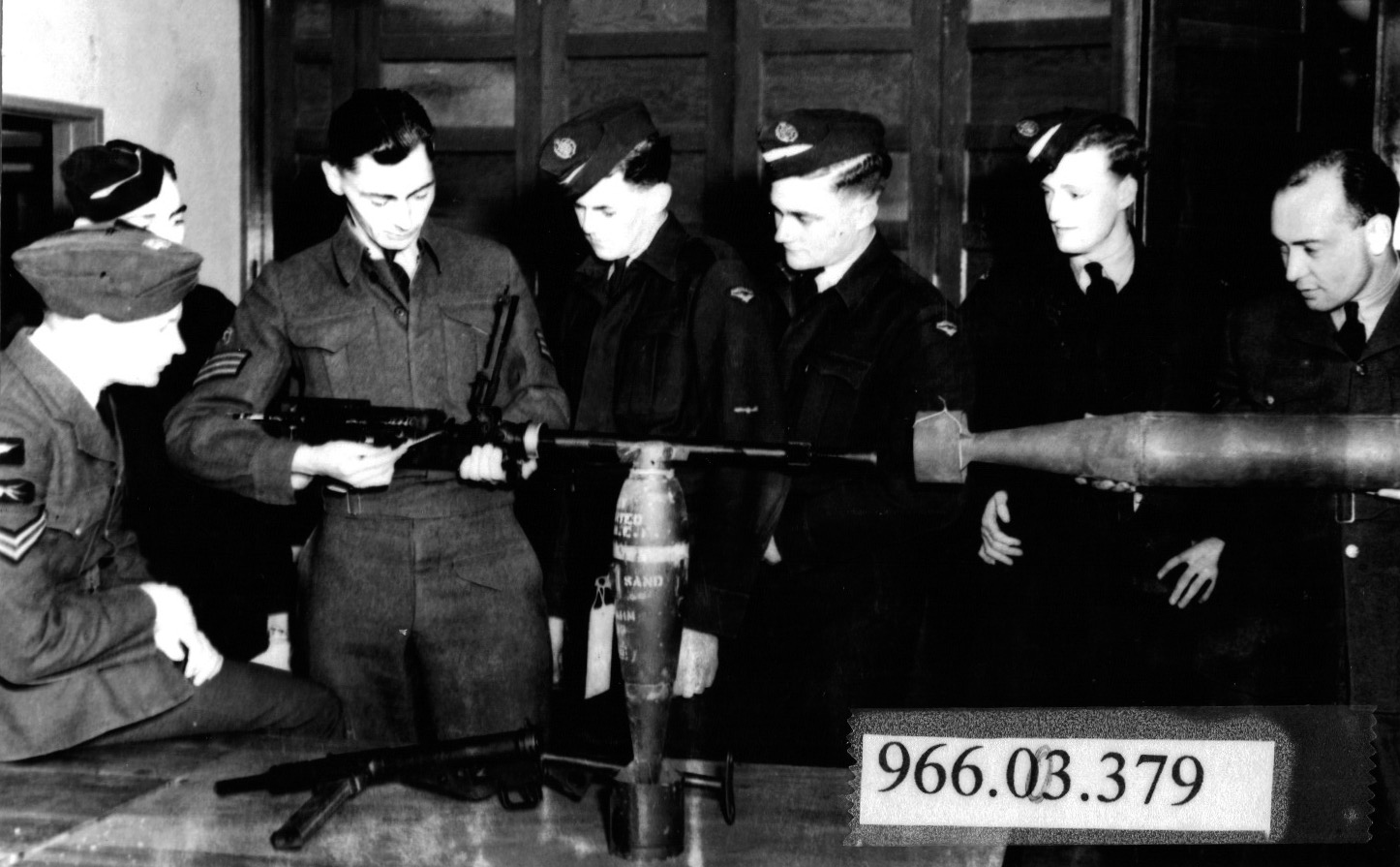 Gunnery Training: Weapons training was included in the program at No. 15 SFTS. 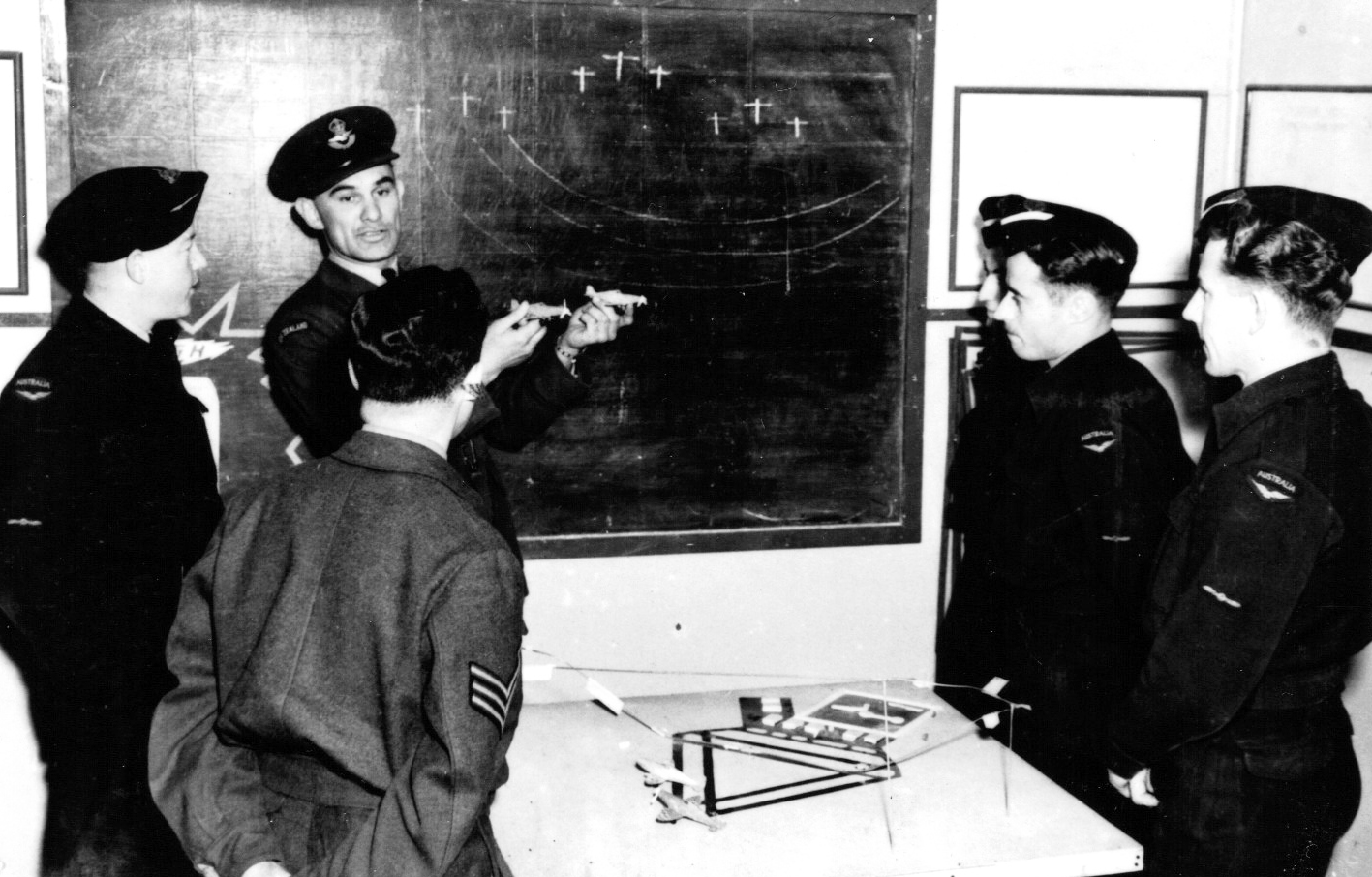 Formation Flying Training: flying in formation began in the classroom at No. 15 SFTS. 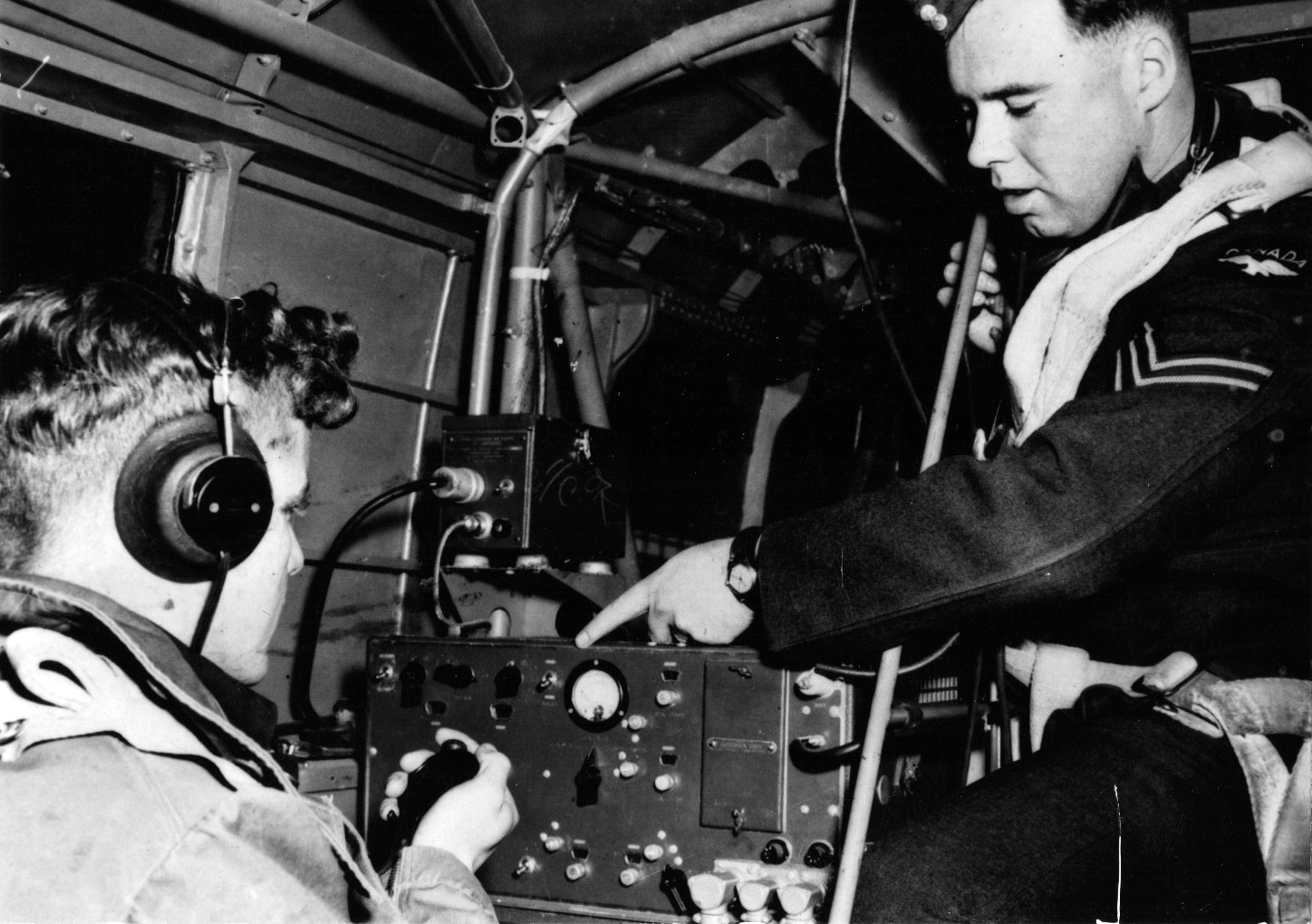 Wireless Training: wireless communications were used in flight and on the ground. 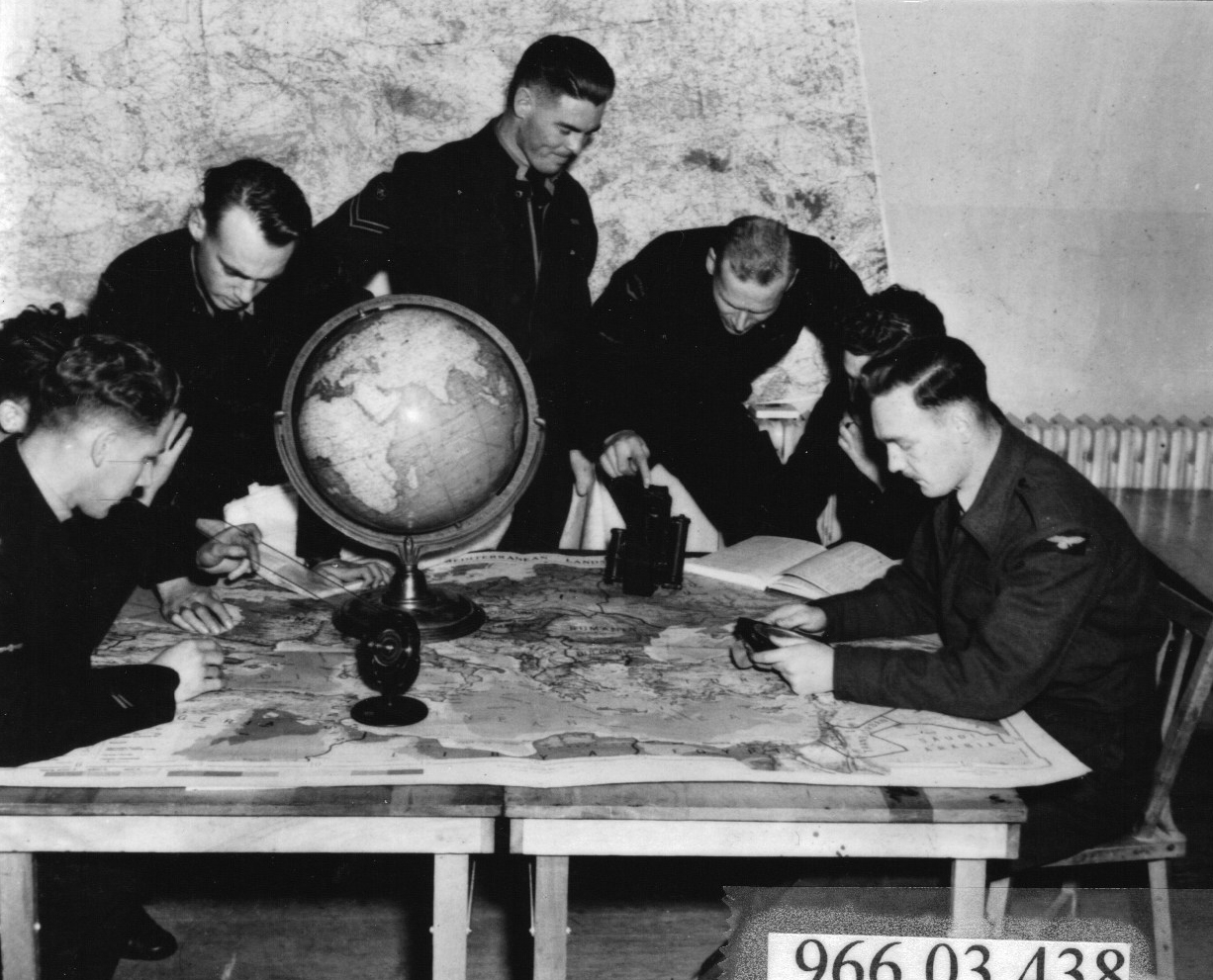 Navigatin Training: Studying maps, geography and potential flight paths at No. 15 in Claresholm. 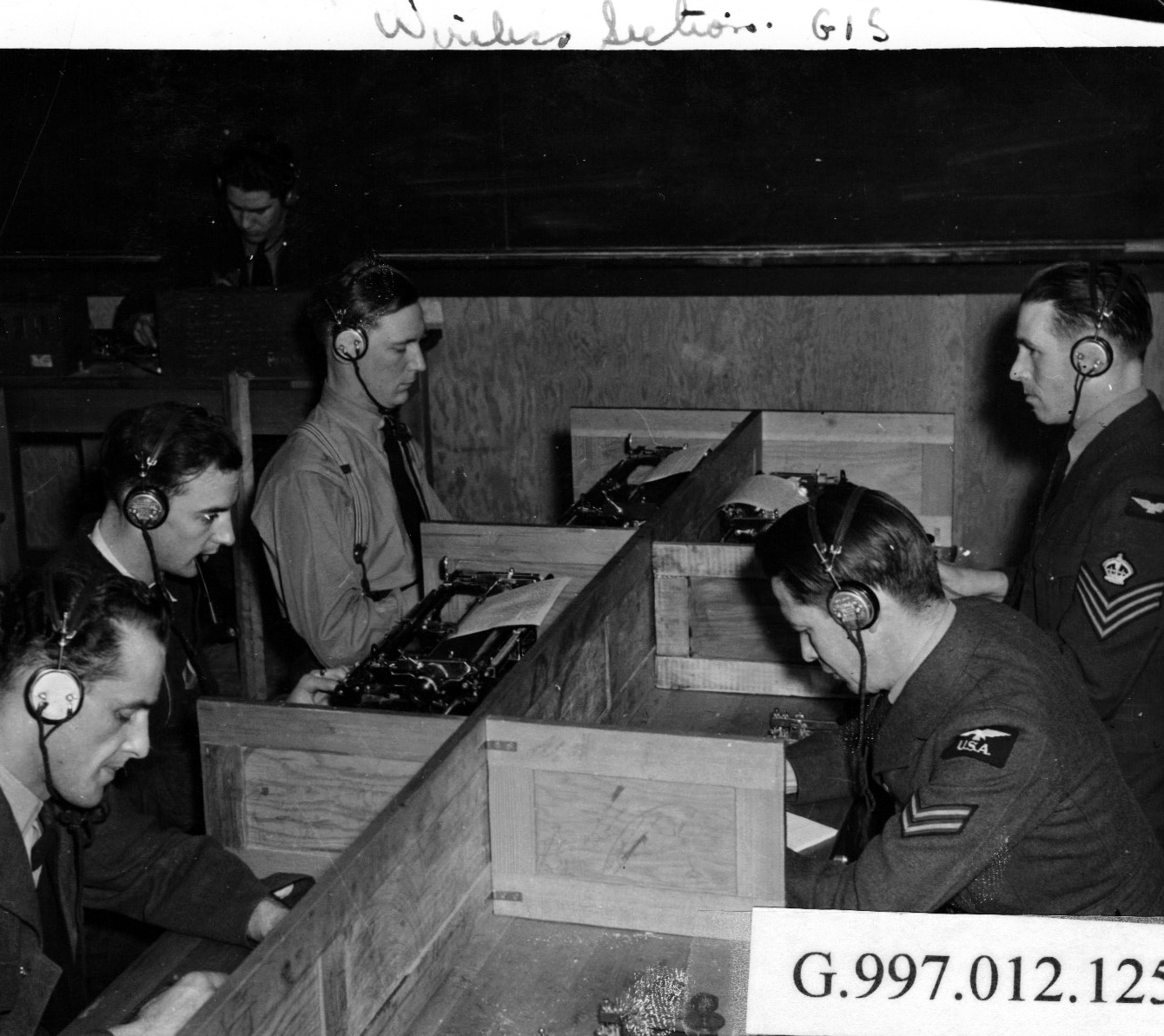 Communications personnel also trained at the airbase in Claresholm.

The course at Claresholm consisted of up to 100 hours of in-air flying time. This allowed students to practice take-offs and landings in all  weather conditions, aerobatics, navigation and night flying.

However, all of this was initially practiced safely on the ground in a flight simulator called the Link Trainer.