“Through Patience We Shall Conquer” 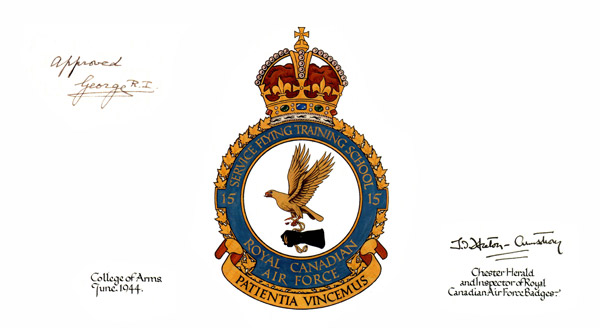 In May of 1942, RCAF officials announced that No. 15 SFTS was to have its own official unit badge. This honour was rarely bestowed on training units, so it was quite an honour for the Claresholm school.

Station personnel were asked to submit their ideas and artwork in a competition to create the crest. The deadline for the competition came and went, but the selection committee did not receive any artwork suitable for such an honour.

Not long after, the Commanding Officer was performing a routine inspection of the barracks block. In the Women’s Division block, he noticed a rough drawing pinned to one of the WD’s locker doors.

The sketch for the unit badge included a verse from a poem about a falcon soaring into the blue, with a reference to the phrase “conquering through patience.” Enthralled with the artwork and the theme, the Commanding Officer requested that they be combined to create the airbase’s unit badge.

After a few revisions, the final approved crest featured a falcon gripped by a gloved hand, with the Latin motto Patientia Vincemus written on a scroll under the badge. The phrase Patientia Vincemus translates to “through patience we shall conquer.”

Off to England for Approval

The crest was approved by RCAF headquarters in Ottawa in December 1942. However, before a unit badge could be used officially, it had to be approved by the King of England himself.

The badge was sent to the Royal College of Arms in London, UK in March 1943. Months of correspondence and changes to the artwork at the College of Arms followed. King George VI officially approved the Claresholm RCAF crest on June 6th, 1944.

The official crest was shipped back to No. 15 SFTS and was presented to Claresholm airbase’s Commanding Officer, Group Captain W. E. Kennedy, over two years after its initial creation.

No. 15 Service Flying Training School officially adopted the crest as its unit badge on August 16th, 1944, the third anniversary of the opening of the airbase – an exercise in patience to be sure! 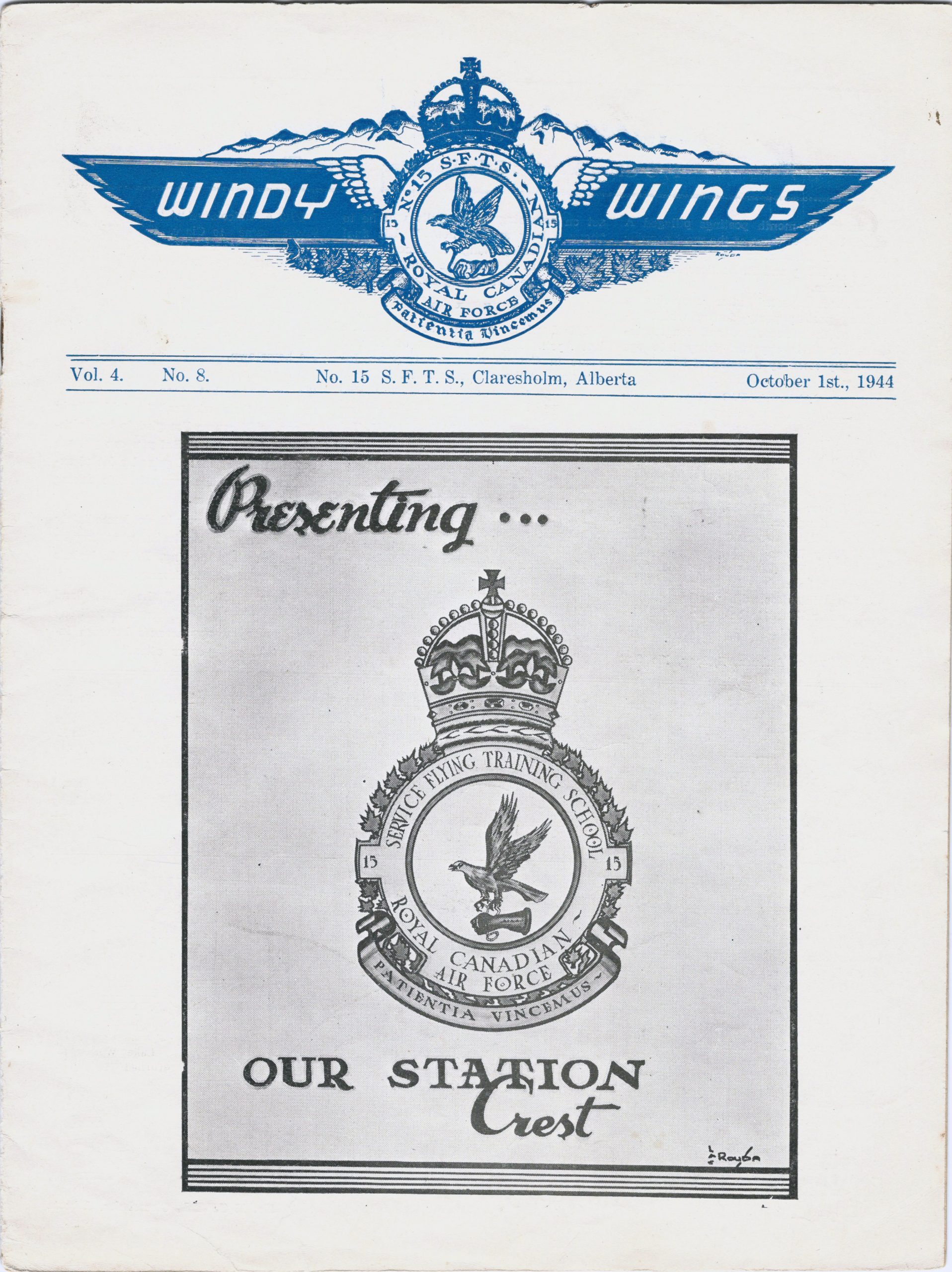 Cover of the on-base monthly newsletter “Windy Wings,” announcing the presentation of the crest.

Flying Officer Prunes Jr Onward, to Victory in the Air